Cosplayer of the Month: Stephanie Todd 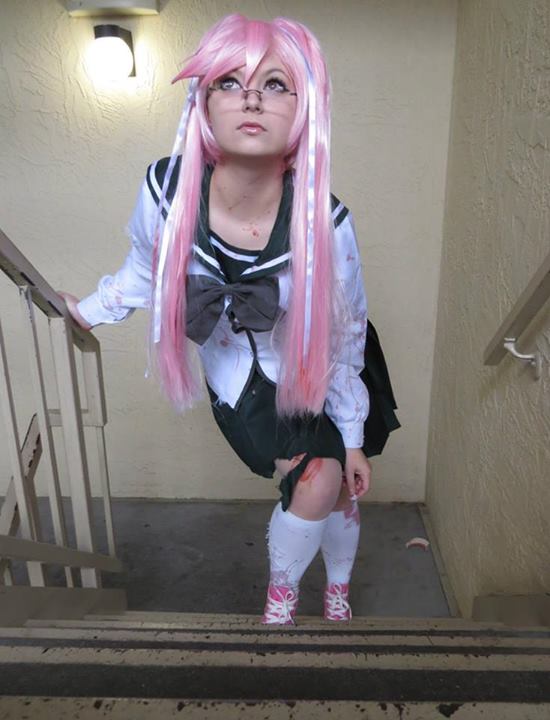 Stephanie Todd is our Cosplayer of the Month, who also just happens to be a genius Zombie fighter! When she’s not portraying Saya Takagi from High School of the Dead, Stephanie cosplays as various characters from her favorite anime, video games and TV shows. In our interview, Ms. Todd discusses the inspirations for her costumes, socializing with anime celebrities and mistakenly being mistaken of cosplaying, while wearing regular clothes in the Philippines!

First of all, tell me a little about your nickname, Trillin. How did you get it?
– “Well, at the time that I got it, I was only around 10 years old and quite honestly, it was just something my cousin and I made up. We were just getting into anime at that time and wanted more character-like names.”

How long have you been cosplaying?
– “Five years now, officially, although I tried making costumes and props when I was much younger. I just didn’t know about conventions, yet!” 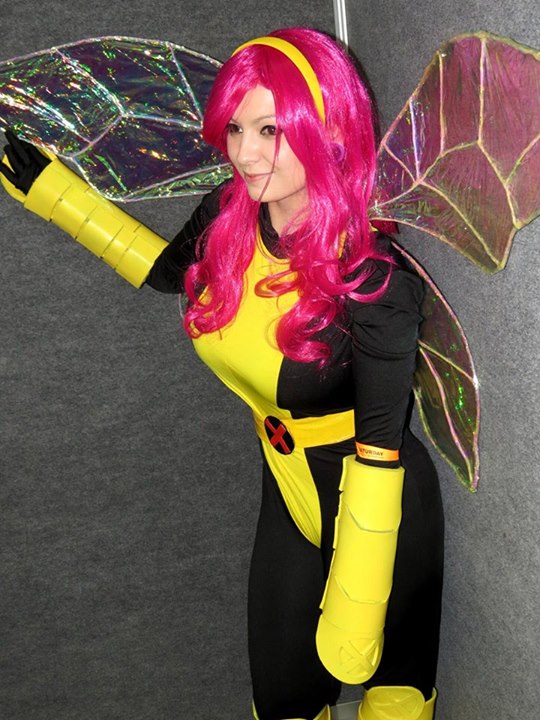 What was your very first cosplay costume?
– “C.C. from Code Geass, lolita version.”

What made you decide to cosplay?
– “It seemed like it would be fun. I loved the idea of bringing my favorite characters to life and the fact that everyone portrays them differently.”

What’s the cosplay character most people associate with you?
– “Hmm, that’s a tough one… I would guess Honey (Ouran High School Host Club) because I am very bubbly, and love sweets and cute things.”

Do you make your costumes? Have you created costumes for others?
– “I would say a good 50 to 60 percent of the costumes, yes. 100 percent on props and wigs. I have not made any costumes for anyone, but I’ve done numerous props and wig stylings for friends.” 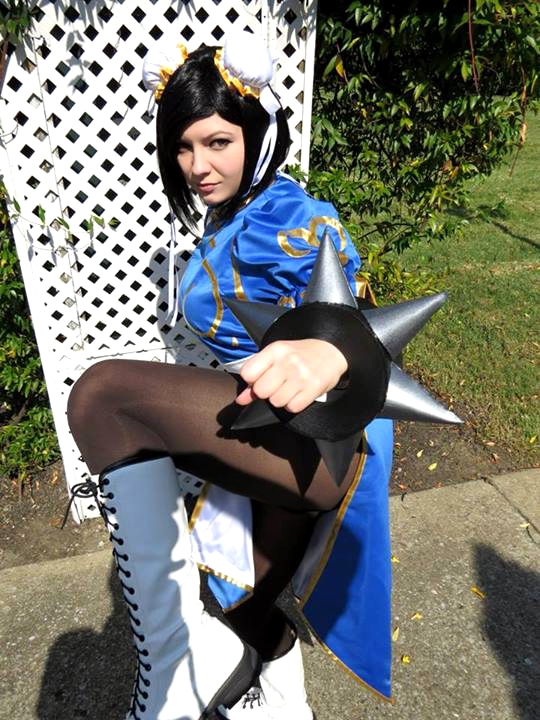 What are some of your inspirations for costumes?
– “I try to be as accurate as possible so the characters themselves! I can spend hours looking up photos to see the costume from all angles, to make sure I don’t forget any details.”

Can you preview any costumes you may be currently be working on?
– “I am currently not working on any new ones until later this year, but several are getting re-vamped, such as my Pixie (X-Men) cosplay. I learned so much making her armor, that I really think I could do a much better job a second time around!”

What advice would you give to beginner cosplayers?
– “I still consider myself a beginner, lol. But I would tell them to just do their best and don’t mind any negative comments that they receive. I fully believe that cosplay is about fun and if you’re doing your best, then it should be good enough for everyone else!”

What’s one of your favorite cosplay costumes and why?
– “Chun Li, because I get to fight everyone I come across!”

You recently took a trip to The Philippines. Did you need a vacation from all the cosplaying you’ve been up to?
– “Ha ha. Oddly enough, most people mistook my normal fashion style (Cyber Goth) as cosplay and asked for photos with me! I absolutely adored it there and can’t wait to return! It was amazingly beautiful, the food was fantastic and the people were fabulous. Seriously, I don’t have a single complaint!” 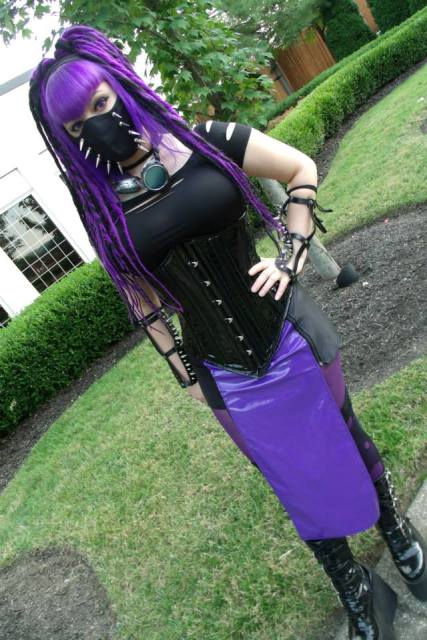 I met you at Yama-Con in your Saya Takagi costume. Are there many cosplayers portraying characters from High School of the Dead?
– “Oh, yes. The series was insanely popular only a few years ago, so it’s still a hugely cosplayed anime.”

Were you excited (or frightened) to see a fellow Zombie hunter at Yama-Con?
– “Most definitely excited! The more the merrier, when it comes to slaying Zombies.”

Will you be working on any new Zombie-related costumes for 2014?
– “There aren’t currently any plans, but I don’t rule anything out. I make a lot of spontaneous decisions, when it comes to cosplay, so there are many last-minute additions to my long list.”

What’s your favorite Zombie movie or program?
– “Shaun of the Dead, without a doubt! I’ve seen the movie numerous times and I never get tired of it!”

I’m guessing you’re a big anime fan. What are some of your favorites?
– “I most certainly am and have been for the past 16 years (oops, revealing my age here!). That list could go on and on, so, for the sake of time, I will list five in no particular order: Code Geass, Last Exile, Samurai 7, Outlaw Star and Clannad.” 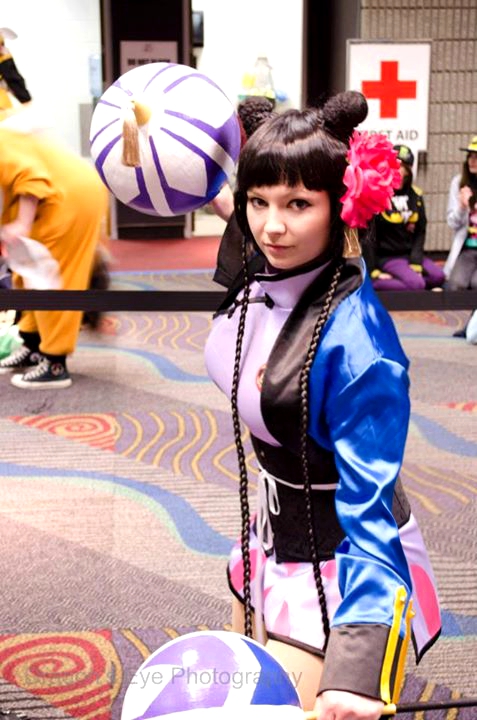 What are you currently geeking out to?
– “I’m currently on the Kill la Kill train.”

What was your highlight of Yama-Con?
– “I loved Yama! They really impressed me last year and didn’t disappoint again this year. Little Kuriboh was most certainly my highlight, as well as seeing Johnny Yong Bosch again.”

How many conventions do you regularly attend?
– “Usually around five or six a year, but last year was a crazy 10! There was just too many that I couldn’t pass up!”

How many conventions do you plan on attending in 2014?
– “In 2014, I am taking a slight break and will be reverting back to the five or six major cons, because I will be too busy with a new job, moving, and possibly having my boyfriend from the Philippines move to the US! So, as much as I adore conventions, this year it’s taking a backseat!”

What are some of the cons you plan to attend in 2014?
– “Several day cons, but my only major convention plans are Kami-Con, Akai Con, Anime Weekend Atlanta, Geek Media Expo and Yama-Con. This can, of course, change at any minute. As I said earlier, I’m extremely spontaneous when it comes to these types of things!”