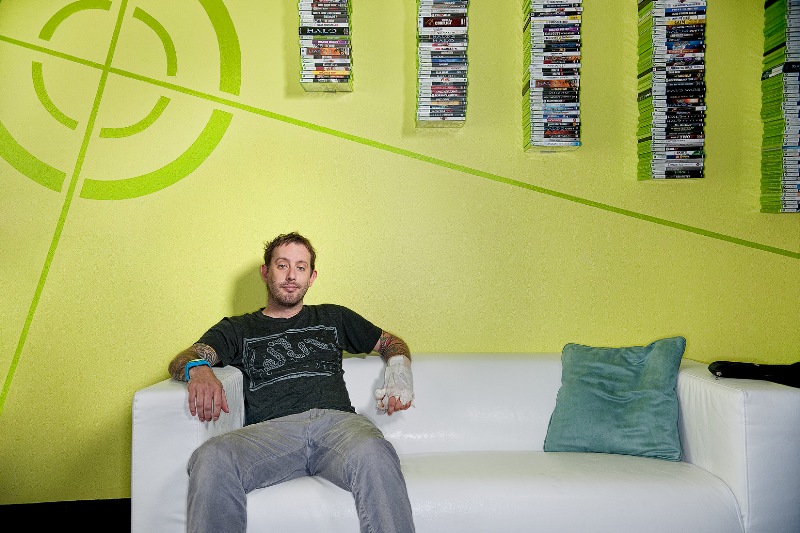 Per Matt
Rooster Teeth is synonymous with Halo and Geoff Ramsey has been a major contributor to that cause.

Geoff was part of the original group that created hilarious online video game reviews and later formed Rooster Teeth as a company. One of their initial creations, the Machinima series, Red vs. Blue, took a comedic look at the Halo mythology. Not long afterward, Achievement Hunter was created and Geoff Ramsey’s influence has broadened across all its channels. Mr. Ramsey was kind enough to discuss working with the Halo franchise as a career, having a multiplayer gametype based on his character and struggling with the one achievement that gave him fits.

You got your start working as a Production Assistant at View Askew. Was working with Kevin Smith a barrel of laughs?
– “I actually worked on stuff he produced, not directed, so he wasn’t ever on set when I was (that I can remember). However, I did get the chance to talk with him a few times at his offices and comic shop. He was a really down-to-earth, nice dude.”

I’ve read the origins wiki entry, but wanted to get your perspective on how you got involved with Rooster Teeth.
– “Oh, geez. It’s been so long ago, I’m starting to forget. I guess Gus (Sorola) and I started a website called Drunkgamers, that Burnie (Burns) eventually started writing for. At some point, he started making Halo gameplay videos and had the idea to put voiceovers on top of them. Red vs. Blue kind of evolved from that. Then, once it started getting popular, we made a legit company out of it and quit our day jobs.”

Do you have any comedy training or does it come naturally to you?
– “I’ve never been trained in anything, ever. I just fumble through life, until people take pity on me.” 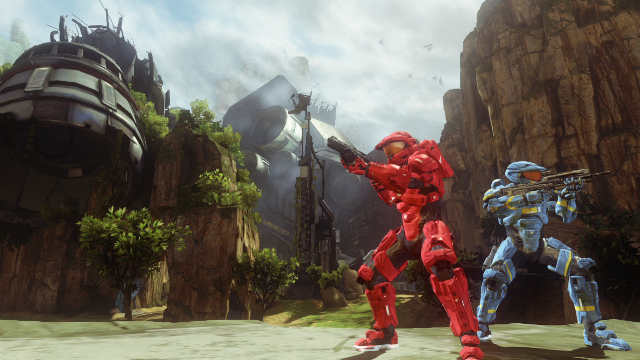 What kind of reaction did Microsoft have after Red vs. Blue was released?
– “They were like, ‘whoa’ and we were like, ‘cool.'”

In Red vs. Blue, you voice Grif. Is this character based on your personality or anyone you know?
– “You’d have to ask Burnie that, as he created the character, but I guess over time, all of the RvB dudes have been influenced by their actors, in some way.”

During Red vs. Blue table reads, how much ad libbing is going on, if any?
– “To my knowledge, we’ve only ever done one table read. That being said, ad libbing does go on in the recording booth. Some people do more than others (Matt comes to mind).”

At this point in time, are you more known for your work on RvB, Rooster Teeth, Achievement Hunter or something else?
– “I’d kind of like to think that they know me from being a world-class lover.”

What kind of relationship does Rooster Teeth currently have with Microsoft?
– “We’re an officially licensed partner.” 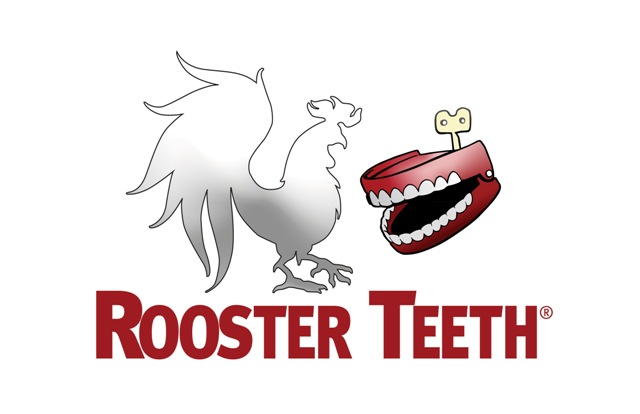 Has there ever been anything Rooster Teeth, Red vs. Blue or Achievement Hunter cannot display, per Microsoft mandate?
– “If there was, I could only tell you seconds before killing you.”

How many original employees helped start Rooster Teeth, from the very beginning?
– “Once again, that was a very long time ago, but if memory serves, it was Burnie, Gus and I.”

What’s the biggest change you’ve noticed from Day One to today, for Rooster Teeth?
– “Well, we have a lot less hair than we did back then and Gus got fatter. Somehow, I look better, though.”

Do you have a team of people figuring out individual video guides or do you receive insider information for help?
– “It’s a combination of all of the above.”

Your video guides are hilarious and helpful. Was there any one particular achievement that gave you fits?
– “Achievement Hunter kind of started because Burnie and I were having trouble getting the Mile High Club Achievement in Modern Warfare and there just weren’t any good guides to help. So, I guess that one.”

What is the current status of Fails of the Weak?
– “It comes out every Friday on our website!”

Is there any chance of having new Rooster Teeth content, exclusive to Halo Waypoint?
– “There’s always a chance of everything.”

How does it feel to have a Halo multiplayer gametype based around your character, Grif?
– “It’s fucking awesome. It would be even better if the point wasn’t to blow me up.”

Describe the average day, for you, at Rooster Teeth.
– “Oh, you know…”

What’s the most bizarre thing you’ve found within a Halo game?
– “Probably the monkey people in Halo 3.”

What’s your favorite Halo game and why?
– “Probably Halo: Combat Evolved, as it gave me this dumb career.” 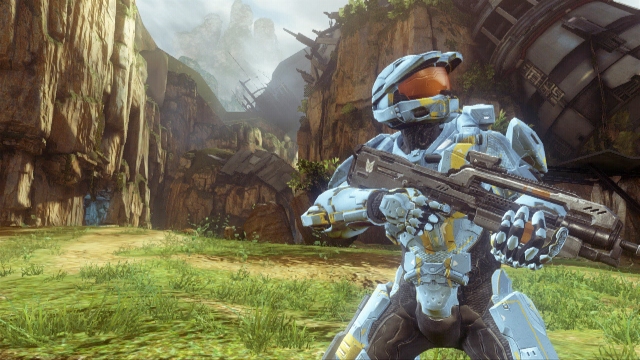 What’s your all-time favorite video game and why?
– “That’s a tough one. All of the Halos are up there, as are the Fable games and Viva Pinata games.”

What can we expect from Rooster Teeth in 2014?
– “More dumb videos than you could ever possibly watch.”

What are some upcoming Rooster Teeth projects can you can preview for us?
– “We definitely have a few in the works, but we don’t announce them before they are ready.”

What conventions will you, personally, be attending in 2014?
– “I’ll be at RTX in downtown Austin, Texas. Go Longhorns! Yeah!”