Cosplayer of the Month: Michael Wong 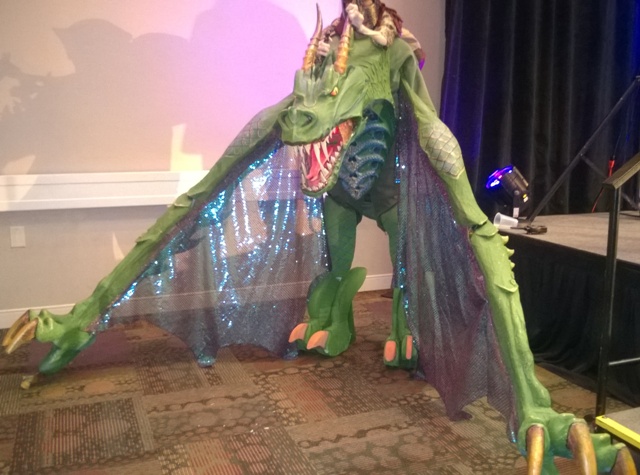 Per Matt
Michael Wong rode his dragon and its 14-foot wingspan to victory.

At the 2015 Lexington Comic & Toy Convention, the Costume Contest featured some great creations. Contest judges Drew Curtis (Owner of Fark.com), Tyler Phillips (Garrison/Con Liaison for the Midsouth garrison of the 501st Legion) and Soni Aralynn (Cosplay Guest) had some tough decisions to make this year, with many incredible costume creations in attendance.

Ultimately, the winner of the $1,250 cash grand prize created a Dragon Rider, inspired in part from Eragon. After the contest ended, I got a quick interview with the winner, Michael Wong, who spent a considerable amount of time on the costume, which was quite impressive up close and personal. Pictures don’t do it justice. Its 14-foot wingspan must be seen in person to be believed!

Each year, the costume contest keeps getting bigger and better. Make sure to catch next year’s Lexington Comic & Toy Convention for another great costume contest! 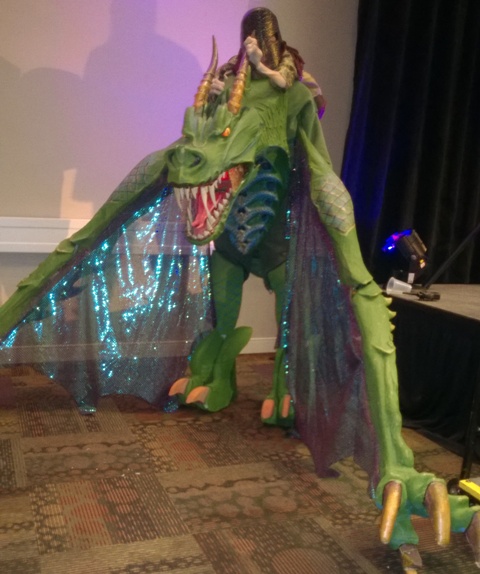