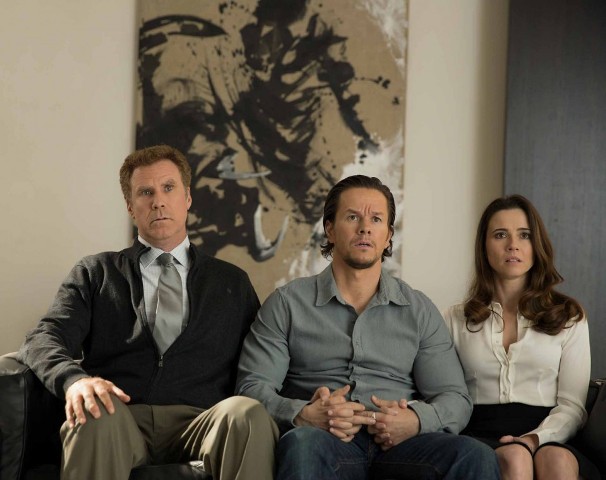 Per Matt
Will Ferrell and Mark Wahlberg fight for the affection of their family in Daddy’s Home.

It’s a father versus step-father feud for the two actors, in their second on-screen pairing (the first was the comically superior film, The Other Guys). Ferrell’s Brad Taggart marries into the family of Sarah (Linda Cardellini) and her two children (Scarlett Estevez and Owen Vaccaro). Little did Brad know he’d be intimidated by the kids’ deadbeat biological father, Dusty Mayron (Wahlberg), who only recently learned that Sarah has remarried. Naturally, the guys proceed to compete in a “Dad Off,” with the winner allowed to return to their loved ones.

While the two actors have great on-screen chemistry, this is not your typical Will Ferrell movie. With its PG-13 rating, Daddy’s Home feels like its script has been diluted for a younger crowd. Because of that, the funnier bits feel all-too tame. There’s plenty of laughs at the beginning and the conclusion, but somewhere within Act II, they disappear.

Ferrell’s fine as the responsible Brad and Wahlberg’s too-cool-for-school Dusty is a hoot, but both actors seemingly portrayed similar characters in The Other Guys. Daddy’s Home would have felt much more original had they swapped their roles. Instead, the filmmakers chose the safer option. Hannibal Buress’ handyman, Griff, was a definite highlight of the film… sadly, he didn’t have much screen time.

Overall, Daddy’s Home is a funny movie, which will most likely make a lot of money at the holiday box office, but it could have been so much more, with only a few tweaks.

Strength: Funny story, good actors.
Weakness: Feels like the filmmakers took the easy (and more familiar) route with this film.
WTF Moment: Having a dance off to solve a feud was torn straight from the pages of classic ’80s movies, but didn’t feel out of place here.