What’s Next for the Jurassic Franchise? 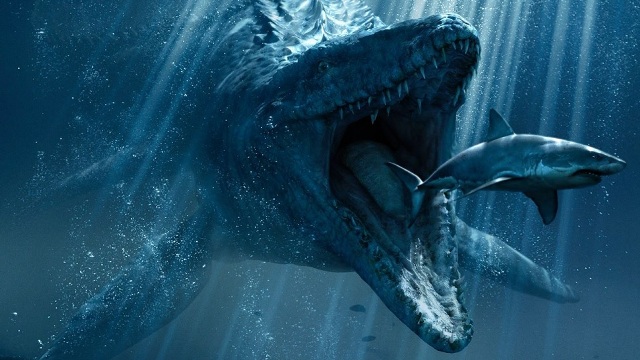 Per Matt
“No one is impressed with a dinosaur anymore.”

That line of dialogue cannot be further from the truth. After Jurassic World broke multiple box-office records earlier this year, the future seems incredibly bright for distributor Universal Studios. With not one, but two upcoming sequels already announced, what’s next for the Jurassic franchise?

“That first park was legit.”
Way back in 1993, Steven Spielberg adapted Michael Crichton’s best-selling novel, Jurassic Park, the story of a dinosaur wildlife park on Isla Nublar that featured cloned Velociraptors and Tyrannosaurus rex creating chaos. The movie was a critical and commercial success, winning three Academy Awards, raking in $914 million at the worldwide box office and becoming the highest-grossing movie at that time.

“These people never learn.”
A sequel was a no-brainer. Four years later, The Lost World: Jurassic Park opened with big-time hype and expectations. Spielberg, Chrichton and a few original actors returned for another big-screen adventure. This time, the setting was moved to the nearby island Isla Sorna, where free-roaming dinosaurs lived within their own ecosystem. More of the same dinos appeared here and the film received mixed reviews, with many critics arguing the movie felt too much like the original. Although it set a few opening-weekend records, the total box office fell short of the original, even though it was the second highest-grossing film of 1997.

“Some of the worst things imaginable have been done with the best of intentions.”
Without Spielberg directing or Chrichton writing the script, Jurassic Park III was the first franchise film not based on a novel. Director Joe Johnston oversaw an ever-evolving script that was darker than its predecessors. Actors Sam Neill and Laura Dern reunited from the original film, this time in a new setting (Isla Sorna), which featured killer Spinosaurus and Pteranodon. Considered a successful movie, Jurassic Park III was profitable, but its worldwide box office made the least amount of money. Many considered the franchise tired and redundant.

“There’s a point where you have to grow up.”
Fourteen years later, Jurassic World escaped development hell to begin a new trilogy. Going back to the basics, a dinosaur theme park has been built atop the ashes of the original film’s wildlife park on Isla Nublar. Consumers have spoken and told bioengineering company InGen they want bigger, louder creatures with more teeth. This was the inspiration (as well as audience sentiment for the franchise, as a whole) for creating an entirely new dinosaur, the Indominus Rex. Surprisingly, the movie flew under the radar during pre-production, but it arrived with a bang. After its record-breaking opening weekend, Jurassic World became the highest-grossing film of 2015, totaling $1.7 billion dollars at the worldwide box office. It looks like the franchise has finally grown up in a BIG way.

Although Star Wars: The Force Awakens continues to fight for those same box-office records and may ultimately pass the film, Jurassic World has proven the general public still has interest in the franchise. Universal Studios has announced their intentions of releasing (at least) two more Jurassic sequels, with the first one hitting movie theaters in 2018 (the second one doesn’t currently have a release date). Having watched each of the four released movies so far, I began speculating on where the Jurassic stories could go next.

“Extinct animals have no rights.”
So far, the filmmakers have featured many carnivorous land-based dinosaurs, but they’ve only begun to explore aerial and aquatic cloned creatures. With a storyline that moves off the island, there will have to be more than just Pteranodon and Mosasaurus as the featured dinosaurs. Shown on-screen escaping their island-based aviary, where will the flying creatures go? And since there was no way possible to cage the gigantic swimming Mosasaurus, what’s its next destination? Hopefully, those weren’t the only flying and swimming creatures that were created in Jurassic World and others will soon be discovered.

One rumored premise for the fifth movie may incorporate “dinosaur soldiers” into its storyline. In fact, one of the Jurassic World characters hoped to weaponize the creatures, but what if somebody else already beat him to the punch? I prefer the premise for another movie simply being a disaster movie, where the monsters wreak havoc on the mainland. Pre-historic creatures tearing up North America feels somewhat derivative, but featuring them tearing up South America feels incredibly original. Regardless, the next movie should take place anywhere in the entire world, with the exception of the previously seen Central American Pacific coast islands featured in the first four films. Will the dinosaurs reach Europe? What about Asia? Better yet: This franchise could possibly cross over into the upcoming Universal monster movie reboots. That could be a killer film!