Have Yourself a Merry Monster Christmas and a Geeky New Year! 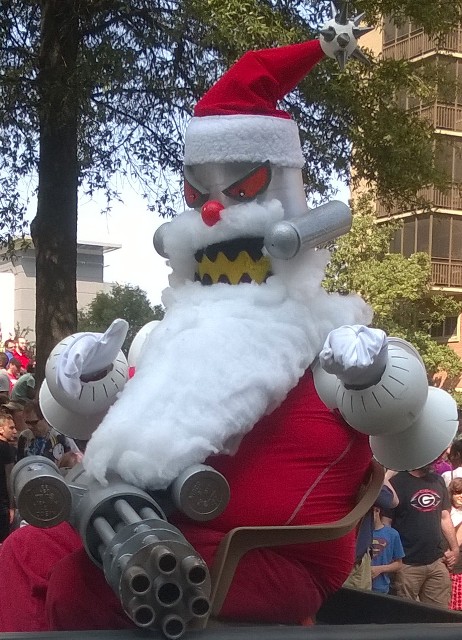 Per Matt
Temporarily abandoning his death fortress at the North Pole of Neptune, Robot Santa (of Futurama fame) made a special appearance at the 2015 Dragon Con Parade. There were many great cosplayers attending the Atlanta-based convention, but this one stole the show.

On behalf of everyone at Zombies In My Blog, we’d like to wish you a Merry Monster Christmas and a Geeky New Year, too!

Not seen attending the Dragon Con Parade with Robot Santa: Chanukah Zombie and Kwanzabot (although there were other great Futurama characters represented there). Hopefully, they will make an appearance next year!