David Cronenberg Existentially Evolves with Crimes of the Future 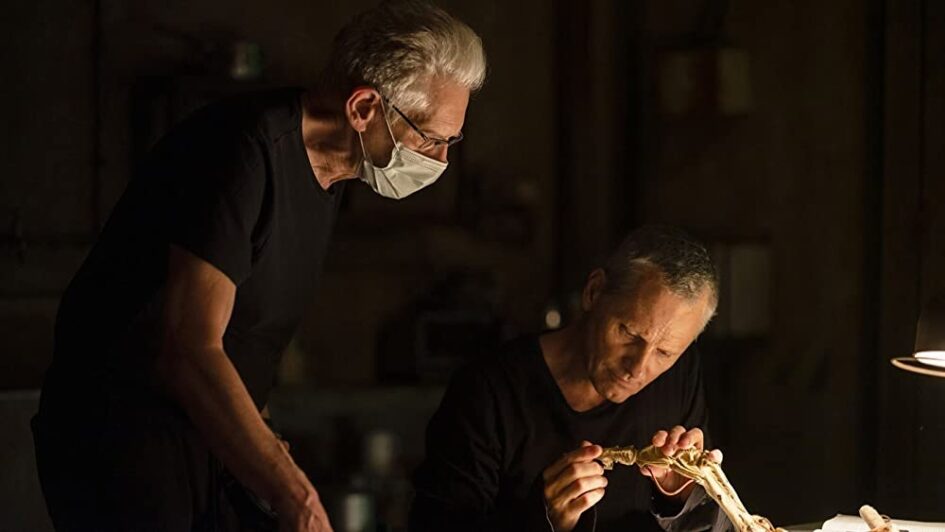 David Cronenberg brings his futuristic vision back to the big screen in Crimes of the Future.

Per Matt
It’s been far too long since David Cronenberg graced us with his big-screen vision. In fact, I can’t remember the last movie I’ve seen from the filmmaker (although Cronenberg World from Rick and Morty immediately comes to mind). I think I watched A History of Violence, but it was so long ago I don’t remember much. It’s definitely time for a revisit (which I don’t do with too many films). I don’t think I ever caught Eastern Promises or A Dangerous Method, but I absolutely remember eXistenZ, which I truly enjoyed. After a far-too-long hiatus from the sci-fi horror genre, Cronenberg is back, exploring Crimes of the Future.

Now, to start it all off, I don’t like the title. I wish it was a little more creative. In addition to being the EXACT same name of Cronenberg’s unrelated 1970 film, I initially thought this was yet another dystopian future crime story in the veil of Minority Report. I’m so glad I was wrong.

In this movie, the future looks bleak as human bodies are changing in some people. Pain thresholds have all but disappeared and there’s no more infections. Desktop surgeries take place everywhere from private houses to public streets. The chief concern of the government is evolution going wrong. Real wrong. And it’s afraid of what might come.

Saul Tenser (played by Viggo Mortensen) is a performance artist who grows new organs as if they’re tumors. Teaming with his partner, Caprice (Léa Seydoux), they remove these body parts to packed houses. Surgery is the new sex, so if art and pain are synonymous, these life-saving performances absolutely make the artists in demand. But they also attract a darker crowd.

Apparently, there’s radical evolutionists that have allowed their bodies to grow their new organs to the point that their digestive system can process plastics and toxic waste. How far will this cell’s anti-government agenda take them?

“The creation of inner beauty cannot be an accident.”

As I only briefly heard about this film before its wide release, I really wasn’t sure what to expect from Cronenberg this time around. I mean, he hadn’t released a new feature film for eight years, so I truly didn’t know if he still had it in him. I picked up this movie as a Redbox rental since its presence within movie theaters was way-too brief, and so many familiar feelings about the filmmaker came rushing back as I was watching it. 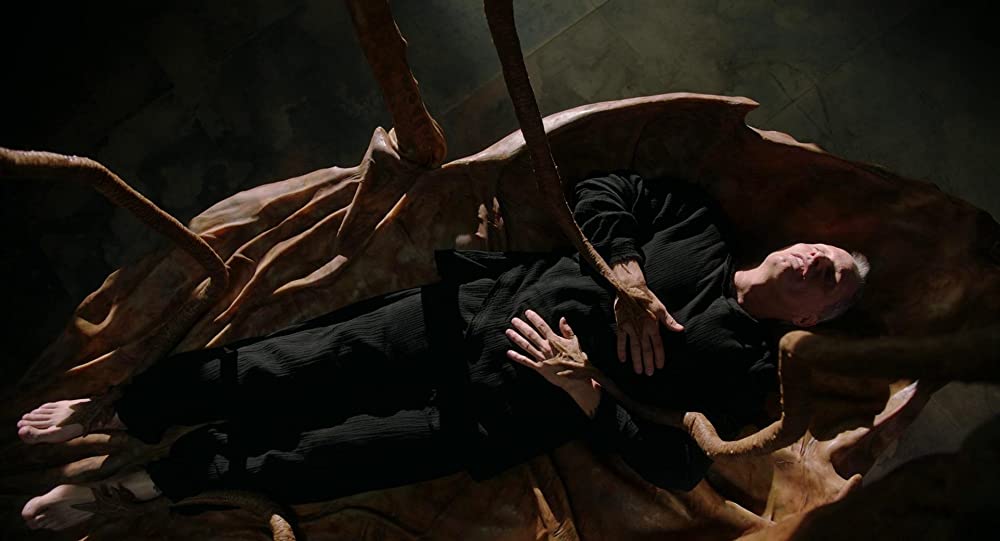 How does one remotely get comfortable in a beetle bed?

With elaborate-looking sets and costumes, the movie LOOKS incredible! I enjoyed watching Saul navigate his insect-like, skeletal and creature-centric furniture while attempting to eat, swallow and breathe, while gagging as he fights with his own body. That being said, Cronenberg hasn’t forgotten how to make you feel so uncomfortable that you will unconsciously scratch your body as your skin crawls throughout this journey.

Now, there’s blood shown in this film, but it’s not flowing or gushing (with the exception of one scene). There’s that. But can you handle neo-organs being tattooed (while they’re still attached), so they’re not passed onto new generations? When they’re removed, they’re a sight to behold. You’ve been warned.

I was first introduced to Cronenberg via The Fly, which I truly enjoyed. I’m a fan of Crash and think eXistenZ might be my favorite from the filmmaker. I can understand why multi-hyphenates don’t always release a feature film every year, but it’s been way too long since a crazy Cronenberg movie has been released. And after watching “The Making of Crimes of the Future” featurette, I finally got a little bit of insight into his mind.

Do I truly believe that society is killing children from the inside out? Well, if we’re talking about hormones and the current state of our food industry, a persuasive case can be made. But if we’re discussing crimes committed by the human body, then that’s something totally different. At times, I felt the film had philosophical, even existential Blade Runner vibes. At other times, it felt like the filmmaker was just trying to push boundaries as far as possible.

What kind of world will we live in if cosmetic surgery is “the new sex,” and hormonal imbalances become all the rage? Only through science fiction can we explore these dilemmas, and David Cronenberg seems to know it best. If you happen to be looking for avant-garde performances featuring the Best Original Organ WIth No Known Function, then you’ve come to the right place.

Definitely tune in for Neon’s Crimes of the Future to satisfy your body-horror itch this spooky season!