Clerks III May Be Great, But Have You Seen Tusk? 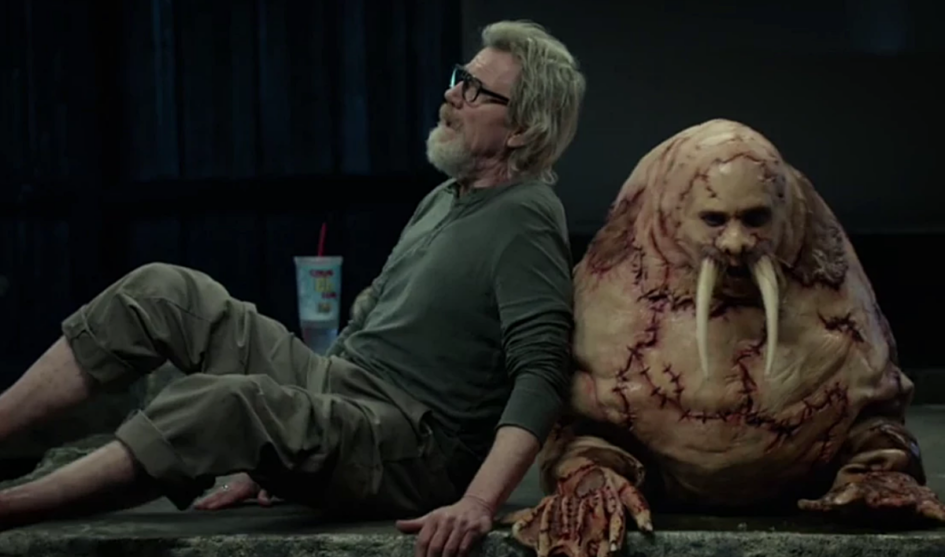 The body horror subgenre is full of outstanding movies that will make your skin crawl. I have reviewed a few recently, such as Swallow and Titane (So check those reviews out, por favor!), but my appreciation for the genre, itself, goes back many, many years.

I think the first film I ever watched that focused on doing nasty things to oneself was The Fly (1986). While Jeff Goldblum didn’t exactly do direct harm to himself, he did make the machine that slowly merged him with the titular flying insect. Watching his skin sloth off his bones, complete with the facial disfiguring, makes The Fly one of the best examples of body horror.

I know many people say that John Carpenter’s The Thing (1982) was the best, and it is a strong contender. But to me, aliens are not always that scary. When things happen to normal people due to more conventional means (not saying a teleportation machine is conventional, but go with me on this), it just makes my stomach turn. When done right, body horror films make you feel some of the pain the on-screen person is feeling.

Back in 2014, I was surprised that Kevin Smith, an all-time favorite filmmaker, released his own take on body horror. Tusk was a film born out of a podcast.

Before the movie came to be, Kevin and his podcast cohost, Scott Mosier, talked about an online ad they had seen. In the ad, a man was looking for a roommate to live with him, rent free. The only caveat to this agreement was that the roommate would have to agree to dress as a walrus for a few hours a day (check out SModcast #259: “The Walrus and the Carpenter” if you would like to hear the entire exchange). What was just a seemingly normal everyday episode of the show caught fire with Smith, who decided to turn this advertisement into a full-length horror film.

Tusk is the story of two podcasters, Wallace (Justin Long) and Teddy (Haley Joel Osment). They have a rather humorous show, in which they mock people in viral videos. After seeing a video of a guy accidentally cut his leg off while playing with a sword, Wallace decides to take a trip to Canada to interview him. His girlfriend, Ally (Genesis Rodriguez), begs him not to go, thinking it is incredibly vile to make light of what happened to him, but Wallace follows through and heads to Manitoba. However, he arrives to find a wake taking place, as he had committed suicide.

Desperate for a story so he won’t come home empty-handed, Wallace finds an ad in a bathroom stall from a man offering a place to stay and a chance to hear interesting stories. Excitedly, Wallace visits this home and meets Howard Howe (Michael Parks), who does not disappoint. Over some tea, Howard tells the story of a walrus he named Mr. Tusk, who had rescued him from drowning many years ago. Wallace is immediately giddy about this amazing story, until he realizes he has been drugged by Howard, who plans to turn him into Mr. Tusk. 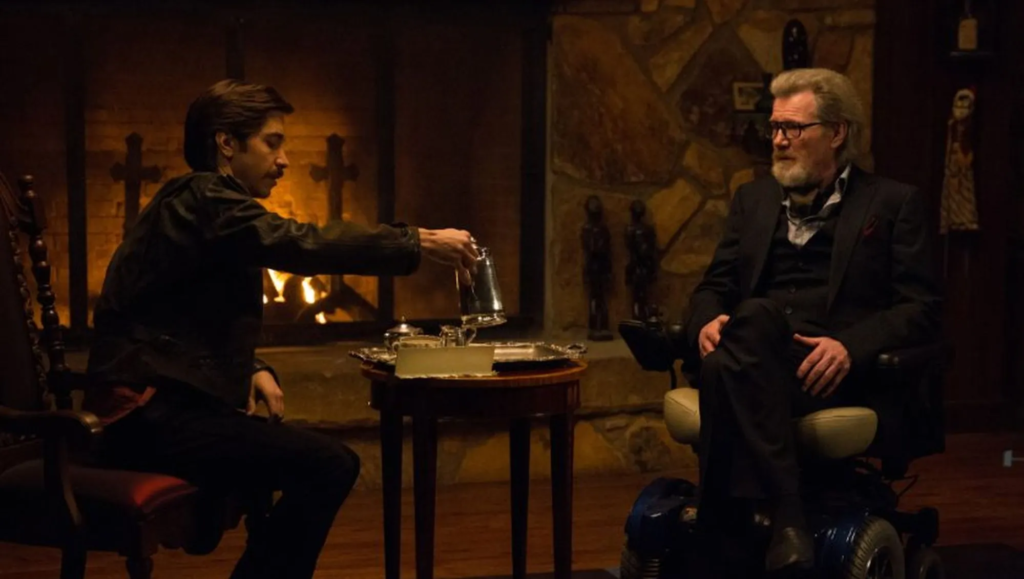 Tusk is a movie that doesn’t spend a lot of time setting up its premise. Within the first 30 minutes, you learn all you really need to know about Wallace, Teddy and Howard. And very soon after that, we jump straight into the mutilation. Not only does Howard alter Wallace’s body to make him a human-walrus hybrid, but his torture also breaks Wallace’s mind.

The pain Wallace goes through is something I cannot even begin to comprehend. At some point, his psyche is damaged beyond repair. This level of body horror isn’t seen in many of the same genre films. Tusk goes beyond this in a way I have not seen before. Usually, the person who is dismembered or horrifically altered only shows the physical signs, still maintaining their humanity. The victim continues to work toward their final goal, either by reversing the process done to them or fighting off the monster attacking them. Wallace just breaks, which would be a more realistic outcome for most of us.

Kevin Smith is a pretty controversial creator. His best-known films are far from being classified as scary movies. Clerks, Clerks II and Clerks III are probably his most popular; all three, of which, focus on comedy. The characters in his films are just everyday guys, working in jobs they mostly hate. Kevin made these films based on stories from his own life, adding a level of reality to the scripts and making the characters lovable.

Tusk is a huge step away from comedy. Smith has attempted other horror films, such as Red State and the horror comedy, Yoga Hosers, the direct sequel to Tusk. None of these have been able to capture lighting in a bottle like Tusk.

All in all, Tusk gets five out of five stars. I may be biased, as I love almost every Kevin Smith film. However, Tusk has the perfect amount of story development and gore. It’s gotten some bad reviews from others, and that is fair. It is not something that everyone will like. It is a far cry from Smith’s normal films, but it still maintains the same feel. With Clerks III now in theaters, Tusk is definitely one of the gems from Kevin Smith you should check out this Halloween season!