Day of the Dead: Bloodline — Some Films Are Better Off Dead 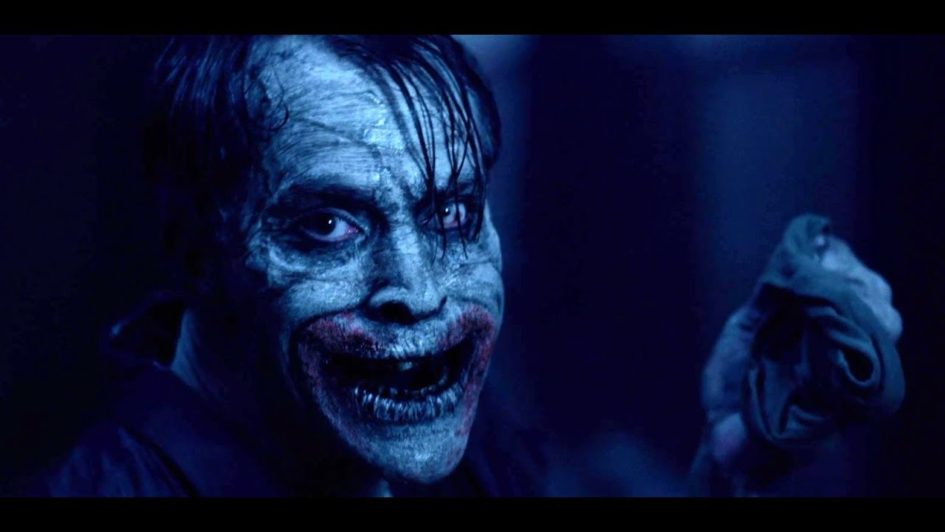 Day of the Dead has never been my favorite Romero Zombie film by any stretch of the imagination, but I still consider it an integral part of the franchise and a good film. There were some original concepts and characters that make it stand out amongst the other “Living Dead” films, but overall, it didn’t hit me like Night or Dawn. Fast forward 20 years to the unfortunate 2008 remake starring Nick Cannon and Mena Suvari, which was a less-than-spectacular addition to the genre and a poor tribute to what is a classic work of Zombie and horror fiction. Now, to further muddy the waters and milk the aging prostate of a seemingly timeless film franchise, Day of the Dead: Bloodline has hit Netflix.

As you can clearly tell, I’m not a fan of this latest homage to the classic.

Day of the Dead: Bloodline starts out in a Tarantino-esque flashback to a late-night celebration at a medical facility, where the film’s protagonist, Zoe, becomes the victim of a brutal attempted rape at the hands of Max. The only thing that saves her is happening in the morgue: a body that recently autopsied (and poorly at that, if you’ve ever seen an autopsy) climbs off a table and proceeds to attack our would-be rapist, allowing our heroine to escape half dressed into the streets, where Zombie chaos has taken hold. Fast forward five years to a secret mountaintop bunker/research lab, where survivors and soldiers alike are looking for a vaccine, with Zoe leading the way.

The story, itself, is full of your expected tropes, with an exhausted military force led by a commander who seems both ill trained and ill equipped to handle the stress of protecting actual human beings from the living dead. This is a power struggle in horror that absolutely exhausts me. A military leader becomes more a power-hungry dictator than a protector, while butting heads with a researcher who has that classic doctor-god complex and spends most of her time looking down her nose at the same military industrial complex she’s placed a strain on because their solution to a Zombie outbreak is to kill everything and let God sort it out. Then, of course, they shoehorn in some love/lust competition story between the female lead and one of the peon-level military guys that feels as forced as the attempted morgue sex at the start of the film.

It’s predictable, unimaginative and boring at this point. But let’s continue.

Doctor Zoe and the troops return to the hospital/school/clinic/whatever the hell it was to find Patient Zero for their vaccine and through a series of poorly executed covert maneuvers, end up getting the attention of zombified rapist Max who, apparently, still has quite a lot of mental acuity for a dead guy. With his innate rapist instincts kicking in, he follows Zoe and friends back to the Great Value Cheyenne Mountain complex they call home. Now a creepy, Joker-esque version of Bub from the original Day of the Dead sans any of the lovability or inherent humanity that the original portrayed, Max begins to terrorize the base and its inhabitants.

The acting is as wooden and uninspired as the story itself in Day of the Dead: Bloodline. The cinematography is nothing special. The makeup (with the exception of our Zombie creep Max) is also not much to write home about. The film is exactly what it feels like from the poster: a shameless cash grab capitalizing off a familiar brand. I mean, that’s almost exclusively what we keep seeing on screen these days. Like the last “remake” of this part of Romero’s original Living Dead trilogy, Day of the Dead: Bloodline fails to inspire either fear or imagination in viewers and, now that it’s on Netflix, will be an excellent filler piece in between better movies as you scroll through looking for something worthwhile to watch.

And for those of you interested in where this stands in my list of the best Romero or Romero-inspired Zombie flicks, I’ve thrown together a little list of all my favorites. Beware, watch at your own risk below the red line.

Night of the Living Dead: 3D