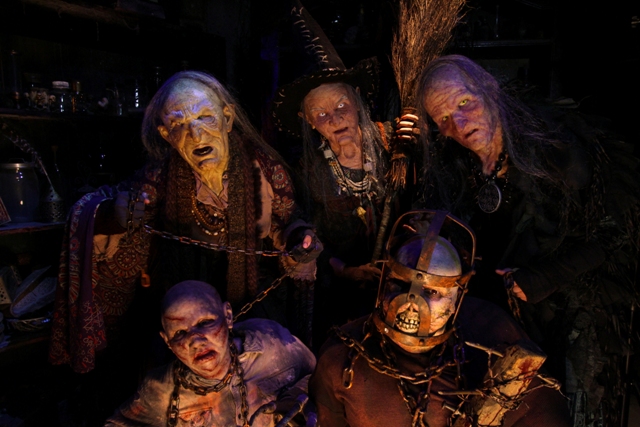 Per Matt
It’s that time of year, again! The many monsters of Netherworld have stepped out of the shadows and have brought fear to the masses, once more.

Conjured from the nightmares of mere mortals, this haunted attraction is continuously voted as one of the top haunts in America, every year. Netherworld is a walk-through attraction that is known for its state-of-the-art special effects, detailed costumes and over-the-top scares featuring more than 200 animated characters and 100 actors dedicated to make you scream.

This year’s attraction features two unique haunts: The Season of the Witch and Spliced.

An ancient evil has been unleashed unto the world to punish mankind and the resulting darkness (along with all manner of monsters, creepy creatures and foulness) is highlighted in Season of the Witch. I was soaking in the intricate and highly detailed atmosphere of this attraction so much that I wasn’t paying a lot of attention to where the scares began. As a result, I was jumping and shouting every single time a costumed creature appeared out of nowhere. That hasn’t happened in a long time. Even though I am asthmatic, I really enjoyed the swampy atmosphere created with a fog machine and laser lights. It really did feel like I was getting swallowed up in the bog!

In Spliced, PlasmaCorp Enterprises has begun organ harvesting via human cloning techniques under the leadership of The Mangler, sure to make a pretty penny on the black market. But when he decides to use the Zombie-resurrection drug, NECROMUTIN 7, as a growth accelerator, the clones transform into mutant monsters. Attendees must make their way through the lab’s maze, all the while dodging many hanging obstacles, as well as animated and live creatures that pop out of nowhere, with the intent to kill. Basically, there’s no time to lollygag in Spliced. Your mission, plain and simple, is to get through the attraction as fast as humanly possible!

There’s a lot going on in both of Netherworld’s haunts, much more than can possibly experienced with one visit. The entire attraction is housed within several extra-large warehouses, located outside Atlanta, Georgia. No expense is spared at the attraction, as state-of-the-art special effects are paired with eerily realistic costumes and intricate makeup techniques that are sure to evoke nasty nightmares after leaving the premises. 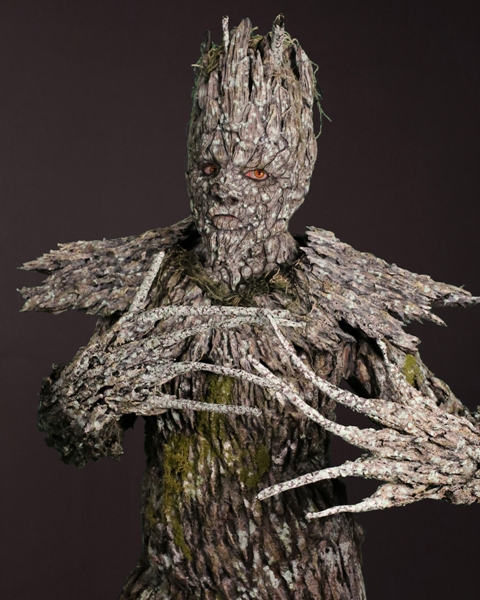 My favorite elements of the haunts were the rooms with collapsible walls, creating an uncomfortable, claustrophobic state that really felt like you were a character in a supernatural or horror movie. Another highlight consisted of all the rooms that were on hydraulic lifts, making the attendees feel like they were being shaken or attacked by extra-large monsters. Those experiences were incredible.

During my visit, one of my groups consisted of five teenagers who were so scared, they formed a human centipede to make their way through the haunt, moving forward but not looking up until they reached the end of the line. That was amusing.

While Netherworld attendees await their fate and prepare to enter the premises, there are many great photo ops and so many great looking costumed characters and cosplayers awaiting outside, the atmosphere definitely feels like a Halloween festival. Make sure to get some mementos to remember your visit.

Once I caught my breath after going through both haunts, I got a quick interview with Netherworld co-owner, Ben Armstrong to preview this year’s attraction and to discuss creating a haunted house for those who are rehabbing at the nearby Shepherd Center hospital.