Die or Become Immortal: Life Lessons on The Passage 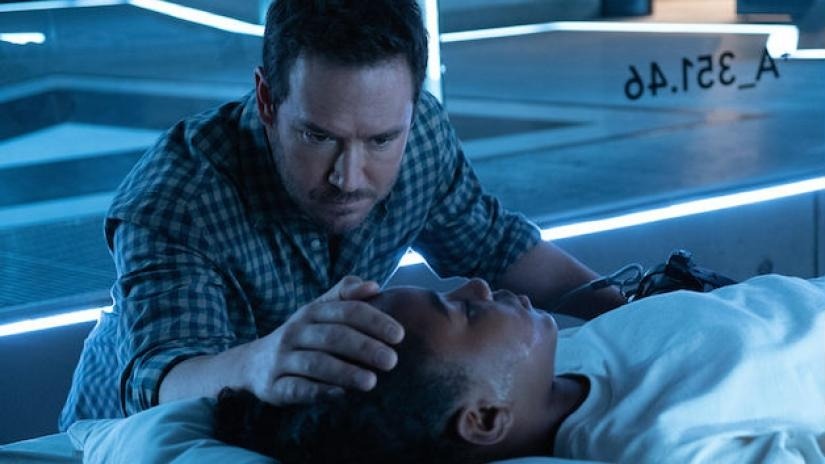 Life isn’t fair. Choices can be difficult and sometimes they can have life-or-death consequences. This is where The Passage has led, as the season finale arrives this week.

In “You Are Not That Girl Anymore,” young Amy’s afraid of turning into a monster, much like the virals, who aren’t officially bloodthirsty vampires… but they’re pretty darn close. At the episode’s conclusion, she’s finally offered a choice by the Big Bad: Die or become immortal. This definitely isn’t fair for the girl. And it’s surely a decision that shouldn’t have to be made at such an age, but this is where the end of Season 1 has brought us.

Surprisingly, I’ve gotten quite attached to this new show, much like Mark-Paul Gosselaar’s Brad Wolgast (AKA “The Agent”) has grown attached to Amy Bellafonte (Saniyya Sidney). Anything can obviously happen in the two-episode season finale that will air in very soon, but this foster father-daughter relationship has felt natural and endearing, which is a credit to the actors, the filmmakers and the original source material. That’s pretty good for a television series with an ongoing storyline dealing with a government agency and their top-secret experiments on death-row inmates that could save humanity from a worldwide plague… but past experiments have somehow turned them into ravenous monsters.

With the introduction of Horace Guilder and what amounts to a reboot for Project Noah, the previous bad guys have now become good and everyone now seems to hate the new government agent in charge. It’s an interesting turn, as the inmates are on the cusp of escaping and spreading something even worse than a worldwide bird virus… an undead plague among humanity. Which brings us back to The Decision: Would you rather rest in peace or hunger for blood for the rest of your life? It’s a choice that isn’t asked among the inmates, but one that’s ultimately made by a couple of main characters.

Both options seem to be more like never-ending nightmares and this has me curious enough to want to read the introduction to the book series by author Justin Cronin, which this show is based. Since there are three books written (so far), I’d assume there would be enough storylines for at least three seasons of the show, but as of now, there’s been no word on its renewal. Through eight episodes, the ratings aren’t bad. Between six to eight million total viewers have watched each one, but critics are mixed about its quality, with the show currently holding a 58 percent approval rating on Rotten Tomatoes.

If you’re remotely interested in a possible vampire apocalypse totally wiping out humanity and all of its implications, please tune in for the two-hour season finale, “Stay in the Light/Last Lesson” and give this quality show the boost in ratings it deserves, hopefully bringing with it a horrific Season 2 unleashed unto the world that would be bloody fantastic to this horror fan. Fox definitely needs more genre shows like this airing on the network!