EPIX Gets Punk With Docuseries 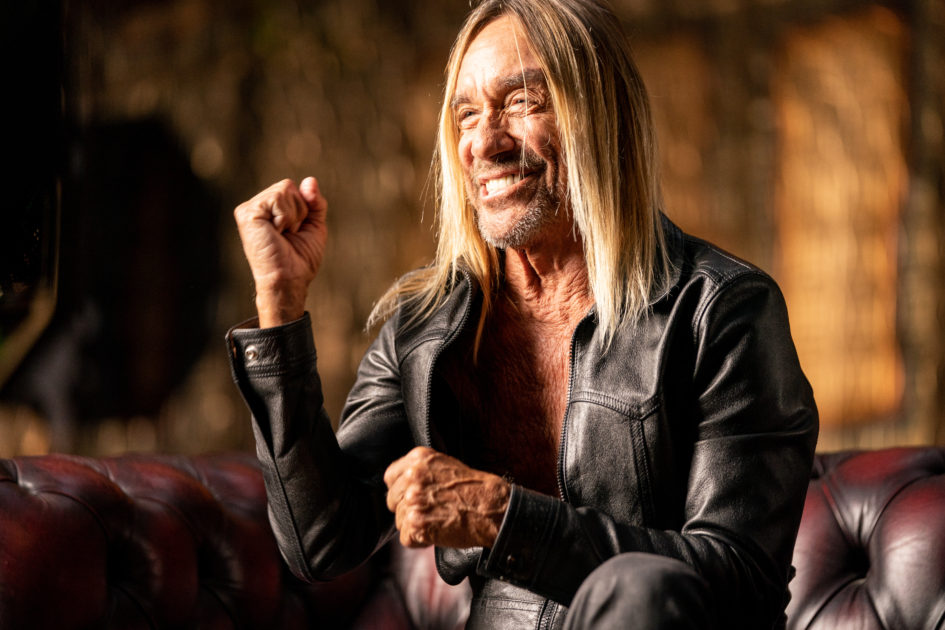 Per Matt
“Punk was born in the late ’60s. It has lived this whole time, and it will live forever.” This is how the EPIX docuseries gets introduced by Director Penelope Spheeris. Naturally, if there’s bands releasing new music in the genre these days, it’s safe to say that punk music is definitely not dead.

Johnny Rotten takes that notion one step further: “How can it be dead? I’m still here.”

Born in a time of counterculture, nearly 50 years later, the music still resonates today. Executive Producers Iggy Pop and John Varvatos present an oral history of the musical scene by the musicians, managers and journalists who personally lived it in a four-part documentary series, Punk. Initially described as rebellious, unsafe and revolting music that was used to get you out of your comfort zone, what may have started as something of shock value quickly grew into a cultural entity full of raw emotions, a harder and more dangerous attitude than anything found on the radio at that time and defined as freedom with many on-stage antics by the rough-and-tumble musicians, themselves.

Director Jesse James Miller features great archival footage and celebrity interviews of the scene’s heyday in Episode 1, delving into the musical fringe of Detroit and New York City back in the day. Described as “the godfather of punk” by his contemporaries, Jim Osterberg would soon transform into Iggy Pop after a vision during an acid trip, determined he would no longer be a drummer in a blues band, but he would bring the blues to suburban juvenile delinquency in musical form. His “self-investigation” as a musician is filled with intriguing, personal stories, along with some of his influences while growing up, which is definitely a highlight.

There may have been an expectation that the subgenre would quickly fade away, much like folk music and other short-lived genres of the time, but something happened… the music and lyrics touched a nerve and get expanded upon even to this day. New York’s small, wild rock-and-roll scene gets detailed, which was later called “punk,” and all the musicians who fought against that label.

Some of the biggest names in the industry sit down to discuss their music and the scene in general, including Marky Ramone (Ramones), Debbie Harry and Chris Stein (Blondie), Wayne Kramer (MC5), Jello Biafra (Dead Kennedys/Alternative Tentacles), Joan Jett (The Runaways, Joan Jett & the Blackhearts), Penelope Houston (The Avengers), Henry Rollins (Black Flag) and Flea (Red Hot Chili Peppers), as well as industry legends Danny Fields (Elektra Records) and Legs McNeil (Please Kill Me/Punk Magazine). And those are only a fraction of the visionaries who appear in the first episode!

Seeing some of these videos for the first time filled with commentary from the original musicians was an awakening for me. As a child of the ’80s, I grew up curious about different musical styles that were not easily accessible via around-the-clock playlists on Top 40 radio stations. There was no World Wide Web back then to download albums from and since I lived in a more rural area, it could be difficult at times to expand my base of knowledge, to say the least. I identified with these musical misfits in part, even if it took a little longer for me to fully find them. In fact, it was the early 2000s when I really dove deep into the genre, listening daily to Fungus, an uncensored, commercial-free radio station on XM Satellite Radio that featured some of the best in the punk rock, hardcore and ska scenes, which has since been taken off the air after a couple of rebranding attempts, sadly enough. The original short songs that were full of attitude definitely need to get more airtime these days.

Episode 1 ends with the formation of the Sex Pistols and the emerging musical scene that took Europe by storm in the late ’70s. I can’t wait to see what kind of shenanigans happened next.

Punk premieres on March 11th and if you don’t receive the EPIX station in your cable or satellite package, you can still catch the series via the EPIX NOW app for Apple and Android devices. It’s $5.99/month, but users can get a free seven-day trial. So, there’s no excuse in missing this great series.