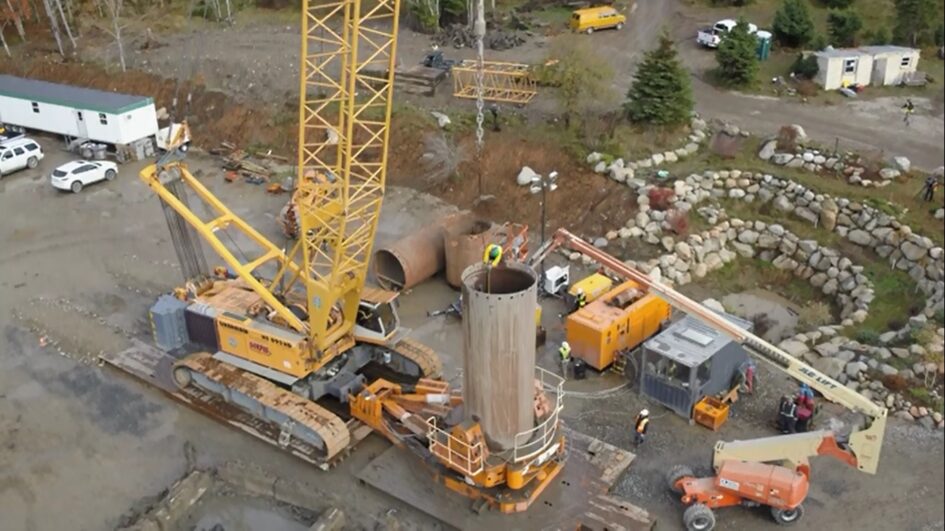 Oak Island’s 225-year-old mystery has sparked the imagination of millions throughout the years as its long-held ties to historical heavyweights have been many, including the Ark of the Covenant, the Templar Knights, Blackbeard the Pirate, William Shakespeare and many, many others. So it only makes sense that a pair of treasure-hunting brothers buys up the majority of the Nova Scotia island (along with a cadre of investors) with the sole purpose to make sense of it all and perhaps discover something monumental. But so far — The Curse of Oak Island has aired for seven seasons — the biggest breakthrough the team has discovered is their imminent realization of possibly going broke before uncovering something major.

If the long-rumored buried treasure(s) aren’t found relatively soon, as basic cable’s highest-rated television series wraps up Season 7, what’s the ultimate endgame? How long can the goodwill continue? Sure, the group has found a handful of smaller, older objects that prove they’re headed in the right general direction, but will their money continuously flow year after year? Or will these modern-day explorers collapse from all the weight of financial responsibility?

Every time the entire crew hits a dead end, they follow it up with another random theory. They may find small successes, and then bad luck strikes. Rinse and repeat. All of this leads up to the season finale, “Timeline.” Just as TRUE answers seem to be within reachable distance, the steel cofferdam pilings of Smith’s Cove had to be removed, washing away all previous evidence that took two years to discover. New questions arise about Samuel Ball’s lot and the underground chamber that was unearthed below his cabin’s foundation. Multiple ancient tunneling tools were unearthed and Marty found the $2 Canadian loonie (or toonie as it’s called) he tossed into a borehole that apparently traveled at least 10 feet underground, which means the ever-elusive treasure, if there actually is one, may be found deeper than any of the past boreholes have ever been dug. And perhaps all the banging of heavy modern-day equipment may have somehow displaced any possible treasures horizontally, as well.

Is all of this “collective madness” or has the crew finally uncovered something meaningful?

“After all this time… we’re just beginning.”

Wrapping up the season, the guys seem to have made a commitment for a three-year-long “Big Dig,” which seems to be so much bigger than anything previously undertaken, easily costing, at the minimum, tens of millions of dollars. Each year, the searchers air for bigger and better techniques, using the most advanced technology that’s currently available.

The determination and perpetual optimism to find something important at the next opportunity seems to be never ending for Rick and Marty (not to be confused with Rick and Morty). While the group used a 26-ton drill and hammer-grab tool that was twice as large as last year’s equipment, clocking in at 8 feet in diameter, the price jump will be enormous for what they have proposed for next year. I cannot fathom how all of them can continue to crank out so much money. It isn’t a never-ending resource, as past explorers can attest: Either they went flat broke from using every nickel and dime in their possession, or they were broken by hardships (namely, unnatural deaths, arising from the tiny island’s curse).

As a viewer, I desperately want this team to finally find some answers, but in my heart of hearts, I feel like the treasure’s long gone. Will this team ever find something resolute? Sure, a metal spike was found that could be from an antique booby trap, a 13-by-13 foot “teardrop” was discovered (but seemingly moved while the team dug for it) and “absolute proof” was declared that the swamp was man made… exactly eight centuries ago, but it takes something major to hold my interest after already investing multiple years in this series.

That’s why I may be more interested in the upcoming spin-off, Beyond Oak Island, which could be closer in theme to Expedition Unknown than Ancient Aliens. I’m also really stoked for the second season of The Lost Gold of World War II, because it seems to be a newer story taking place in an exotic location, which also leads to multiple unanswered questions.

If Oak Island‘s next season can be framed as a possible whodunit, as implied in the season finale, that could easily bring more interest (and possibly more viewers). The evolving search for historical evidence continues, as setbacks seem to be expected… and the truth is somewhere out there.

“When in doubt, excavate.”