Will a New Crew Find the Lost Gold of World War II? 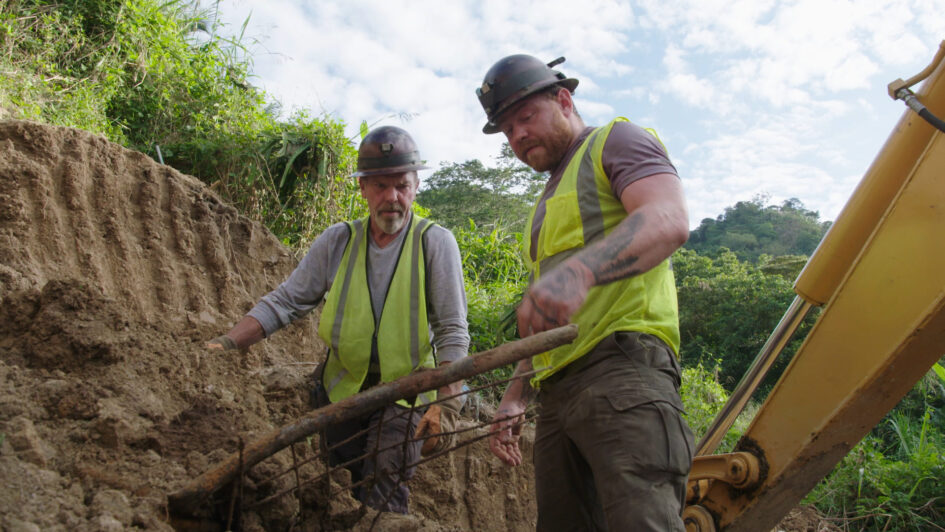 Something was unearthed in the second season premiere... but it wasn't lost gold.

Hunting for buried treasure isn’t exactly a profession that everyone seems qualified for. Chasing random theories and thin leads is expensive (see Digging Toward Debt: Oak Island’s True Curse)… and it doesn’t seem to be one with built-in longevity. So, it should come as no surprise there’s an all-new team of treasure hunters bound to find The Lost Gold of World War II.

In “A Dying Declaration,” the season premiere for Season 2, we return once again to Luzon, the largest island of the Philippines, where General Tomoyuki Yamashita made his last stand for the Japanese Army. Supposedly, all of the looted treasure he amassed throughout the war was buried there, booby trapped and long forgotten. I mention the word “supposedly,” because the haul, which has ties to the Golden Lily (a secret society of Japanese nobles and royal family members who allegedly orchestrated the looting and burying of treasures), could be worth $100 billion or more, which no one has found within 71 years, which brings us to this new team.

Team Leader John Casey has brought in his brother, Rob, to help out, along with a father-son pair of miners, (Geo and Levi Duncan), geophysicists (Max Layton and Colin Miazga) and a fellow treasure hunter, Rick Hurt, who previously searched the area 20 years ago. Only John and head researcher Bingo Minerva return from last year’s team and it seems this new group is full of “the big guns.” Whereas last year’s crew did their best, it seems John now has some professionals to help reach their goal.

And what lessons were learned from last year that can be employed into this year’s hunt?

The exotic location remains the same, but this time the new personnel have even bigger heavy machinery and equipment to get the job done. Unfortunately, the group’s lone eyewitness, “Grandpa,” who saw many mysterious crates hauled up a nearby mountain by prisoners of war and buried in tunnels, is no longer available to answer their questions. It also doesn’t help that mudslides and overgrown brush have rendered the environment all new.

The group has three main targets to open up and search: The Waterfall, the Tunnel Site and Breach 6. It’s not going to be easy — that much is already guaranteed when traveling half-way around the world to go after one of the largest treasures in modern history. And there will be booby traps, poison gas and even grenades to deal with (as evidenced by Season 1). The island has a deadly history and John Casey has unfinished business.

There seems to be some science, fantasy and real-world issues tangled into this documentary reality show. It’s exciting to see the crew using their scientific knowledge to possibly get closer to the prize, whether that’s preventing possible landslides, using nuclear magnetic resonance (NMR) or conducting a seismic survey, which is like an ultrasound for the Earth. What I don’t like seeing is an unnecessarily shaky handheld camera, which is too much at times. I also really don’t know what to think about “Mr. X,” the confidential informant who most likely has within his possession authentic treasure maps that could lead to many treasures, but he continues to absolutely refuse to discuss the topic, fearing for his life. I also roll my eyes when John mentions using a Russian contact to scan their mountain for any metal anomalies. Then there’s the New People’s Army (NPA), a Communist militia group with the goal of removing all U.S. interests from the country…

This second season may just lead to one or more breakthroughs, as the group receives a box full of cassette tapes that supposedly contain a “wealth of information” and their buried treasure could actually be located 300 feet below the waterfall. That’s already a lot to work with.

This show pairs better with The Secret of Skinwalker Ranch than The Curse of Oak Island, but it is fun to watch.