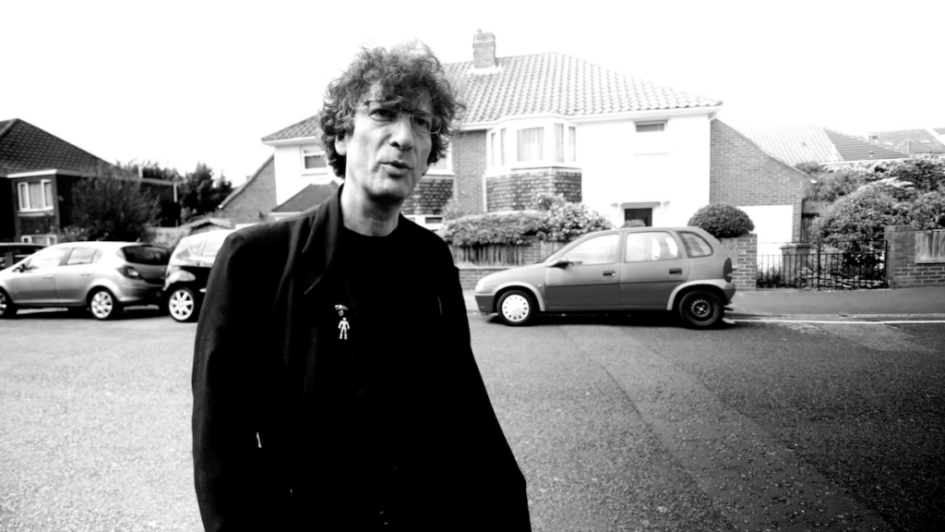 Per Matt
I have had a love affair with books for a long time, now. I remember checking out unusual novels in elementary school, but I guess it really amplified when I was a teenager. Certain topics and certain authors absolutely sparked my imagination, from classic monsters to medieval tales, to fantasy and science fiction. (Historical fiction happens to be something I really enjoy at the moment.) I’d always been interested in stories that were suitable for all ages, and somehow I always seemed to know about Neil Gaiman without actually having read any of his works, which was a big reason for finally choosing to watch this documentary.

With a 74-minute runtime, Neil Gaiman: Dream Dangerously concisely follows the author of novels, comics, TV shows, feature films, songs and poetry, who has sold more than 15 million printed copies worldwide, with countless adaptations and even an Oscar nomination (for Coraline), as he manages to sign roughly three books each per 150,000 people via a three-month-long world book tour covering both the U.S. and U.K. (without taking any days off). The winner of multiple Hugo Awards, Nebula Awards, Eisner Awards, Carnegie and Newbery Medals has a devout group of fanboys and girls (they’re practically groupies), who see him as a storytelling rock star of sorts.

He’s a creative genius and a trailblazer for writers of every genre. But even he experienced writer’s block. It was how he responded to it that was incredibly inspiring.

He’s a daydreamer and a creator of strange and peculiar tales who created his own personal mythologies in the poetry, the songs, the novels and the comics he wrote. And he pulled off the huge feat of bringing his comic book readers along with him to the novels he wrote.

During this final book-signing tour, it seems that Gaiman — who admits to being quite shy — needs his fans almost as much as they need him. The writer really makes connections with his fans, refusing to leave his own events until each and every person receives at least one signature. This attentive interaction does have its downfalls, though. He’s previously lost a fingernail at past signings, along with getting plenty of cramps (plus the massages required to remove them) and the immediate icing of his writing hand as soon as each event concludes. He truly gave his all for his art.

Making appearances are his childhood friends, fans, actors, fellow writers, past editors and agents who each recollect personal tales that Gaiman helped create. Getting caught creating a comic of his teacher, while sitting in the elementary-school class he was writing about was an instant classic. Being offered the position of features editor for Penthouse UK and turning it down, despite its financial stability was another, as well as the background of creating Coraline. The little moments made me laugh, like when Neil admits he hasn’t got any reading time during the tour, as he was really looking forward to reading Joe Hill’s NOS4A2.

“In my head, I am always trying to do something completely different next time.”

At the conclusion of Dream Dangerously, Gaiman’s plans to retire as a public figure, in order to return as a writer was something I couldn’t believe. How could you give up the convention circuit life, after spending so much time building it up? Apparently he has, and I commend him for it. He has realized time is precious and he only has a limited period to complete his art. And for this, I praise Neil Gaiman, the consummate artist and professional.