Dispatches From Elsewhere: An Adventure Wrapped in a Mystery, Tied to a Conspiracy? 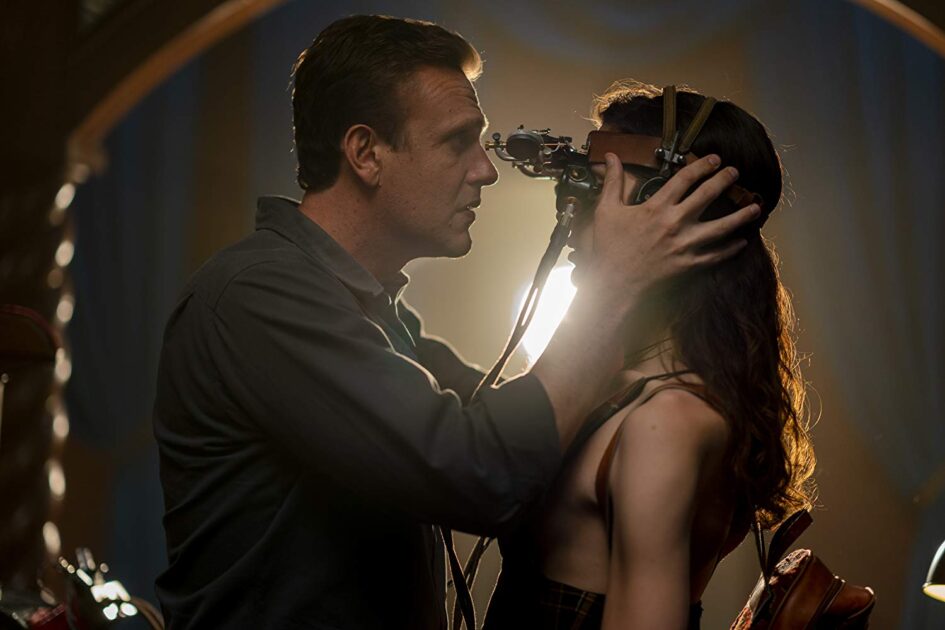 I’m a little shocked by how I feel after watching two episodes of the new AMC television series Dispatches From Elsewhere. I was blown away by the prospects of the anthology series and what could develop from the first season of the TV show.

But before I get to the show’s overall mythology, where’s Jason Segel been hiding ever since How I Met Your Mother, Forgetting Sarah Marshall, I Love You, Man and The Muppets all wrapped, along with a quick appearance in This is the End?

As the show’s creator, writer, director and star, Jason Segel’s character has been just existing, not living while being stuck in the rut of his everyday life. That is, until he actually notices a random street-side flyer and decides to call a phone number. That’s when his mundane life turned extraordinary.

After a basic introduction and voice over by the narrator, it’s unclear whether he’s reliable or not. But does it really matter in a show like this? Once he’s invited to a special orientation session at the Jejune Institute, Philadelphia Induction Center and solves a series of bizarre puzzles (which reminds me of the last season of Legion), Peter is eventually paired with Eve Lindley’s Simone, Sally Field’s Janice and Andre Benjamin’s Fredwynn.

It’s sort of a retro-style noir (looking funky, also like Legion‘s Season 3), where you don’t know who’s the good guys or the bad guys and it all might just be ultimately up to the individual viewer to make that decision.

On one side, you’ve got Octavio Coleman, Esquire, leader of The Jejune Institute and on the opposite side is Commander 14, the “fearless skipper of the Elsewhere Society.” There’s cryptic secrets, false prophets and “divine nonchalance,” whatever that means…

After running into Simone (played by Eve Lindley), Peter sees the world through a new pair of glasses. But he has been warned to “beware of false nonchalance.”

While the story, so far, has been relatively vague on defining where the storyline might go through Season 1, the overall mission for these characters does seem to rely on finding Clara, Keeper of Divine Nonchalance. It seems the course of the story varies every 15 minutes, but it really feels like a Choose Your Own Adventure book from years ago.

Is it all an elaborate hoax? Maybe it’s just a game? Could this be a high-level conspiracy? Or is it actually real life? Should the viewer decide, our unreliable narrator will probably never tell us the actual truth.

“You’re like a selfish Buddha. I’m gonna call you SB.”

There’s so much confusion, for both the characters and the audience, I really look forward to deciphering it all throughout the rest of this season. The second episode, which aired the very next day after the series premiered on AMC, in its regular Monday night time slot, proved that this season might not be anything but a scavenger hunt to find Clara.

And who, or what, is Sasquatch and how is this creature involved?

While I still don’t know what’s happening or what exactly is The Elsewhere Society, I’m incredlibly intrigued about where this anthology series might go next. I do hope these characters exhibit less anti-social tendencies, though.

I’m really hooked on this show after watching two episodes! It’s everything that The Walking Dead isn’t!