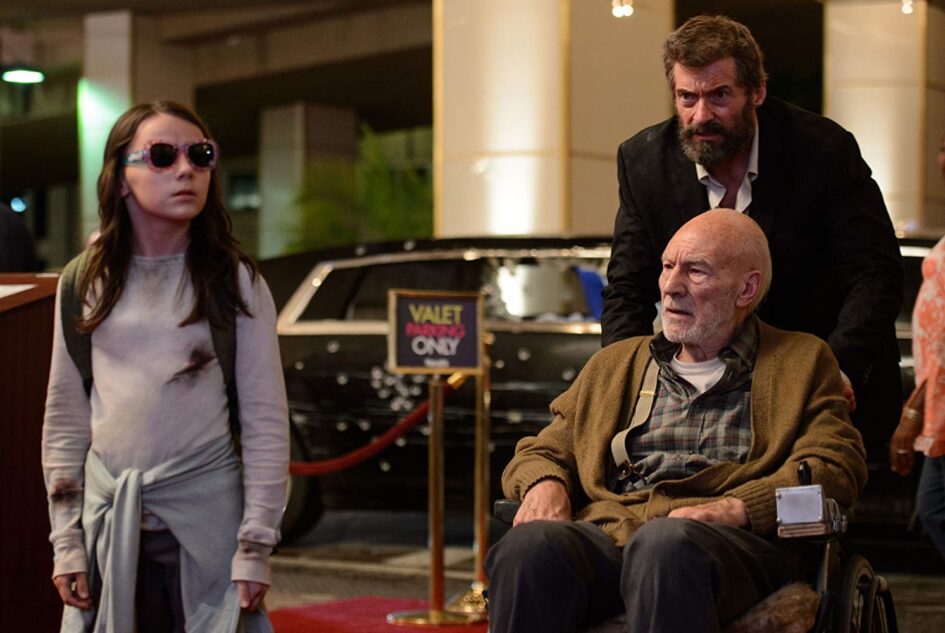 Per Matt
What would the Wolverine film franchise look like, had Marvel not sold off the big-screen rights to the popular comic book character? And would Marvel Studios have EVER taken the chance to tell the tale known as Logan?

I would have been the first fanboy to line up to see Hugh Jackman, Patrick Stewart, Ian McKellen and Halle Berry interact with Chris Evans, Scarlett Johansson and Chadwick Boseman via a series of interconnected crossover films. And without the success of Deadpool, which Ryan Reynolds almost single-handedly dragged 20 Century Fox Studios into, well, the 21st century with a new type of R-rated superhero, we most likely would never have seen the Merc With a Mouth hit the big screen (as well as those cameos).

Looking back, the Wolverine solo movies haven’t always made great decisions on storylines or directors (which Fox should receive the greatest blame), but the choice to feature a Western-fantasy mash-up genre just feels like the right direction to wrap Hugh Jackson’s swansong (Superheroes never die — they get retconned!). It feels like the actor was prepared to go out with a bang. A big bang.

“Maybe we were God’s mistake.”

From the outside looking in, teaming Jackman’s practically immortal character with an unknown 11-year-old child and an almost 90-year-old Professor X on a road trip that’s not quite a buddy comedy with sci-fi and fantasy elements does seem like an iffy way to wrap the spin-off franchise. But sign me up.

It’s taken me several years to finally watch Logan, which was buried in my DVR. Maybe I didn’t want to say good-bye to the fan favorite character. Maybe I knew I was gonna love it and only wish for more of the same… which was never gonna happen.

For the longest time, I was hoping for a Legion/The Gifted crossover, but sadly, that’ll never happen. A Wolverine–Deadpool crossover would have been even better. Then Disney bought out 20th Century Fox and plans changed.

There were talks of spinning off the young character of Laura/X-23 into the next round of X-Men movies, which would have been great, but that’s not exactly the way Marvel Studios works. They don’t reboot stories already told from rival production companies (see Sony’s Spider-Man and Universal’s Incredible Hulk franchises). Marvel just keeps on cranking out new stories with its characters, instead of rehashing the past.

So far, this is easily the highest-grossing movie to be featured in My Guilty Pleasure column, but it was about time I finally watched it and discussed the developments happening with the related subject matter. The latest rumor is that Henry Cavill, the Man of Steel himself, will soon become the next big-screen Wolverine and that gives me undecided feels.

While DC has hired previous Marvel actors (and Marvel has also raided past Marvel actors with new roles), so is this just rival studios playing games with each other? Cavill is actually a good actor, hired to be the face of an underperforming franchise, so seeing him move into another role which just happens to be within the Mouse House might actually be a very good move for everyone involved..

“You can’t nurture rage. You can simply design it from scratch.”

One trilogy of the Weapon X saga has wrapped, while another begins to unfold. Watching the behind-the-scenes action is almost as fun as watching the studio’s latest big-screen adventures. I can only hope there will be more meta jokes in store for us fans with the upcoming releases.