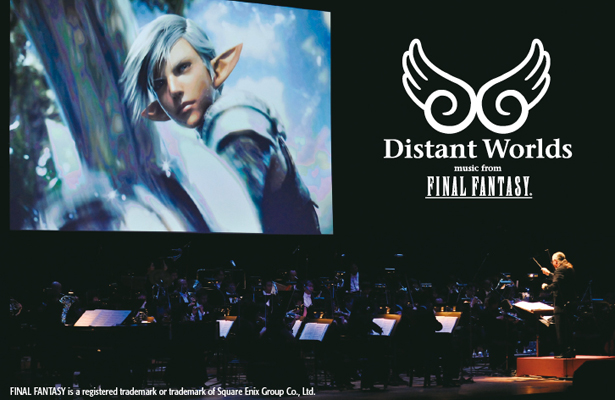 Performed by the San Diego Symphony and the Sacra Profana Choir and led by Conductor Arnie Roth, this was the third time the music of Final Fantasy has been highlighted in San Diego. The breezy, cool evening by the water was a perfect complement to a warm day of San Diego Comic-Con International.

The Final Fantasy video game franchise has always described stories of heroes battling a great evil and Conductor Arnie Roth credits original Final Fantasy Composer Nobuo Uematsu (who was in attendance) for being the first person to place symphonic music into video games.

Throughout the evening, old-school graphics from older games and slick animation in HD from the newer games were displayed on the multiple large screens, depicting the source of the music. Some of the most dramatic sequences came from the characters’ journeys to distant lands and epic boss battles. Video Game production art was also on display, sometimes including original screen shots written with Japanese characters. 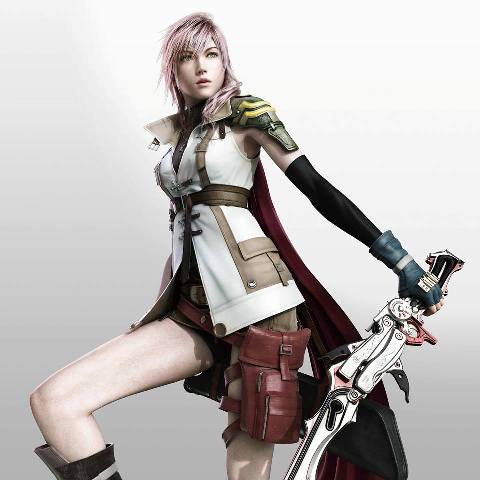 The concert began with a bang, featuring Final Fantasy VIII’s Liberi Fatali, which included grandiose contributions by the horn section and an epic performance by the choir. The Chocobo theme was the most lighthearted of the evening. It was silly, fun and when the choir spelled out the character’s name, the audience joined in on the craziness. That was easily the highlight of the night.

Other songs were included from basically each of the Final Fantasy games, from FFI to FFXII. New battle themes and medleys were revealed, created exclusively for the game’s 25th Anniversary. Some of the biggest reaction of the crowd came when a new complete Final Fantasy VI: Opera “Maria and Draco” was performed with three soloists, Narrator Tony Grant and an unexpected display of fireworks in the distance. At one point, the symphony paused their performance in order for the fireworks to complete. Unfortunately, they did not, but added to the spectacle as a large-scale finale.

Last night, the Embarcadero Marina Park South was transported to a mythical land of mystery.

I was blown away by the entire evening’s spectacle. The location was gorgeous, the choir and instruments sounded perfect and there were even cosplayers included in the event. To make the finale even more grandiose, Nobuo Uematsu had a little fun by joining the choir to sing along. The last song of the evening spotlighted an ingenious use of end-game credits for the concert.

Distant Worlds will be taking its show on the road. Next week’s destination includes Hong Kong. There’s no doubt this ensemble’s performance won’t come close to replicating its Comic-Con performance, complete with fireworks and the occasional flyby that truly created an extraordinary night’s travel to a distant, fantastic land of Final Fantasy.