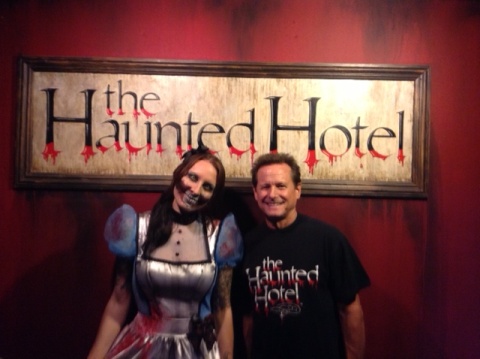 Would you tell me a little about the history of The Haunted Hotel?
– Vanessa: “This location has been open since ’92, so this is the 21st season… a pretty long time. We also have The Haunted Trail, in Balboa Park, which isn’t open during Comic-Con, but it’s open during our normal season, on September 27th. That’s been going since 2000, so this is lucky number 13 for that one.”

Is there a central theme for this haunted house?
– Vanessa: “Basically, you walk through the house. All the rooms are based on different movies.”

Are there any new additions for this year’s Haunted Hotel?
– Vanessa: “The newest room we have is our very last room, where we have the chainsaw people chase you out. That is based on the Evil Dead remake that just came out. So, we’ve kind of got the cellar going, with the possessed burning girl you see at the beginning, the character who was almost Bruce Campbell, but a female in this one.”

“We’ve got a clown subway. That’s new this year. People love our moving subway. You walk in, it’s like you’re in a subway train with a bunch of passengers. For the past few years, they’ve been wearing all black with hoods. You can’t tell who’s real. It always freaks people out. This year, it’s clowns. People are terrified of clowns. That’ll be awesome.” 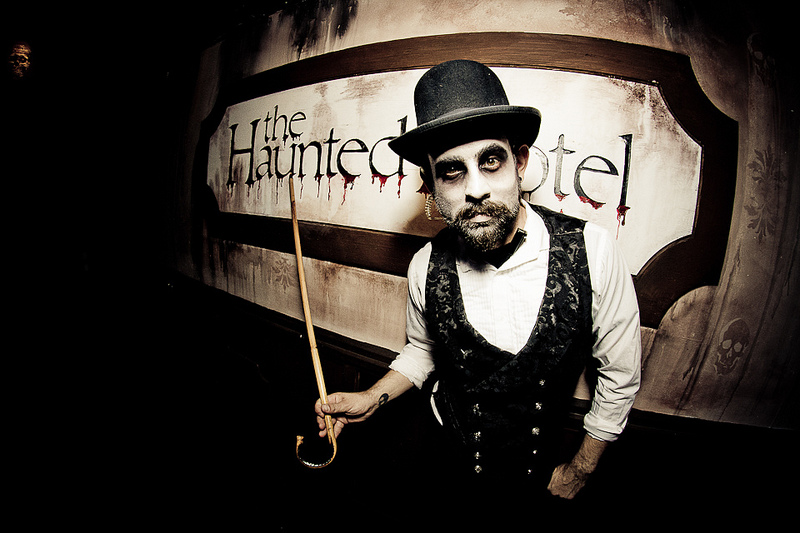 How would you describe the subway?
– Vanessa: “Basically, you walk in and it’s like you’re in a subway car underground, and the floor moves. Our actors will trigger the floor, so it’s shaking. It’s dark and there’s flashes of light coming in. It’s always kind of been like the Ghost Rider or the Zombie subway. This year, it’s all clown themed. It kind of has that Scream theater feel, where you don’t know which characters are real or not, until they come after you.”

Does the subway have a movie-based theme?
– Vanessa: “We wanted the Underworld feel for the theme to that one, but we never really incorporated werewolves into it. I want to say that was heavily based on the movie.”

What’s the inspiration behind an all-Zombie haunted house?
– Vanessa: “For the next two nights, while we’re open for Comic-Con, it’s basically a Zombie invasion. So, all the room setups will be the same thing, the characters are just going to be Zombies. You won’t see the classic Jason with the mask, during Comic-Con. It’ll probably be Jason in the jumpsuit… as a Zombie.” 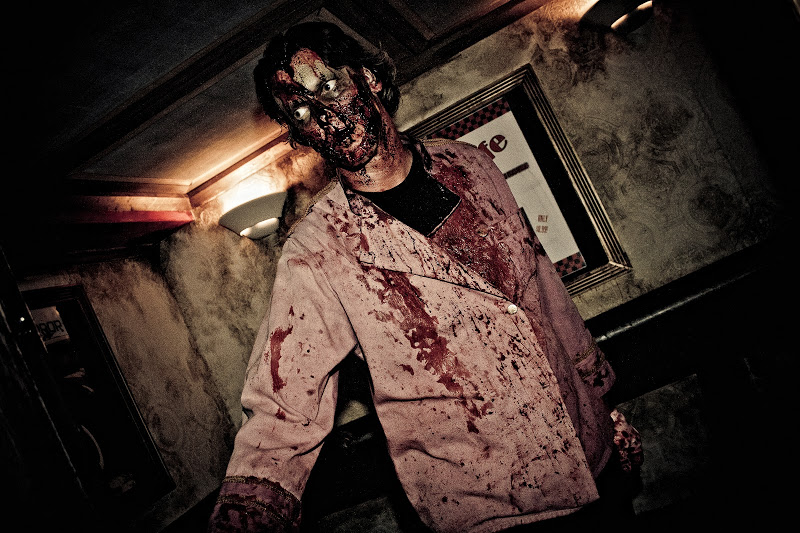 Why Zombies?
– Vanessa: “We’ve never, ever done our haunts with all Zombies. There’s always vampires or ghouls or other characters like that. We’ve been open the past few years during Comic-Con and it’s always been a preview of what the house is going to be during the season. This is the first year we’re kind of steering away from that. With The Walking Dead and the Zombie Walk, it’s kind of a bigger deal than superheroes. We wanted to appeal to horror and Zombie fans.”

– Robert: “We wanted to put a fresh spin on it. Zombies are huge — as big as ever — with all the TV shows, so we decided we’d Zombie theme it just for Comic-Con. It’ll be a little bit different than when the season comes around and all the normal characters that we designed return.”

Can you tell me a little about the Haunted Trail, that you also organize?
– Robert: “It’s completely different from this one. It’s like a mile-long walk through the woods at Balboa Park, near 6th and Juniper on the West side. We build all kinds of structures throughout this park area.” 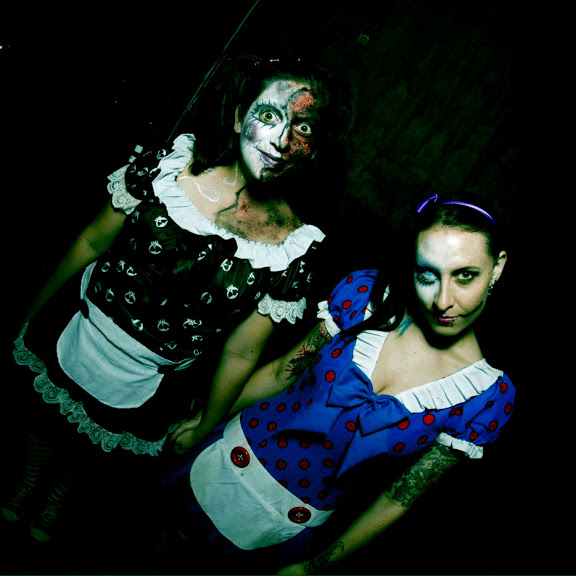 – Vanessa: “And it is San Diego’s only all-outdoor haunted attraction, so that makes it kind of different because you’re out in all the elements and it adds a creepy feel.”

Is there anything else you’d like to add?
– Vanessa: “At the Haunted Trail, we do have an additional maze that you can go through, which is separate from the actual trail, so it’s optional to go through. The past couple of years, it’s been the Experiment Maze, so it’s a plethora of random, medical, crazy stuff.”

– Robert: “It’s hard to find your way through there, as well. I also build stuff for The Scream Zone at the Del Mar Fair and by the time I go through the trail, it’s been built and I don’t really know my way around. So, the experiment is fun. You can get turned around.”

– Vanessa: “I still get lost in there. For this upcoming season, we’re open September 27th through November 2nd.”

– Robert: “Here, at the hotel, we’re open for a sneak preview on Friday, September 13th, and then we reopen on the 27th.” 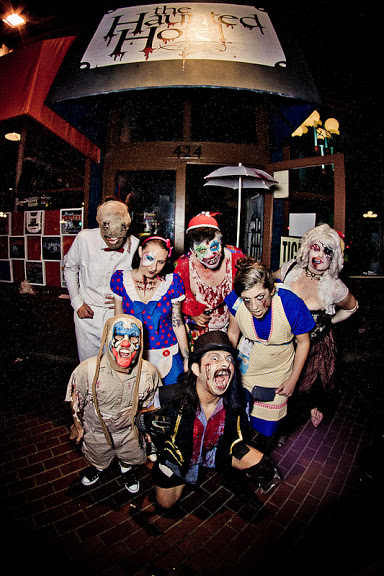