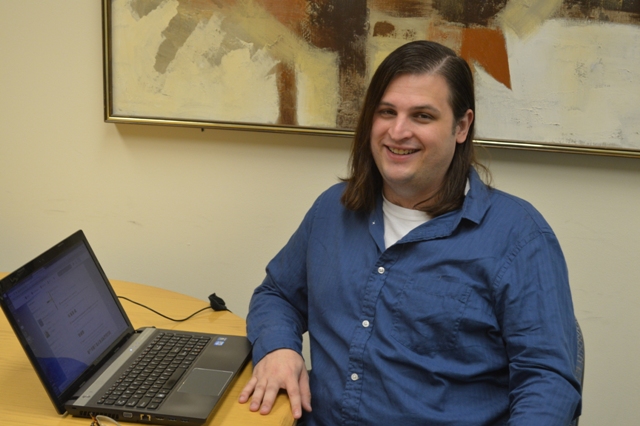 Per Matt
Dragon Con is almost here. Happening on August 29th to September 1st in Atlanta, GA, the convention regularly overtakes all the local hotels and attendees spread throughout the majority of the downtown area. But it’s even bigger in cyberspace. In my interview, Dragon Con Social Media Director Sean Magee discusses the role social media plays for the con, hints at a few new possible ways to reach out to fans and even lists a possible distraction where he might be found during the event (think anything Mystery Science Theater 3000 related).

As the director of social media, could you describe some of your job responsibilities?
– “This is always a fun question to answer because social media is still such a new tool being actively leveraged and used by companies. As a director of social media, my role is to facilitate, monitor and coordinate the awesome team that I have to continuously find better ways to engage, inform, and structure all aspects of the outward message of Dragon Con on the different social-media platforms.”

“Social Media is a Swiss army knife of functionality. It can serve as a billboard, a two-way communication tool and even customer service. We try to balance all three of those communication methods. My role can really change every day, if not every minute. Cat wrangling, message crafting or just going around to have excellent conversations with all of the absolutely amazing Dragon Con fans (this is my favorite thing to do).”

“I won’t lie, my team is an excellent collection of talent. This has enabled me to focus more on future planning for Dragon Con social media, which is looking VERY promising. We have a lot of plans that will get the creative Dragon Con fans much more involved (even moreso than they already are) with everything that is Dragon Con. Because, as we all know, Dragon Con is the con that will always be for the fans, by the fans.”

What kind of role does social media play for Dragon Con?
– “It wears many hats. We function as one of the first places of contact for most Dragon Con fans. Social media is a powerhouse and Dragon Con is really making the push to incorporate the many tools at social media’s disposal to get the fans even more involved with every aspect of the event.”

“We perform fan service. We listen to almost every statement made in regards to Dragon Con on all platforms (even Reddit!) and take all the amazing suggestions, ideas, and complaints to the team or person that needs to hear it. Last, but definitely not least, we want to make sure the Dragon Con is talked about year round! Contests, tweet-ups and even idle chit-chat. We love engaging with the fans who are excited for Dragon Con each year as us.”

How many staff members regularly check or post messages via the social media?
– “It has grown a lot over the course of a year. I came on last year (2013) as an intern and we had a team of three. Since then, we have grown to a team of six total, a mixed team of different specialties ranging from graphic design, communications, marketing, and even a veteran who has been a part of Dragon Con for many years! I consistently say he puts the ‘Dragon’ in Dragon Con.”

“We all check posts during the day, every day. Personally, most every conversation in relation to Dragon Con is directed to my phone, so I am always listening to the conversations. We utilize a social media-management tool, so we all are able to better monitor, engage and manage the thousands of different messages every day.”

What direction would you like to see Dragon Con social media go in the near future?
– “We have a lot of good stuff planned for the future. A few ideas that are currently being talked about are senior director blogs, a picture platform, lots of more contests/activities that get fans involved, and even a partnership built with DragonConTV to possibly create some fun visual elements year round. The possibilities are endless.”

“It is always hard to say what you want from social media because of how dynamic it really is. There are very few steadfasts. My goals for the department and team is to engage with as many of the over 100k (which we hit recently) fans every day, as much as we can. The fans love to talk about everything Dragon Con as much as we do. I can only continue to push for as much two-way communication as possible, because it offers such a treasure trove of information. Dragon Con fans are brilliant and the more we tap into their ideas, the better the event will continue to grow to be.”

The campaign to post past Dragon Con pictures was incredible. Does Dragon Con ever hold contests and give prizes for best photos posted?
– “Excellent question! We do! Last year we held a fun contest with another team (PassionTag) that was an absolute blast to be a part of. The pictures were beyond impressive. In regards to contests, this year was a transition period for a lot of us. New logo, new method of doing things, and new team structure but we still managed to have some fun. With that said, look for REWARDING engagements on the rise as we go into this event and then future events.”

“I can’t give away too much yet, but it’s good stuff.”

Describe how you spend your Dragon Con. What are you doing and where are you going?
– “Last year was actually my first Dragon Con! I moved down here from Chicago a few years ago to attend Southern Polytechnic State University. I had heard of Dragon Con before, but never could have imagined what it truly stood for.”

“Last year I spent the majority of the event running around, getting pictures of events and stopping people so I could take a few pictures of them to post on our social media. I was an intern at the time, so I got to enjoy the event with far less responsibilities than what a director has to manage at the event. (By the way, give any director you meet a hug. They pour a lot of their lives into making the event amazing for all the fans.)”

“This year, however, with our ramped-up efforts, I expect to be burning through the soles of my shoes, going around in tandem with my team to cover as much of the event as we possible can. We want to engage with the fans AT the event and get their reactions while experiencing Dragon Con. My team will be at a slew of the events to highlight the wonderful things occurring at each of the host hotels.” 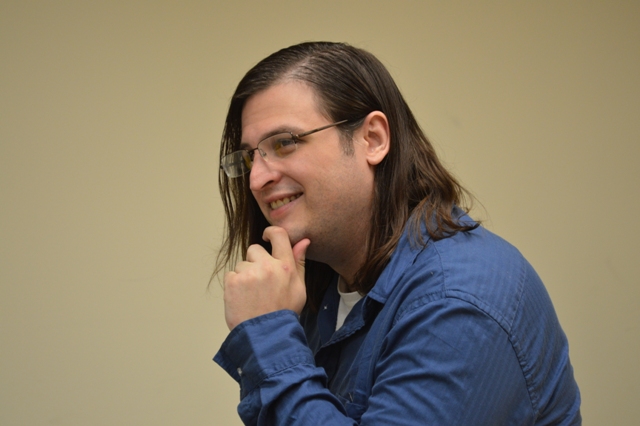 Do you ever moderate any panels?
– “I have not at Dragon Con, but who knows what will happen in the future. I do like to talk.”

What are you looking forward to the most at Dragon Con 2014?
– “Anything Mystery Science Theater. I grew up planted in front of a television watching the Sci Fi channel, normally for that show alone. Now, I plant myself in front of a computer screen, with a random selection from their library playing in the background, normally. They were pioneers of their time, for what they did and it paid off in regards to their name being huge amongst the popular-culture crowd, to this day.”

“Also, Team Crow all the the way.”

If you could give any bit of advice to upcoming Dragon Con attendees, what would it be?
– “The biggest advice I can give (especially after being a newbie myself) is to utilize the insanely impressive networks that Dragon Con fans have created. The helpfulness of Dragon Con volunteers and fans alike is something to truly be admired. I have never experienced it with any other entity I’ve done social media for in my life. The community is one of the the strongest I’ve ever seen.”

“Do some Google searches. Find some Dragon Con sites (official and unofficial) that appeal to you and get involved. You will have even a better experience if you submerge yourself into the Dragon Con culture. Don’t just watch from the outside!”