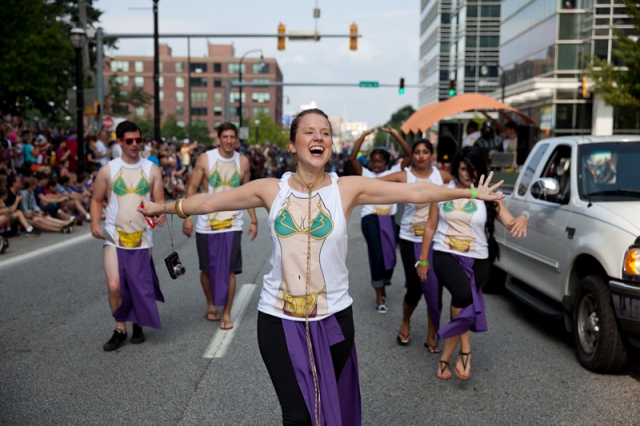 Per Matt
Joystick Gamebar is teaming up with Dragon Con for a good cause. Drink beer, wear a costume, win con passes and donate to a charity at the upcoming Drink Beer For Charity and Win Passes to Dragon Con event.

On Tuesday, August 26th, Joystick Gamebar will be raffling off a variety of prizes, including a pair of Dragon Con passes! This year, Dragon Con is supporting the Atlanta Community Food Bank and with the help of Monday Night Brewing, you can too. In my interview with Joystick Owner Johnny Martinez, he previews the upcoming event.

Please introduce yourself.
– “My name is Johnny Martinez and I am one of the two owners here at Joystick. The other is my business partner, Brandon Ley.”

How would you describe Joystick Gamebar to someone who hasn’t visited it before?
– “It’s a classic arcade with an amazing cocktail program, great local beer and good food.”

What kind of games are available to attendees?
– “We have pinball, board games in our parlor, and of course the arcade cabinets.”

Are the video games consoles or actual arcade boxes?
– “These are classic arcade games from the ’70s, ’80s, and ’90s. No consoles. Just arcade cabinets. And everything is 25 cents to play.”

Are there many retro games available to play?
– “We have nothing but retro games to play. Our oldest cabinet is a 1978 Space Invaders and our oldest pinball machine is also from 1978, but Dolly Parton. The newest cabinet is from the mid ’90s.”

How long has Joystick been open? Do you have any plans on expanding to other locations?
– “We just had our two-year anniversary. No plans on expanding Joystick to other areas at this time, but there are plenty of amazing places with classic arcade games around the country. The granddaddy of them all being Barcade in Brooklyn.”

Joystick is an official Dragon Con sponsor. What does that entail?
– “We’ve always been involved with different charitable groups here locally. We believe it is important to give back to the community. Dragon Con also has a very strong charitable vein running through it and we were happy to participate. Our sponsorship is closely tied to this.”

Can you tell me a little about your upcoming fundraiser?
– “Would love to. First off here is the link to the Facebook event page.”

“This will be only the second time Dragon Con has given passes to be raffled off. Monday Night Brewing, an amazing local brewery here in Atlanta, is donating several kegs of beer including their pseudo pilsner Nerd Alert. When someone purchases a pint that day, every dollar of it will go to the Atlanta Community Food Bank and they will also get a ticket for the raffle. Each pint equals one raffle ticket. Buy a round for your friends and that’s a raffle ticket for each one. Show up in costume and you immediately get another five raffle tickets. I don’t think there is an official name for the event but Drink Beer For Charity and Win Passes to Dragon Con seems to cover it pretty well.” 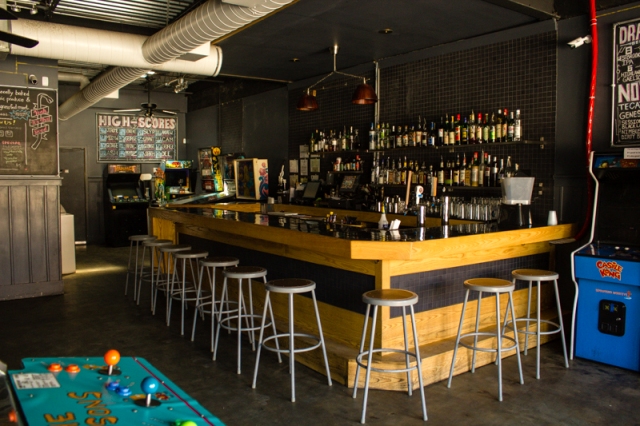 How did Joystick get involved with the Atlanta Community Food Bank?
– “Although we have been involved and assisted several local charities since opening, our involvement with the Atlanta Community Food Bank is through Dragon Con. Every year, Dragon Con chooses a local charitable organization to help out and this year it’s the ACFB. They are an amazing group. They distribute more than 50 million pounds of food and groceries a year to 600 nonprofit partner feeding programs, including after-school programs, senior centers, community kitchens, shelters and food pantries in metro Atlanta and north Georgia. More than 15,000 volunteers help them get food to those who need it most. So, we’re very happy to help in any way we can.”

I believe you’re encouraging participants to arrive in full cosplay. Will there be a costume contest?
– “Shit yeah, we want people in costumes. We’re giving people more raffle tickets if they come in costume. It’s such an important part of what the Dragon Con experience is and we want to celebrate that. So, we are indeed having a costume contest that night, in addition to the fundraiser. Nobody does cosplay like Dragon Con folk.”

I heard a rumor that Joystick might have expansion plans that include a Beer Garden. Can you give any details?
– “We are indeed opening a beer garden. It will be separate from Joystick, but right across the street. We like to keep things local when possible and the beer garden will be no different. We’re only going to carry beer brewed in the state of Georgia. It’s going to be a Southern take on a classic beer garden. We don’t expect it to be open until summer of 2015.”

Is there anything else you’d like to add?
– “Just that it’s a unique fundraiser. It’s not a rubber chicken dinner at a hotel or a website where you have to donate money. People get to do what they would normally do; hang out with friends and drink some good beer. We like making it easy for people to contribute, because we think it’s important for people to be involved. Ultimately it’s about helping people.”