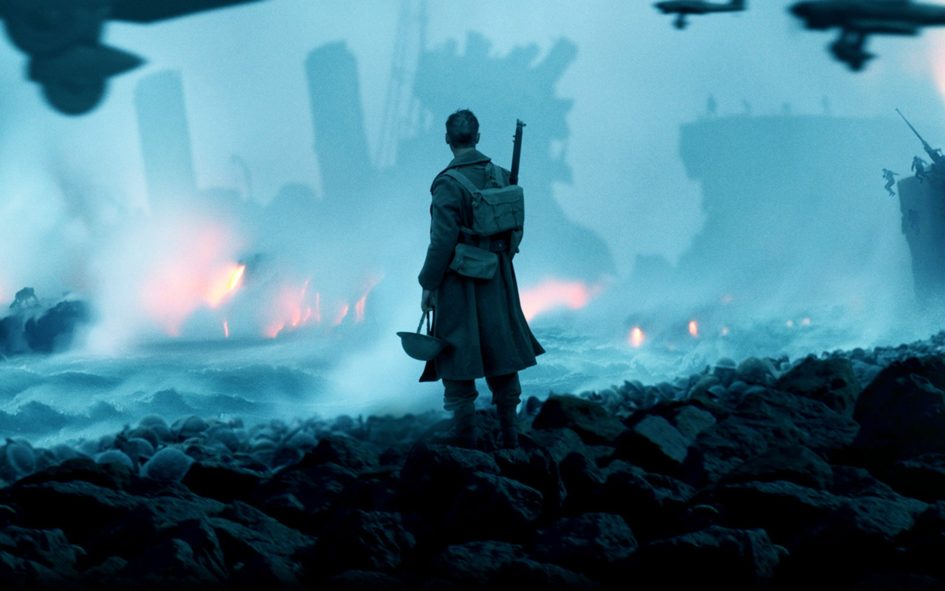 When I sat down in my theater seat to see Christopher Nolan’s Dunkirk, I can’t say I was expecting to review a bad film. Nolan is one of those few directors out there who is critiqued on a different level than most filmmakers.

His “worst” film is maybe Batman Begins, a movie that quietly reinvented a genre and set the stage for one of the best superhero films of all time. So, when I say that my already-high expectations were met and then obliterated with Dunkirk, it should be clear that I’m not over exaggerating. Dunkirk is not only the first movie of the year to almost certainly receive an Oscar nod, it might just be Nolan’s best film to date.

I say this because the film uses so many of Nolan’s subtle trademarks in crisp, clear and astoundingly complex, yet original ways that it makes one wonder if Interstellar, The Prestige and Memento weren’t building up to a force like Dunkirk from the very beginning. The film details not the battle of Dunkirk as one might expect, but instead chooses to focus on the British forces evacuating France as the French army holds off the German forces. It has all the hallmarks of a Nolan film, including the powerful cinematography of Hoyte Van Hoytema (Interstellar, Her, Tinker Tailor Soldier Spy, The Fighter) and a storyline that worms its way into your heart until you find yourself unexpectedly near tears.

Dunkirk is a war film, but it feels more like a disaster film done right. The German army seems more like Jaws than an encroaching enemy, always barely out of sight and with tense, driving music constantly reminding the audience that death could come at any moment for the sometimes eerily silent characters. The beachhead, itself, begins to feel like a purgatory for the British soldiers, and at one point, as the bodies of dead men arrive back on the beach with the tide, one gets the sense that even in death they will not be allowed to leave. There is, throughout the film, a sense of impending, inevitable doom. Unlike many war movies, the characters do not take a back seat to the action. Nolan accomplishes this by telling the story in a non-linear fashion, which means each man’s choice creates some new revelation for the viewer. It all makes one think of the director as some genius maestro at the helm of a whirlwind.

The movie does indeed feel like a whirlwind, or an earthquake, or maybe, more appropriately, like a tide coming in. War, itself, comes across as an elemental force that can only be held at bay, and then escaped for a time. The movie isn’t entirely dire, however, and in Dunkirk, Nolan has finally found the balance between ambiguity and catharsis. The movie does provide a surprisingly beautiful release at the end, and there are some genuinely emotionally overwhelming moments in the last act that makes many war films appear clumsy and crude by comparison. I could go on and one about this film, but to some degree a great film can only be told in the images it provides. All I can say is this: Dunkirk is a great film, and you’d be doing yourself a disservice if you didn’t go see it in theaters.