Valerian and the City of a Thousand Disappointments

Alpha is an ever-expanding metropolis comprised of thousands of different species from all four corners of the universe. Alpha’s seventeen million inhabitants have converged over time- uniting their talents, technology and resources for the betterment of their citizens. From visionary writer/director Luc Besson’s "Valerian and the City of a Thousand Planets". Photo courtesy of STX Entertainment Motion Picture Artwork © 2017 STX Financing, LLC. All Rights Reserved.

Pandering. Pedantic. Just a couple of dressy words to help you understand the faux intellectual travesty that is most of the dialogue and story of Valerian and the City of a Thousand Planets.

I wanted so badly to like this movie. The visuals were stunning, reminiscent of another science-fiction epic by Luc Besson, The Fifth Element, with a plethora of inventive-looking aliens and concepts based on the equally inventive (and delightfully campy) science fiction/fantasy comic series Valerian and Laureline from the early ’70s. What could have easily been the best genre film of the decade became another completely forgettable film in a slew of big-budget summer blockbusters over the last few years designed to appease a demographic of self-involved, pseudo socially conscious hipsters and high school-aged Millennials.

The story, itself, focuses on Valerian and Laureline, a couple of federal agents in a paramilitary organization responsible for the protection of the various races (mostly humanity, though) living aboard the gargantuan space station, Alpha, drifting aimlessly through the cosmos. Played by Dane DeHaan and Cara Delevingne, the duo are more like Gap models or Twilight extras dressed in leftover wardrobe from Besson’s 1999 cult sci-fi classic and dropped into the middle of a highly developed and woefully under-explored world. With acting as unemotive and inexpressive as the homogeneous and forgettable characters themselves, we have Valerian, who is supposed to be a suave, confident and highly skilled agent of the Human Federation (don’t worry, I’m coming back to that name), who instead gives us a slightly rapey, chauvinistic Keanu Reeves impersonation. But that’s OK, because Laureline, a highly skilled, highly educated and strong independent woman comes off as an equally emotionless, Kristen Stewart/Bella Swan lacky and Girl Friday, who spends the entire movie chasing after Valerian, only to become the damsel in distress needing him to rescue her again and again. 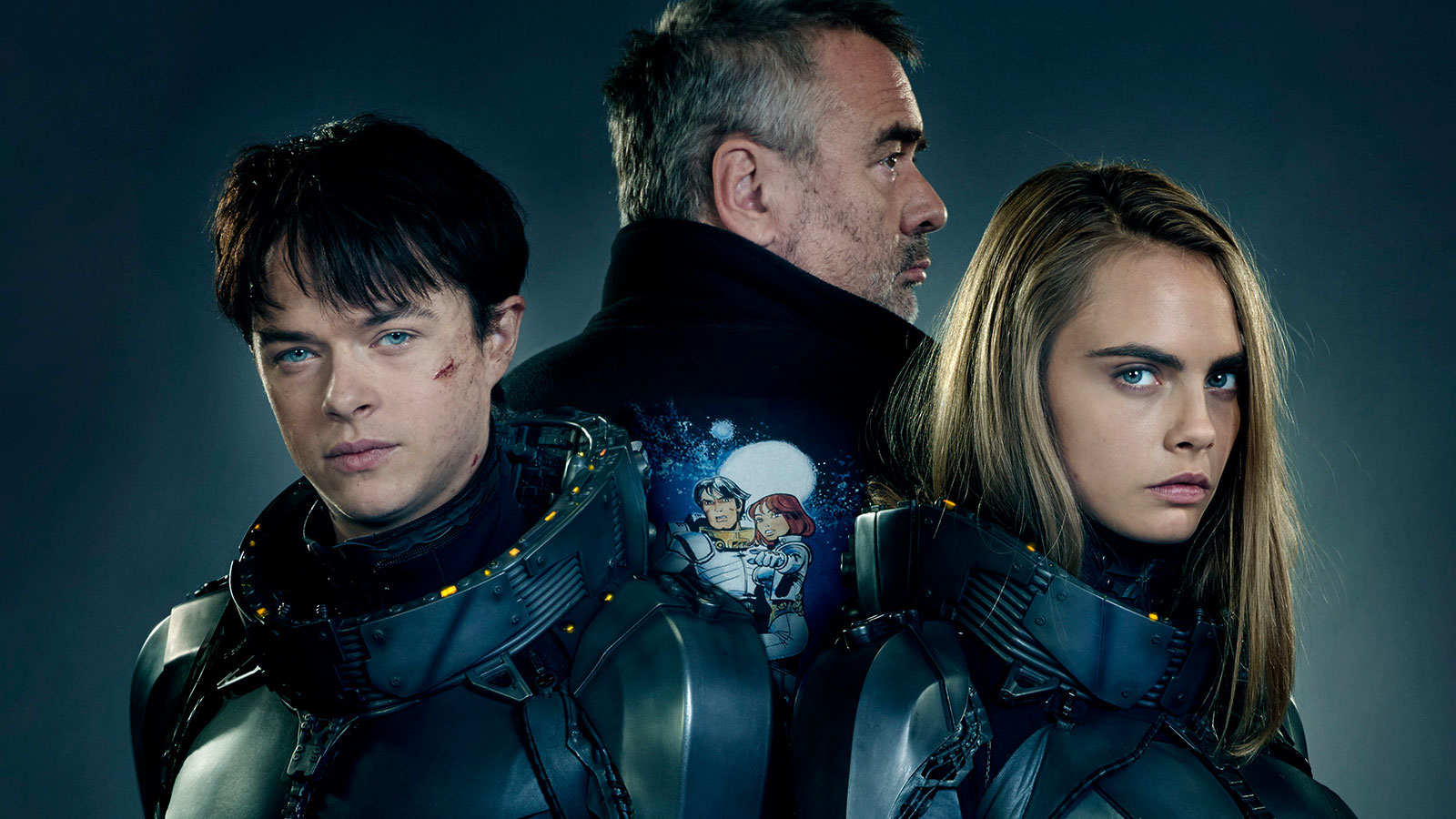 The story, itself, is no better. While elements of it are very well written the overall idea is familiar and derivative with an over-arching plot we’ve seen so many times before. Let me show you. The government commits an unintentional atrocity while trying to save itself from a terrible (and otherwise irrelevant to the plot) threat to its existence. It then spends the next 30 years being manipulated by a single, Great Value brand Machiavelli, who orchestrates a needlessly elaborate scheme to save his own ass while making it appear that he was a good soldier all along, protecting the best interest of his people. After witness(es) to the crime become terrorists to try and expose this secret and seek justice, a couple of altruistic super cops are sent in to stop them before seeing the truth and joining the noble cause of the wronged people, eventually toppling the villain and his scheme. Throw in some additional digs at Western culture and the current social and political climate of the U.S. to make the film feel relevant and that’s the entire A story brought up at random in between a series of secondary and seemingly pointless misadventures and a contrived romance between the lead characters get shoehorned in to make the overall story, itself, seem more adventurous and fun.

Flat, overly forced acting aside, I might have actually enjoyed seeing Valerian and Laureline exploring Alpha and putting out the inevitable brush fires and diplomatic crises that could happen when you have species from thousands of planets gathered together on a floating space barge. Meanwhile, you have the character Bubble, voiced and played in human form by Rihanna. This character’s only purpose for existing (other than to see Rihanna dress in a few skimpy outfits portraying iconic actresses/musicians from the 20th century) was to attempt to legitimize the “love” between Valerian and Laureline. The character’s shapeshifting ability, needed to mask Valerian’s infiltration of an alien compound to rescue Laureline… again, could have literally been accomplished by having the character find some piece of technology that does the same thing without the further unnecessary and flat performance of another talentless A-lister.

Now, this may just me being picky, but Alpha, the floating City of a Thousand Planets, is ruled by an intergalactic cooperative of species who fall under the banner of the Federation of Humanity. I mean, literally, thousands of different species but, because Alpha was built on top of the corpse of the International Space Station, we’re calling claim to the entire organization. It’s full of this sort of Homo sapiens superiority over everything that, again, was designed to make a reference to current affairs in another jab at the U.S. while also being one of the most “What the Fuck?” moments of the film.

Picture the middle of nowhere in the 26th century. A council of dozens of extraterrestrial races, many of whom bare nothing in common with humanity, are called to assemble in a meeting hall with a huge emblem emblazoned in the center of the room reading “Federation of Humanity.” This, of course, is overlooked in the end credits when the president of this federation is listed as “President of the World State Federation.” I mean, you assemble the most advanced sentient races in the universe to work together in peace for the benefit of all and then constantly remind them that a world full of backwards, primitive apes are in charge because they built and they paid for the foundation.

Look, for a movie based on a campy, 1970s science fiction/fantasy comic book that has been plagiarized for over 40 years in titles like Star Wars and The Fifth Element, to name just a few, it wasn’t the worst thing I’ve seen. But, beyond becoming a cult classic for a generation of narcissistic teens and twentysomethings, I wouldn’t expect much from this film. The potential to see this expansive, elaborate universe turned into an action/adventure series of films that explore the depth of human emotion and our ability to overcome our differences and our ego, individually and as a species to become greater than what we are, the aim of true science fiction, will never be realized in Valerian and the City of a Thousand Planets. If you go, watch it in 3-D so that you at least get the full entertainment value out of the sets, cinematography and CGI because, otherwise, you’re paying for Twilight in space.