Get Ready to Take a Trip With the Girls 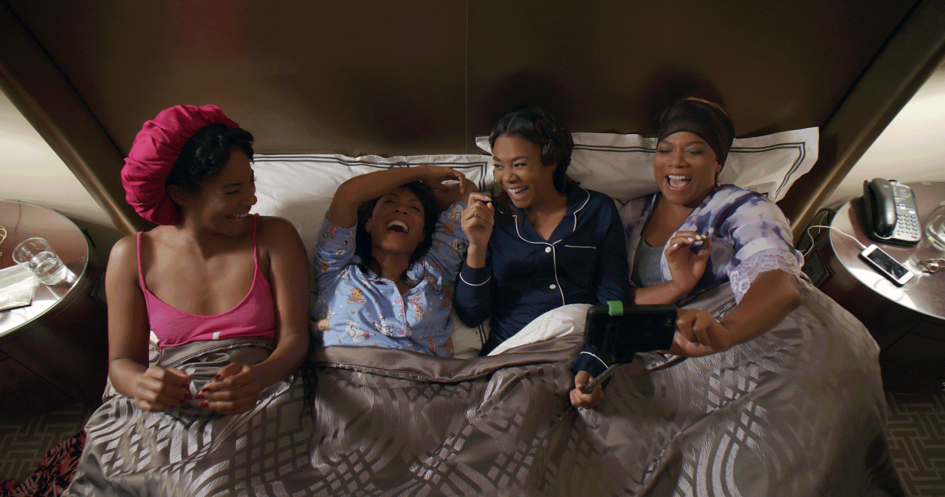 I have to be honest, when I went to see Girls Trip, I didn’t expect too much. Quite frankly, I expected an overly dirty, slow movie that was nothing more than a second showing of the movie that came out earlier this year, Rough Night… which is nothing but a remake of The Hangover with boobs. Instead, I was pleasantly surprised to see a funny, sentimental movie that had me laughing and missing my friends from college. The film opens by reminding us the distance that happens between some of the closest relationships we form during our childhood and young adulthood, means losing the people who knew us when we were our truest selves.

In Girls Trip, we have four friends who all graduated from college together, and due to careers, children, and marriages find themselves spending less and less time together. Regina Hall plays a sophisticated future Oprah, Ryan Pierce. Queen Latifah is Sasha, who runs a tabloid blog. Jada Pinkett Smith plays Lisa, a conservative divorced mother, and rounding out the crew is Tiffany Haddish as Dina, whose character is best described as an irresponsible, yet lovable party enthusiast. The trip gets complicated when compromising pictures surface of Ryan’s husband with an Instagram model.

There is something pretty powerful about a group of women who flit each other up. Sure, they don’t always see eye to eye in the film, but the end message is, never forget who has your back. Make no mistake though, the film in no way skimps on the raunch, but it succeeds where similar films failed, because it never seems forced. The film never comes across as a sad replica of The Hangover. You never get the idea that the idea is just for the girls to make a movie where they try to out party the guys, while at the same time making a movie where they party just as hard as the boys. The characters may be over-the-top archetypes — the conservative one, the party girl and the professional — but they are still always relatable. Tiffany Haddish is particularly impressive onscreen and I’m positive this is a breakout role for her.

The film is over the top, expect nothing less than laugh after laugh. It works hard for that R rating with male nudity, sexual humor, drug use and language you wouldn’t use in front of your momma. The film is a tad lengthy for a comedy. Not every joke in the film is funny, but the vast majority of the film’s jokes do hit. I was also pretty impressed with all of the cameos. Mariah Carey, Maxwell, Terry McMillan, Iyanla Vanzant, Morris Chestnut, Faith Evans, Common, Diddy and Ne-Yo are all in the film.

While the target audience may be women, there are certainly enough laughs to go around for men to enjoy too. It’s hard to explain how a movie this raunchy and this funny, also seemed somehow classy. The women never seem to self-deprecate themselves — no easy task for a female in, what is essentially, a drinking-buddy film. When I screened this film, the entire theater laughed, cried and hoped for the characters. I am positive you will too. I give Girls Night four stars and look forward to Girls Night 2.