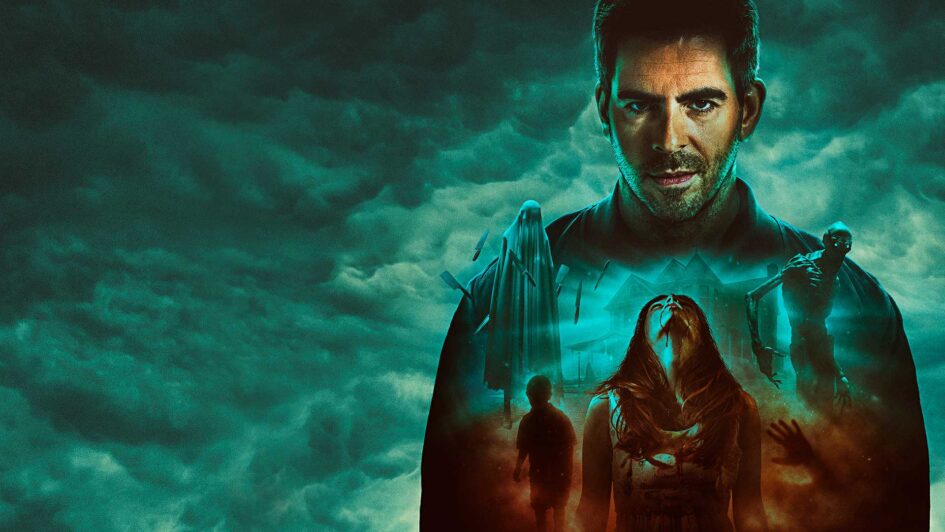 Per Matt
The very best of AMC’s FearFest is back with a vengeance! Halloween arrives early as Eli Roth’s History of Horror debuts before the mid-way point of October, ensuring more than enough mayhem ensues in October.

The season premiere explored home-bound horror in “Houses of Hell,” which can sometimes be brutally realistic and sometimes supernatural. Houses are characters, which can be just as dark as their occupants. They can look calm from the outside, while hiding something sinister inside. Everything from isolation horror to Gothic horror to hillbilly hell to that in the suburbs was explored with nostalgic looks at great moments within the genre, from low-budget cult classics to big-time blockbusters.

“Most haunted house stories, when you boil them down, are really glorified family dramas.”

Season 2 looks to be off to a strong start, creating a solid holiday tradition for the network. Many familiar faces of Season 1 (Bring Back History of Horror!) return this time around, including AMC mainstays Chris Hardwick (Talking Dead) and Greg Nicotero (The Walking Dead), as well as Stephen King and son, Joe Hill, Scott Derrickson, representatives from Blumhouse Productions, film critics, film scholars and an assortment of filmmakers. Each one makes great contributions for the murder house topic in particular, as well as the genre, overall. Having grown up in a 100-year-old house that was seemingly always involved with strange phenomena, I had a blast watching this killer episode.

I’m always surprised by how much information and darkly comic commentary is crammed into each episode and I love every second of it. But as much I enjoy watching this show, last year, I was deathly afraid that network executives were planning to pull the trigger and move this great show to the AMC streaming service or even Shudder, as content is king and there is no doubt that each episode is very, very expensive to produce. It also seemingly took a great amount of time to film, as the first season was released in 2018. Two years later, maybe now this documentary series will be a regular spooky treat (No tricks!) for fans, airing on the network for many years to come.

I will cross my fingers, always seeking more of a good thing, but I’m simply happy this show was completed before COVID-19 reared its ugly head, stopping every Hollywood production in their tracks. With the release of only one episode, more seasons of the show seems doubtful, as History of Horror has been shuttled off to Saturday nights, which is always a bad sign for prospective ratings. The previous season, it followed TWD mothership on Sunday nights, which brought in many more viewers.

Enjoy this terror-filled show while you can, as its stay on basic cable will probably be short lived. It’s absolutely the best of FearFest so far this year (which isn’t saying much, looking at the network’s offerings), but it is being paired with the great horror docuseries, Cursed Films, which had previously only aired on Shudder. Seems like two similar-themed shows heading in opposite directions. Both are great. Both deserve more episodes. And both deserve your attention during the spooky season.