Examining None But Myself, a Zombie Short Film 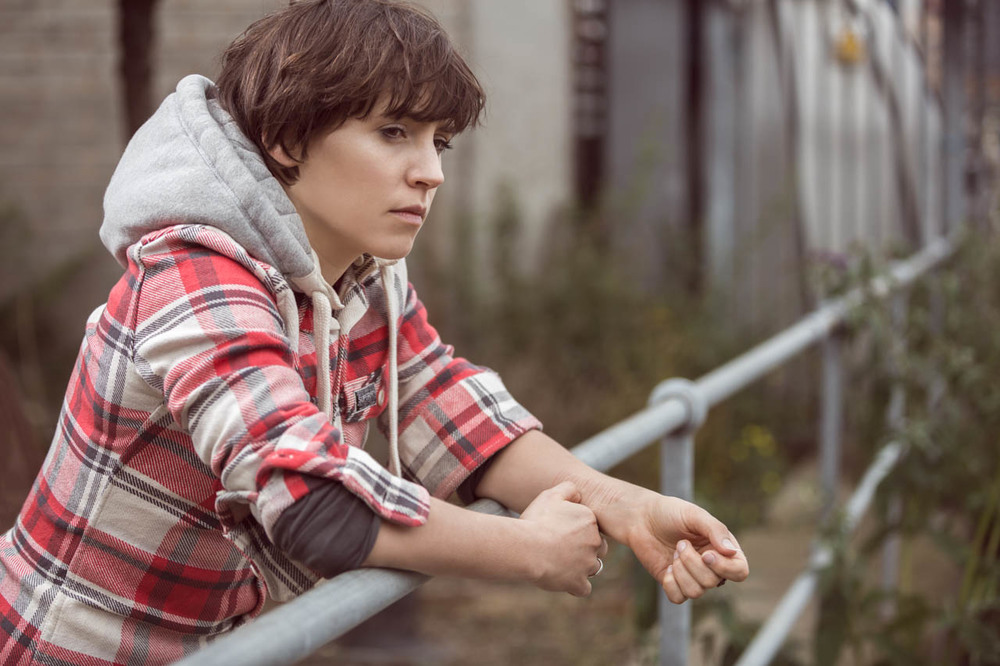 Photo Courtesy: None But Myself

None But Myself is a glimpse of what most aspiring filmmakers go through to produce features, these days. That is, the short film, itself, is a pitch for those interested in investing or contributing to a larger production. Before, filmmakers had to produce a script or a treatment to get others on board. Not anymore. With widespread access to cameras, from simple handy-cams to cinematic-style digital cameras, filmmakers can not only detail their story, but also show the artistic and technical characteristics that will reflect their abilities on set.

My personal opinion, on the priorities of making a good story, begins with making good characters. A great plot will fall flat with uninteresting or non-empathetic characters, while a routine story can be enticing with well-developed characters. None But Myself illustrates this well. For a Zombie short film, one might expect to mostly see some action against the undead. Instead, Writer-Director Leon Oldstrong created the characters in which viewers could empathize. The protagonist of the film, Dillon (played by Ruth Pickett), is quite interesting, and given she has zero lines, whatsoever, only adds to her intrigue. Throughout, only a couple of characters have speaking lines. Understanding Dillon’s lack of dialogue gives clues that she is a loner and most likely untrusting of most people. Her demeanor, at times, whether it is crying about the loss of her mother or riding her bike into a couple of bullies, instead of verbally defending herself from them, suggests she has a lot of inner turmoil. Add in her lesbian sexual orientation and you get an outsider who is pretty much primed for a Zombie Apocalypse, as she is used to being independent.

The mood throughout None But Myself is somber and bleak. Though the pacing is quick at times, the music and action onscreen makes it feel slower. In all, there are nine scenes throughout. The first few are quick; they all last less than a minute and have multiple cuts throughout. This helps many short films in the same way a montage helps longer ones. The audience gets a lot of information in a short period of time. They aren’t strung along for lengthy scenes, taking time to build on story and character. Instead, they are given many details throughout many short scenes to understand the bigger picture. The final few scenes last longer and, rather than form character, construct the overall story. To exemplify this, the first four scenes average about 40 seconds each, while the remaining five average more than twice that length.

The shots, themselves, create a rich cinematography. Nearly every outdoor shot is desaturated and handheld. Compare that with the interior shots, which are mounted and a bit more colorful, and you get a satisfying juxtaposition. This technique creates a feeling where the familiar ways of life inside our comfy homes are more stable, while life on the streets are more unpredictable and potentially hostile. The average viewer may not notice, but a shaking camera creates unease and thus adds to the style of the horror genre. The final scene has a couple of great shots to enhance this further. One shows Dillon picking up her bike from an angle looking underneath a car, on the opposite side of her. There is an eeriness that comes from characters not being seen on screen. The other is a tracking shot from an aerial view, displaying the abandoned wasteland in which Dillon is about to embark. From here, we can only imagine her journey.

Lots of times, short films are underappreciated. They are used as a means toward bigger projects or rarely have a platform to be showcased. For filmmakers, they are the stepping-stones for expanding skills and stories. None But Myself has a lot of promise and looks poised for a broader production. Though finding the means to fund that production is a struggle for many talented artists.