Exploiting a Franchise: When Critters Attack! 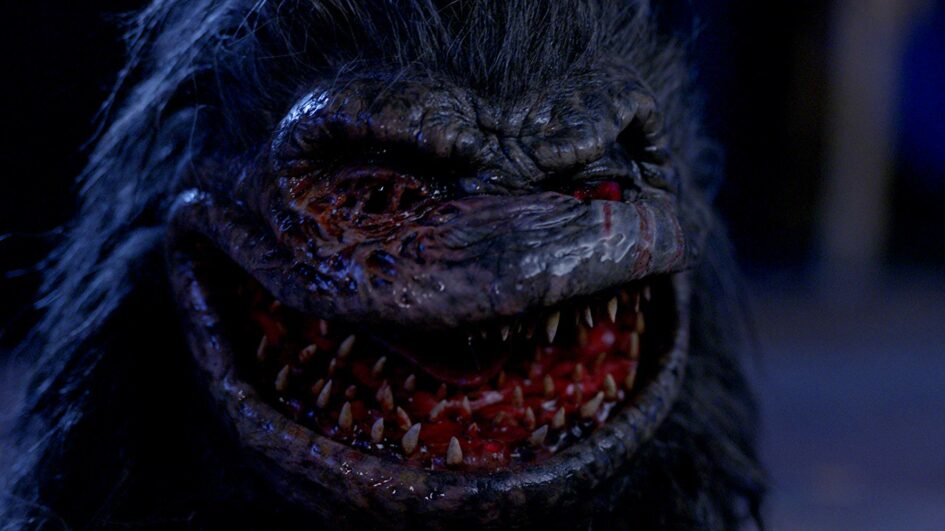 Per Matt
What happens when an exploitation film is so bad, the audience feels like its been exploited by the conclusion? That’s how I felt after watching Critters Attack!

I will readily admit it: I like B-movies. I don’t mind watching extremely low-budget horror films… as long as I know it from the start. That way I can prepare for what I’m about to see. But if there’s a movie that pretends to explore a high-concept idea that actually takes the low road, I will lose interest quickly (unless it’s discussing a general topic that really interests me). That leads me to Critters Attack!

When I heard there would be a new Critters film, I couldn’t remember the last time I’d seen one. You see, I’m a Child of the ’80s and I actually saw the original film somewhere around 1986. That was the only film in the franchise that I’d ever seen. Back in the day, I wasn’t very impressed. I definitely don’t remember the overall canon, but as a kid, I actually thought it was a Gremlins rip-off. A really bad one, at that. Throughout the years, I pretty much ignored each of the four released sequels. Fast forward to this week as I finally watched the film, a part of Syfy Halloween programming, naturally.

After an unidentified flying object crash lands, mysterious furry Krites begin to multiply, rolling a path of destruction through a small a college town and the only ones who can stop this ravaging terror is a group of teenagers. If that byline sounds a tad underwhelming, well, you wouldn’t be the first one to think that. The storyline was way too slow to keep my full attention span and there was not enough terror for this to be considered a horror film (unless you count the acting, which was actually REALLY scary). The furries’ puppeting isn’t really bad, but the writing and directing aren’t exactly top-notch (movies like this don’t exactly demand those elements). This is definitely low-budget filmmaking at its finest, but is this loosely considered a sequel or maybe a reboot for the franchise?

According to IMDb, this is a selective sequel, following the events of Critters 2, which may or may not be true. The thing that is real is that Syfy acquired the broadcast rights in order to create future sequels, and I can see that happening for a long time to come. For many years Syfy was constantly cranking out low-budget films and TV shows and this one definitely reminds me of Tremors, which was always airing (or one if its many sequels) at some time of day on the channel in the early 2000s.

Any sense of logic is ignored within the script and the antagonists can’t communicate with an audience to tell their story or interact with the protagonists. That, and there’s very few intriguing plots involving the good guys, so there really wasn’t a lot of interest from this viewer until the finale, when the carnivorous killers from outer space finally shot their quills or spikes from their bodies to kill their prey… which only happened twice. And each time, the targets survived.

There really weren’t too many redeeming elements, but there was some cool electronic music that’s nostalgic of the ’80s scattered about, sometimes sounding eerily similar to the Stranger Things theme.

I believe in storytelling tropes and so does the script to this so-called movie.

“I don’t believe in monsters, but I do believe in one thing: I can run incredibly fast.”

Sci-fi and horror fans have definitely been taken advantage of to sit through this so-called franchise film. I’d say it’s got classic B-movie cheesiness at its greatest and overall it’s a Z-grade movie at its worst.