Treadstone is a Rush 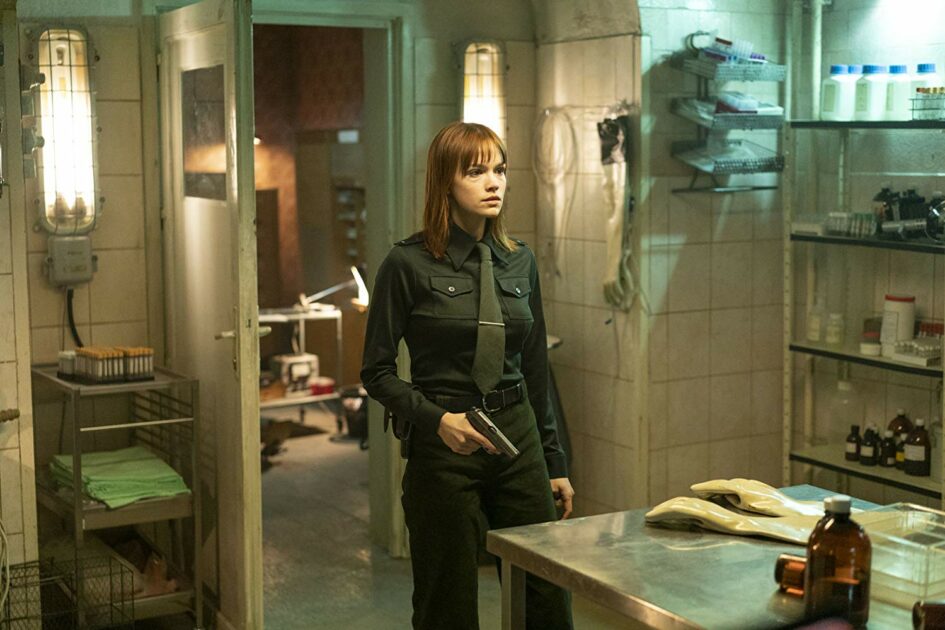 As a fan of author Robert Ludlum, I was very excited to learn about a spin-off TV series that takes place within his Bourne Universe. Having read the first of his Bourne book series and enjoyed the first three feature-film adaptations featuring Matt Damon, I was wondering how a TV series could keep up the frantic pace for an extended amount of time, always running against the clock in never-ending do-or-die scenarios. Treadstone, airing on the USA Network, did not let me down in that regard.

Sleeper agents have begun to awaken throughout the world and Project Treadstone is responsible for the results. “The Cicada Protocol” bounces back and forth between flashbacks to the ’70s and the present day as Cold War fears lead to the death of a dictator and the launch codes of a Russian nuclear bomb that’s gone missing will surely fall into the hands of a rogue group destined to start World War III unless these sleeper agents can save the day.

Dark secrets, nationalist pride, corporate layoffs and brainwashed soldiers are all touched upon in a variety of ways, and the lengths people will go to get the weapon’s launch codes are explored. But the only way a series like this can be successful is if it focuses on strong characters. Instead of simply focusing on one main character, at least through the very first episode, the show is telling the stories of a group of soldiers who have absolutely no idea that they’re killing machines. Whether or not they’re connected is yet to be seen, but I really hope each one has individual orders that won’t cross paths with the others.

Music plays a big role in their lives… much more than they actually realize. It seems the French nursery rhyme/song Frère Jacques is a grand link that awakens these agents. And if you’ve seen any of the Bourne movies, you’ll realize there’s plenty of action to anticipate. So, naturally, the only cure for escaping a drug-induced haze is more adrenaline!

As a high-profile event series, the main question I keep asking is what, exactly, is the Ludlum connection? Is it in name only or will the filmmakers actually attempt to explore the atmosphere the author actually created? Known for creating thrillers that involved conspiracy theories and terrorists who are actually doing the dirty work of high-ranking governments, I’m very interested in seeing where this series goes and how long it can keep up its frantic pace.

Did our main characters actually choose to become super soldiers or did this unsanctioned black-ops program choose these participants against their wills? And what happens once they realize the recurring dreams of not feeling themselves is actually real life?

As an Easter Egg, I would really like to see one or more of the big-screen characters appear in a brief cameo. While I truly doubt that would involve Matt Damon, I don’t see that role being too small for Jeremy Renner. A recurring role might be too much to ask for, but possibly bringing in Doug Liman to direct the season finale might also be the ticket to enticing one of the big-screen actors into appearing.

A fan can always hope for some sort of connection between Ludlum’s stories. And so far, I’m definitely a fan of this show.