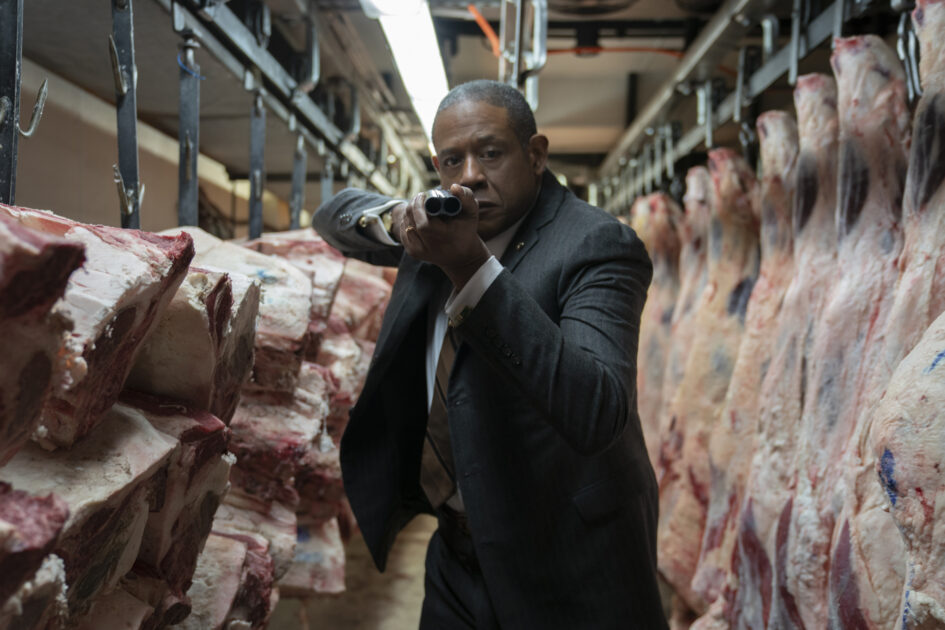 Per Matt
Organized crime. Gangsters. The Mafia. Crime lords. The kingpin. A mob boss. Hitmen. A made man. Wise guys. Every element depicting the true-crime aspect of America’s (and Italy’s) not-long-ago past always intrigues me, so I was very curious to watch the series premiere of Godfather of Harlem, currently airing on EPIX. After watching only the first episode of this new television series, I was blown away and I can’t wait to see what happens next in this excellent crime drama.

Self-described as an “intersection of politics, civil rights and crime,” Godfather stars Forest Whitaker as Bumpy Johnson, a real-life American mob boss who became an associate of the Genovese crime family. “By Whatever Means Necessary” begins as Bumpy completes his narcotics sentence at Alcatraz Federal Penitentiary. Fully prepared to reclaim his Harlem territory, mob boss Vincent Gigante will have something to say about that. Bombarded by requests of help, money and other people’s problems, it doesn’t take long for Bumpy to get situated back into society.

Inspired by actual people and events, the overall storyline set in New York during the 1960s parallels contemporary society, as Bumpy sees the importance of coming together as a people to fight a common enemy, whether it’s the Italian mob, racism, the Opioid Crisis, complicated rules of engagement or simply betrayal, there really is a difference between public pronouncements and reality. Bumpy and his crew seek justice… even if it is reckless.

“Nobody does that time and comes out fine.”

The diversity of this cast is amazing and the powerful acting is impressive. With great music and set design, incredible care was taken in recreating this nostalgic look at New York.

The best thing about this story is also a similar theme in the EPIX series Get Shorty, as well as Perpetual Grace, LLC. The main characters are ALWAYS thinking one step ahead of everybody else, and they’re always prepared for the unfolding events around them, regardless of the situation. These characters have major influences in the world they live in and each one does their part to make it a better place to live.

Whitaker, much like Bumpy, is a force of nature. Already known for the strong performances that brought him an Academy Award, a Golden Globe and a BAFTA, he really pulls his weight as a powerful underdog here. Seemingly always serious, the rare instances where he smiles are golden. And he has plenty of reasons to smile, as Chris Brancato (The X-Files, Hannibal, Narcos) and Paul Eckstein (Narcos, The Dead Zone) help bring this series to life. And don’t get me started on the cast, which includes Ilfenesh Hadera, Giancarlo Esposito, Luis Guzmán, Nigel Thatch, Vincent D’Onofrio, Chazz Palminteri and Paul Sorvino! That combination of talent would have me smiling too!

Everyone’s in some kind of trouble and that means the ruling five families have difficult decisions to make… but missing out on Godfather of Harlem should not be one of them.