Fear the Walking Dead: Not Fade Away 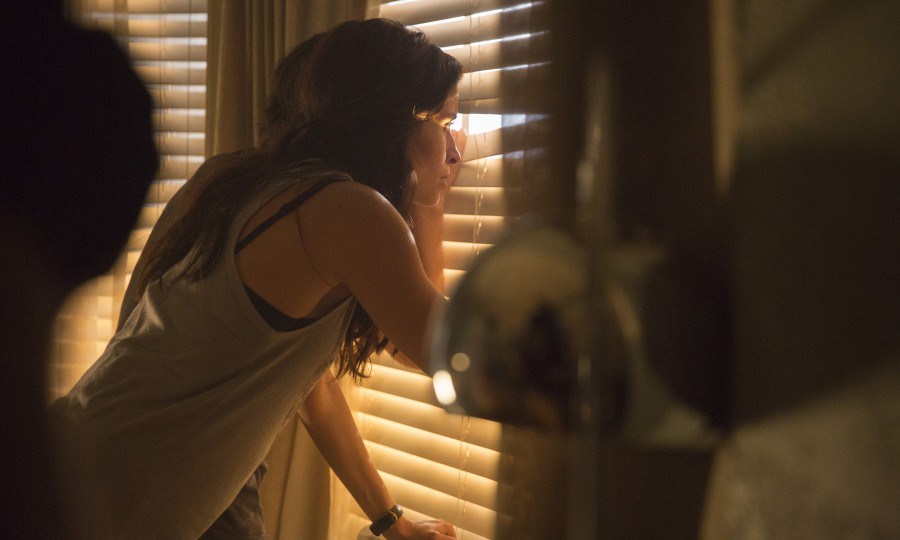 It’s been nine days since the lights went out, the neighborhood fence went up and the National Guard moved in.

So begins Episode 4 of Fear the Walking Dead, Not Fade Away. While everyone else pretends life is beautiful, Chris spends his free time perched atop the roof, filming the outside world. After noticing a flickering light, he thinks he’s made contact with another person — where no one is supposedly alive — but no one seems to believe him.

The National Guard declares there are only 12 safe zones South of the San Gabriels and this one has a six-mile radius around the neighborhood that is an infect-free zone. This area seems to have many similarities to the Alexandria Safe-Zone, currently being portrayed on Season 6 of AMC’s other hit TV series, The Walking Dead.

Even though there’s a curfew in effect for the neighborhood, that doesn’t stop Nick and Alicia Clark from snooping around or Madison from sneaking outside the fence. And apparently, love is in the air, as Ofelia flirts with a soldier, while Travis and Madi get hot and heavy in the garage.

Neighbor Doug Thompson is a head case, later removed from the area and we discover the military may be stockpiling medicine, preparing to take back control of Los Angeles. But the locals are restless. The National Guard is questioned about their living situation as Dr. Exner makes an entrance. Alicia is playing with needles, Madi lays the smack down and Liza reveals she has been pretending to be nurse all along. Under the cover of darkness, soldiers arrive to take Griselda to a medical facility, Nick is taken hostage, Old Man Salazar is not allowed to leave with his wife and the mysterious person outside the fence is killed. Liza is blamed for breaking up the family as the episode wraps.

Episode 4 was good. Really good. It offered more focus on the storytelling side, instead of being full of action. There were no walker deaths throughout the entire episode — which may be a first — but a few of the undead were sighted, already downed, during Madison’s secret journey.

Now that the main group of characters is no longer together and there are only a few more episodes of Season 1 remaining, the question must begged: Who will be killed off first?

Strength: New characters are introduced, with multiple possible antagonists.
Weakness: No walker deaths.
WTF Moment: Who will be the next conspiracy theorist, who actually recognizes what’s happening?

Notable Quotes:
– “They always come home.”
– “When did the world end?”
– “They do evil because of fear.”
– “What I saw was prophesized.”
– “Not a lot of traffic, these days.”
– “The tide has most definitely turned.”
– “If it happens, it will happen quickly. You must be prepared.”