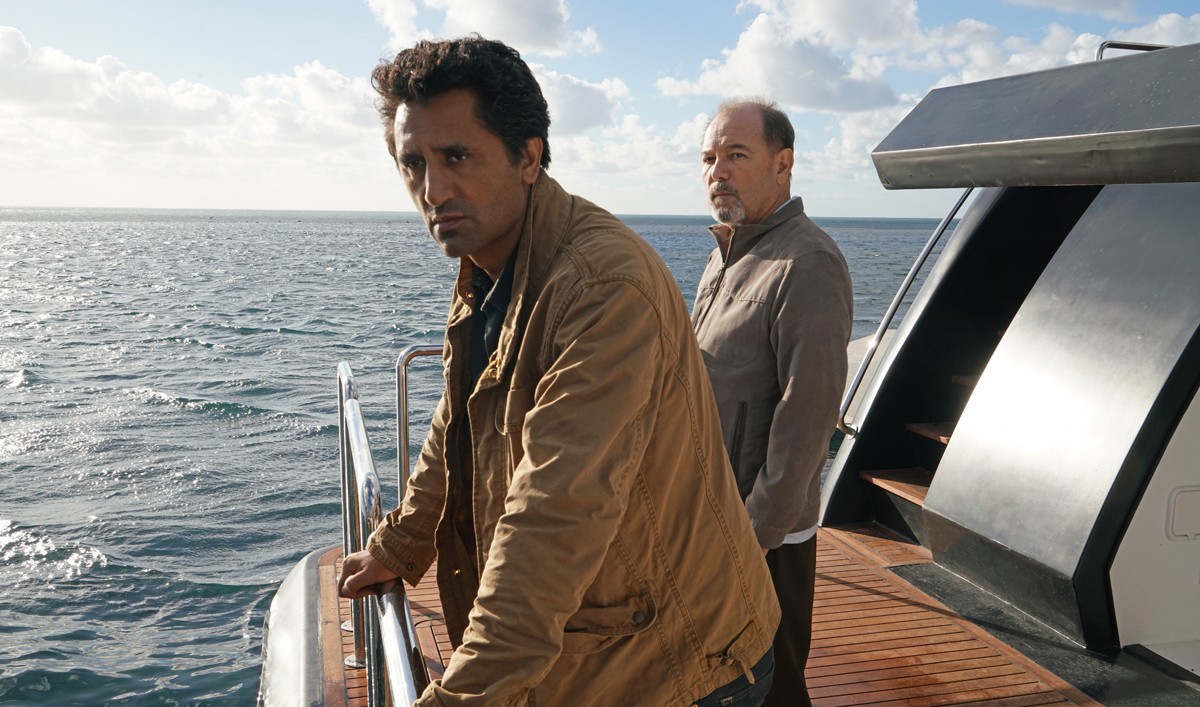 Many hit TV series wait until completion before creating a spin-off. The Walking Dead didn’t have to. With six seasons going strong, AMC greenlit Fear The Walking Dead, much the same as its predecessor, only now set on the West Coast. The series follows Madison Clark and her children Nick and Alicia, Travis Manawa and his son Chris, Daniel Salazar and his daughter Ofelia, and Victor Strand.

Season 2 opens up with the survivors on a beach, watching bombs fall out of the sky, while Zombies begin to surround them. They all manage to make their way to Abigail, Strand’s yacht, and begin their journey South to San Diego, where Strand says the national guard has set up refuge for survivors. The first day out, a raft carrying a large number of survivors floats into Abigail’s vicinity. Madison tries to convince Strand to rescue them, but he adamantly refuses. Paranoia runs high for Strand, as tension builds between Chris and his father over the death of his mother, Liza, who killed herself as a form of mercy, in order to protect her family.

While most everyone is preoccupied with each other, Alicia gets a distress signal on the boat’s radio from a man who claims that he, his brother and sister-in-law are stranded without water. In a state of compassion for them, she listens to his testimony, while she confides in him that they have a way of distilling water and could rescue them. The man tells her that they are located near an area of billowing smoke. When Alicia tells the others about the survivors, Strand adamantly refuses to pick them up and reprimands her for disclosing their information. Alicia admits to the man that they won’t be rescued, to which he replies, “It’s OK, I’ll see you soon,” perhaps confirming Strand’s decision not to reveal themselves was a good one.

Later, the passengers gather at the stern of the ship to pay their last respects to Liza. Before they finish, Chris dumps her body overboard and storms off. Afterward, Chris goes on deck and jumps out into the water. Everyone becomes alarmed and Nick jumps in for the rescue, though he claims he just wanted to swim. After submerging himself, Nick is attacked out of nowhere by an infected man, floating at the surface. He escapes to find a small vessel overturned and filled with bullet holes. He makes his way to the capsized boat and collects its logbook before returning to the Abigail. Upon arrival, Strand notices a ship traveling toward them on the radar. Knowing that it is moving faster than his yacht can manage, he informs everyone that they need to continue their course in order to try and outrun the ship, for fear of finding the same fate as the newly discovered and devastated boat.

Though there is little Zombie action in the first episode, lots of tension between the yacht’s passengers drive the drama. With the reveal of dangerous survivors on the open water, the next episode is sure to ramp up the action and intensity. Fear the Walking Dead airs on Sundays at 9 Eastern on AMC.