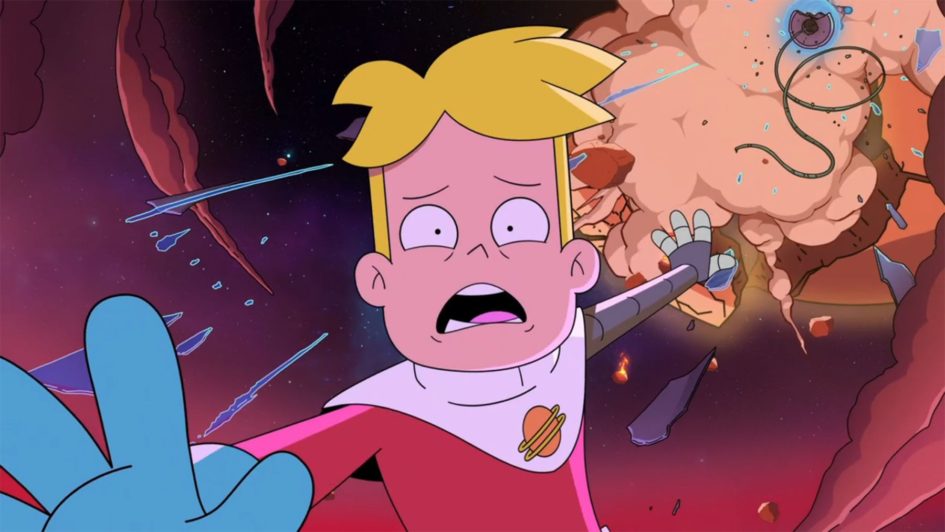 Science fiction can be many things to many different people. For Final Space, the TBS Original Series produced by Conaco, it’s sentimental sci-fi that boasts both fun and sad adventures in outer space.

On the surface, Gary Goodspeed (aka Thunder Bandit, voiced by Olan Rogers) is goofy, ridiculous and always a little out of touch. But that seems to come with the territory when you’ve been a prisoner for five years aboard a spaceship where your only social interaction is with a maddening crew of robots, including the Insanity Avoidance Companion, KVN (Fred Armisen). But when trouble eventually arrives, Gary rises to the occasion. Coincidentally, as the character grows to become the main hero of the series, unfortunately, there are a string of mishaps that leave him wounded. Dealing with the pain, he assembles a crew to close a breach that could destroy the entire universe, along with fighting a really bad guy with supernatural powers who looks like a talking meatball, going by the name of Lord Commander (David Tennant).

If you can get past the surface-level goofiness of Gary and you can focus on the overall storyline, you’ll really enjoy this show. The episodes are actually really sad, dealing with loss of family and close friends. These writers really shine with the stories they’re telling. If I may get sentimental for a minute, I actually cried at the conclusion of multiple episodes. They really are touching, especially Chapters Seven and Eight. If you’re looking for a happy ending for every character, this isn’t the show for you. In fact, I might even say for a first-season TV show, they may be a little too heavy. Good thing for the lighthearted Gary, who’s constantly dealing with his destiny in a variety of outrageous ways. 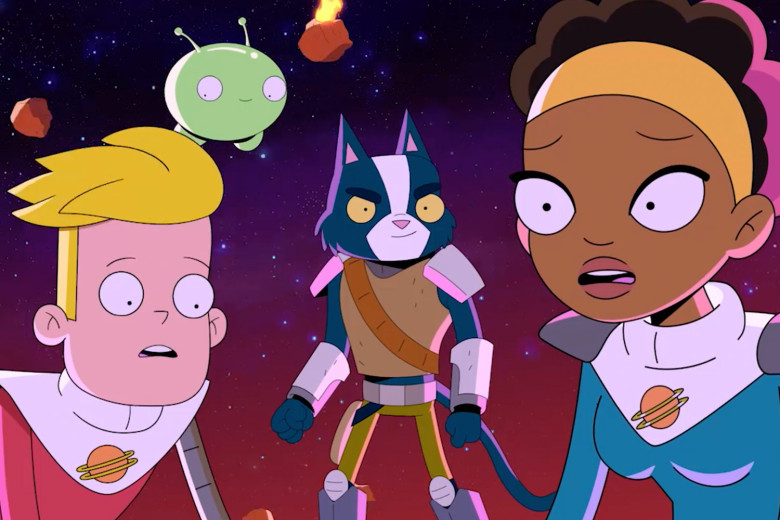 Featuring a psychedelic vibe with neon colors and 3-D tendencies, overall, the show is dealing with some weighty issues. Talking to the dead, dealing with a looming doomsday and coming face to face with a time-traveling paradox that proves Einstein was a jerk, Gary and his friends have a lot on their plates. And there’s multiple cold intros that foreshadow an imminent death, which gives the episodes a serialized style of storytelling, leading up to the season finale. Some jokes feel like they’re wasting time, while other characters’ backstories don’t get enough focus. Avocato, the short-tempered little grouch who looks like an alien cat, didn’t get enough screen time, but his son, Little Cato (nicknamed Spider Cat, voiced by The Walking Dead‘s Steven Yeung) does, with vengeance on his mind.

Already renewed for Season 2 (to consist of 13 episodes), the show will be featured at the upcoming San Diego Comic-Con. Showrunner Olan Rogers has mentioned on Twitter that he’s already imagined six seasons of stories, as well as the series’ conclusion, in case you were wondering.

With the disappearance of Nightfall, will the cliffhanger from the season’s conclusion be solved via time travel? Or will it be some sort of deus ex machina? I guess we’ll have to wait till 2019 to find out!