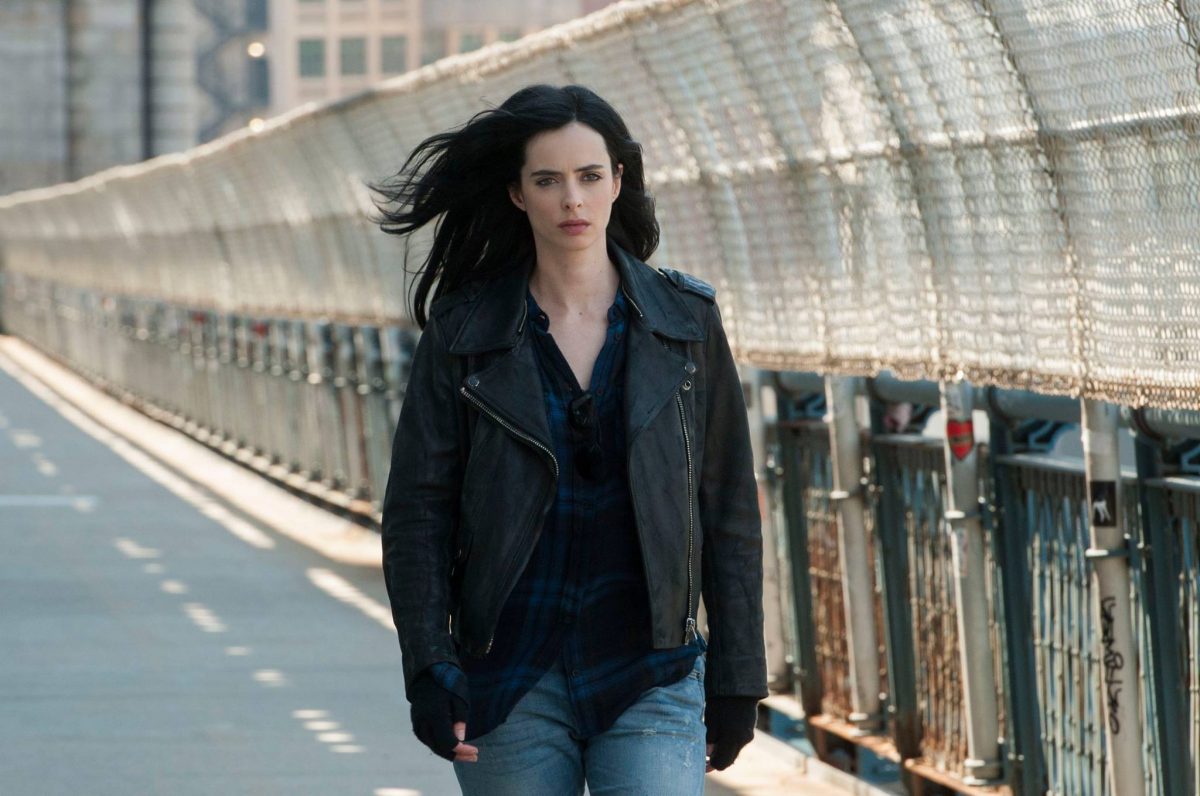 We’ve all gotten used to cinematic superheroes, by now. Every year there is a new movie or two that debuts right around this time, with several to follow, as we get deeper into summer. From movie to movie, a lot of the same elements apply across the board. For the Jessica Jones series on Netflix, the tropes are sidelined, for the most part. Here are just a few reasons Jessica Jones has reinvigorated the genre…

The immense majority of Marvel’s comics present a homogeneous form of hero. They are typically white males, between the ages of 18 and 40 years old, who live in an urban environment and take their gifts as personal burdens, in which to dole out vigilante justice. The choice to use those parameters likely is not a coincidence, as it fits the demographic for most comic book fans, in general. Jessica Jones may be white, in her late 20s and living on the lower West Side of Manhattan, but she breaks the mold for what is seen as a typical superhero. After trying out the role of heroine, she decided the lifestyle just didn’t suit her. Her stepsister, Trish, even goes to the trouble of creating a costume and alter ego (Jewel) to egg her on to that lifestyle, but Jessica persists on staying low key. She doesn’t flaunt her powers or even use them on a regular basis. They are simply a tool for her, if she has to use them. Sure, being able to fly — or jump high and fall, as she puts it — comes in handy, as does super strength, but she isn’t fighting off thugs on a regular basis. Her true skills don’t come from powers at all, but rather her keen intellect and persistence. Multiple times she is questioned for being a private investigator, and her go-to response is, “It’s the only thing I’m good at.”

If you’ve seen Daredevil, you will consistently view a barrage of violence in just about every episode. Jessica Jones has plenty of violence, as well, but also adds sexual themes, too. Within the first few episodes, three different sexual encounters are depicted, and they are not glossed over like some network or even cable shows with an MA rating. Of course, there isn’t nudity, but when most TV shows use close ups and weird angles to get their point across, Jessica Jones has wide shots to show every thrust and moaning facial expression that tends to last just long enough to make the scene awkward for viewers deciding to binge the show together. Not to mention the several remarks of rape that occurred before the events of the show take place — one, of which, results in a pregnancy and ultimately its termination. And when it comes to violence in Jessica Jones, it is abnormally graphic. One scene includes a man’s arms being severed and shoved down a garbage disposal. Another shows someone’s severed head being dumped out of a plastic bag. Add dismembering explosions, shotgun blasts to the face, severe beatings and an unimaginable number of other vicious occurrences, and it all sums up to an adult-based program. Though almost every Marvel film gets slotted into PG-13 territory, the comics, themselves, are usually closer to the themes Jessica Jones has to offer. Many parents may dismiss comics as youth material, but when you think about it, having realistic characters (outside of the superpowers, of course) means that they will have real-world problems such as death, violence, and sexual tension, especially since fighting murderous villains is part of the job.

What makes a villain scary? What makes them powerful? Sure, Loki’s got god-like powers, Yellow Jacket’s got super-advanced technology and Electro’s got manipulation of electricity, but they are all physically powerful in their own right. What makes Kilgrave (portrayed by David Tennant) so scary is that his powers are mentally attributed. Specifically, he can basically mind-control anyone, even up to 12 hours after contacting them. If he walked up to you, handed you a knife and told you to cut out your best friend’s eye, you would do it without hesitation. Acquiring his powers at a young age, Kilgrave basically became a sociopath from his own volition. It’s hard to be a parent if you want what’s best for your child, but are manipulated into doing only what he wants. He remorselessly uses people and often leads them to their own demise. His infatuation with Jessica comes from their bond as super-powerful people. He can relate to being different from the rest of the world’s population. At times, he is even sympathetic. On one occasion, he tells Jessica, “I never know if someone is doing what I want or what I tell them to. I have to painstakingly choose every word I say.” He has a point. It must be grueling to have normal relationships when you’re not sure if people are even using their free will around you. But all of that goes out the window the first time he tells someone to kill himself. If Kilgrave was more ambitious, he could rule the world simply by walking into the White House and declaring himself President. He is the definitive reason why vigilante justice can be tolerated in the Marvel Universe.

Nearly every hero-movie franchise starts off with the origin of the protagonist. The movies, themselves, wouldn’t make much sense if those details weren’t included. Origin stories provide great plot developments. Heroes have to learn how to live with their abilities and the limits that they have. Jessica Jones, the series, jumps right into the story without depicting how she became what she is. Throughout the TV show, there are tidbits alluding to the inception of her powers, but they are never fully explained. What we do know is that Jessica was the lone survivor of a car crash that wiped out her entire family and that she may or may not have had her abilities before this occurrence. The one person in her life who knows more than she lets on is Jessica’s estranged mother-in-law.Toward the end of Season 1, there is a small detail that depicts the mysterious organization, IGH, has something to do with Jessica’s abilities. Another thing we know is that Jessica is an alcoholic. The reason she drinks is to cover the pain of whatever Kilgrave did to her before the series started. This lack of explanation doesn’t take anything away from the overall storyline. Throughout the years, viewers have seen plenty of origins and sometimes skipping those details makes for a better story.

Every superhero has to struggle with right and wrong. There is a burden to having ultra-human abilities. As Ben Parker once told Peter, “With great power comes great responsibility.” The entire plot of Jessica Jones revolves around the main character juggling the consequences of trying to do what she thinks is right. In the pilot episode, a young girl’s parents come to Jessica for help. With their daughter missing, Jessica aides them in finding her, using her sleuthing skills. By the end of the episode, the abducted girl, Hope Shlottman, is reunited with her parents and it seems to be a happy ending for her. Before the credits roll; however, Hope gives Jessica and eerie grin before pulling a handgun out of her purse and slaying her parents in front of her, all under Kilgrave’s manipulation. At first, Jessica decides to run, knowing that getting involved with Kilgrave again would only bring her more misery. She reluctantly helps Hope, knowing that she just lost her family and will likely spend her life in prison for it if she doesn’t bring Kilgrave to justice. For the rest of the season, Jessica spurns loved ones and watches numerous innocent people die, all in the name of exonerating Hope. In the end, Jessica gives in to the only choice she has left; the hardest one, at that. Sometimes heroes have to go through hell to make things right.

Jessica Jones will return to Netflix at an undetermined date, projected sometime around late 2017.