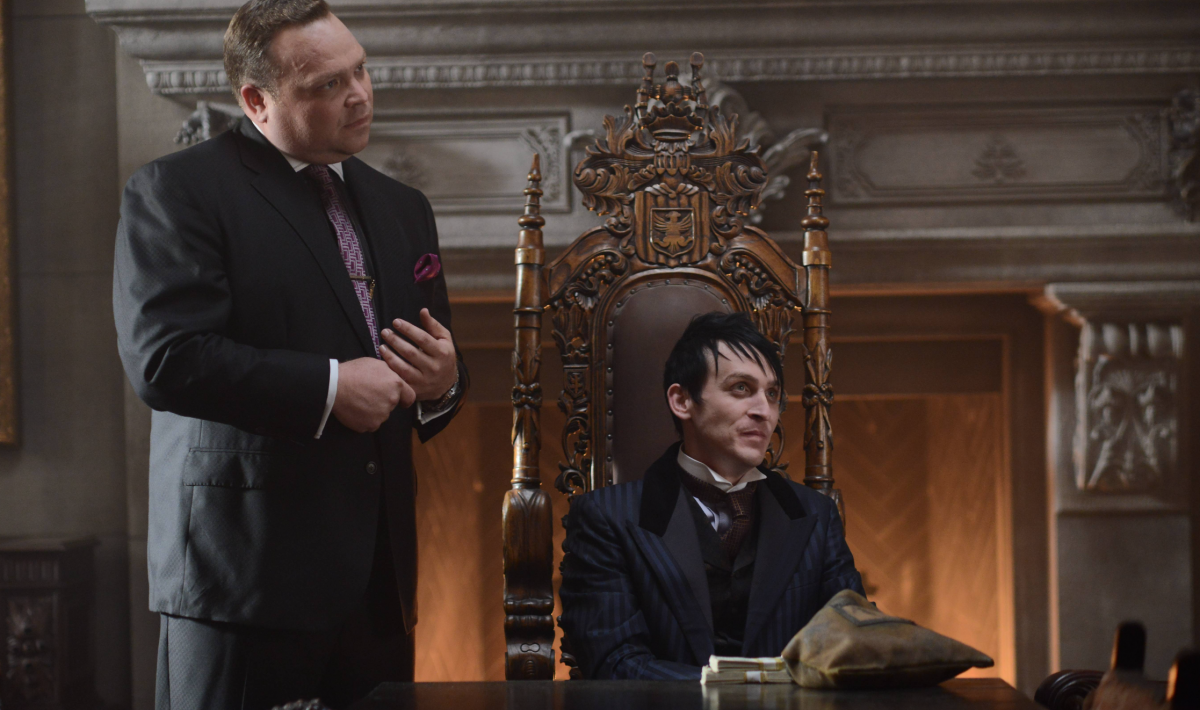 The recent Walker Stalker convention stop in Nashville boasted a talent lineup to be envied by even the best and biggest fandom events in any city. This stop on their multi-city schedule featured a variety of talent from The Walking Dead and then some, including The Vampire Diaries, Gotham, True Blood and more classic horror franchises, such as A Nightmare On Elm Street, Friday the 13th, the light retro fare of Gremlins, all the way back around to Fear the Walking Dead.

Since everyone always wants to interview the heroes, and most of them happen to under pretty strict lockdown for Q&As, I decided we would venture where most people rarely do, but should: The fascinating realm of portraying villains. Five favorite baddies of the small screen took a moment away from the deep-stacked lines of appreciators to let us into their experience as actors and with the fandom.

Being a convention aimed mostly at fans of The Walking Dead, and given the recent string of peril our man Glenn finds himself in of late, I decided to start with the two fellas who’ve contributed to Glenn’s dances with death: Michael Traynor (Nicholas) and Austin Amelio (Dwight).

The Walking Dead’s fandom can be quite animated at times, and that was my question for Michael: Separation of reality from the character he plays, among the fans he speaks with at events like this. “I think the main reaction is always colored with sense of how much they love the show. They have this great passion for the show, so they have this attachment to the characters. They can’t help but have this instant need to protect these guys.”

“‘Man, I hated you. I wanted to break my television and come in there and kick your ass.’ Then it’s followed with an appreciation for the show and the work we do,” Traynor said. “There is definitely a gut reaction of… I’m gonna kick your ass. You touched my Glenn! But, you know, it’s fantastic, and it’s a wonderful confirmation, as an actor, that we’re doing our job.”

Next up, was a similar inquest with convention-greenhorn Austin Amelio. Nashville’s Walker Stalker Con was only his second of such appearances. Austin explained how his connection to some of the terrible circumstances we’ve seen play out has given him a unique positive silver lining.

“I think people feel sorry for the guy who has to do so many bad-guy things. Nobody is being mean to me. I get extra love!”

Hailing also from The Walking Dead Universe, with an impressive body of work including American Horror Story and The Americans, I was able to grab an incredibly insightful moment with John Carroll Lynch. I asked John about the frequency with which he lands roles as dark characters, and if he seeks that out or particularly enjoys them. The answer is actually pretty deep:

“I really like playing the wide horizon of human experience. As long as it’s reflected honestly, I feel like we’re doing people a service. For the characters I’ve played, who have been damaged or decided to damage, that’s also a reflection of humanity. We have to see it and really look at it face to face.”

“I enjoy them, to that extent. There are some who’ve felt harder to get rid of than others, but for the most part, I’ve enjoyed all of the experiences.” 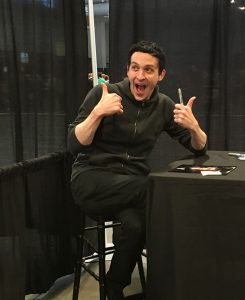 Meanwhile, over on the Gotham side of the room, a very busy Robin Lord Taylor (Penguin) was unable to field interview questions, but was a huge and animated hit with fans. Right next to him, of course, you would encounter Drew Powell (Fish-grunt-turned-Penguin-henchman-turned-bigger-deal Butch).

I checked in with Drew about how and when he got in the loop on Butch’s forthcoming ascent. He was told early on that Butch was a character, “people would underestimate until it was too late.”

“I was kinda the only one that knew where Butch was going, so I had that in the back of my head the entire time. Certain things that are all pieced together to inform this character, give a little bit of backstory, a little bit of these moments of talking about his past… by the time we got to the end of Season 1, I was much more informed about what and who he was.”

“It was fun when the rest of the world saw what I knew was coming, and that he had just as much to do with the direction of the show.”

Finally, I was given  a chance to bend the ear of Russel Edgington himself: Denis O’Hare — also more recently seen in American Horror Story. My curiosity was centered around the notion of falling into any habits of adopting a personal challenge to top a previous performance or character. Knowing he could be a double-edged sword, I was somewhat relieved to hear Denis’ simple reply: “No.”

“I never, in my mind, try to compare characters. They are who they are. I also don’t worry about the public perception of the character. I don’t do it for that reason, I do it to honor the character. Whatever the character requires — that’s my job. Anything, outside of that, is not my business.”

As an appreciator of a good villain just as much as a decent hero, these insights into the acting, philosophy and resulting fandom experiences of those bringing these characters to life proved to be fascinating. Their thoughts speak to the deep thinking included in even the most directly sinister roles, and such refreshing access to them as what is offered at Walker Stalker is a very cool fan — and journalistic — experience.