The Flash Returns with Promise 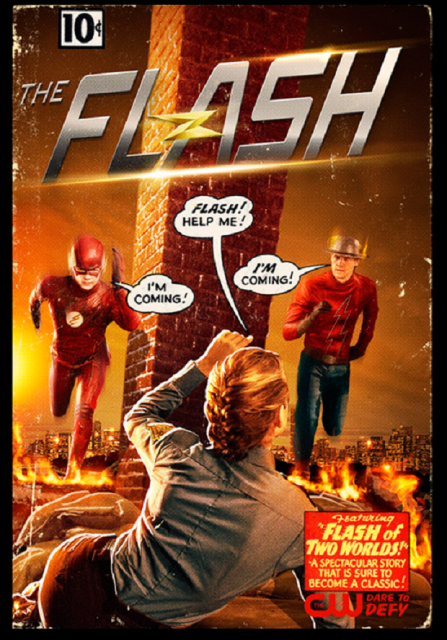 The Flash returned to the CW for its second season promising a return to the fast-paced, over-the-top superhero adventures of the Scarlet Speedster. While most of Season 1 felt like a sprint, the second-season premiere feels like a warm-up lap for what’s to come.

The Man Who Saved Central City begins six months after the end of the Season 1 finale. The Flash raced into the Speed Force singularity poised to destroy the city, stopping it from within. But in eliminating the singularity and the Reverse Flash, the team loses a few members.

With his main motivation gone and guilt at the loss of his friends, what is left for the Flash to do? Barry Allen adopts the solitary life, for fear that his superheroics will get more of his loved ones killed. Team Flash is forced to go about their own ways, as the Flash sets about his.

Meanwhile at night, Barry is rebuilding the city, one building at a time, with his super speed. The episode seems to drag as it asks will Team Flash reunite? (Not really a spoiler alert: Yes.)

The writers also incorporate more comic-book references, just like they did last season, this time in the form this episode’s villain of the week, Atom Smasher, played by Adam Copeland, also known as former WWE Superstar Edge. Atom Smasher is super-strong and can grow in size by absorbing nearby radiation. Unfortunately, Atom Smasher is given little depth or motivation and serves to move the slow plot along.

Without giving out any spoilers, the season premiere introduces new elements for what seems to be the season’s overall story arc. We’re given a payoff from some of the many teasers in the season finale, when the Flash saw the future while running his fastest to stop the Reverse Flash. We’re treated to the identity of the owner of the silver helmet. Cisco’s super powers are also hinted at and the episode introduces a supervillain, who may be the Flash’s new nemesis, much like the Reverse Flash in the past season.

If the first season is any indicator, the second will be just as amazing. The showrunners and writers have shown they are willing to write big episodes with any of the iconic Rogues in the Flash’s comic-book history. Already, they are incorporating major characters and events hinted at in the past season finale. The show will get back to its hyperbolic, yet well-written, sprint pacing. It just needs an episode or two to get its footing.

Pros:
The cast’s chemistry is undeniable.
Plenty of comic-book inspiration from Atom-Smasher to… spoilers.
Classic comic-book costume with lighting bolt on a circular white background.
I still get giddy when Grant Gustin says, “My name is Barry Allen and I’m the fastest man alive.”

Cons:
Super slow paced for first 55 minutes.
Tom Cavanagh, oh, how I miss you and your evil teaser epilogues.