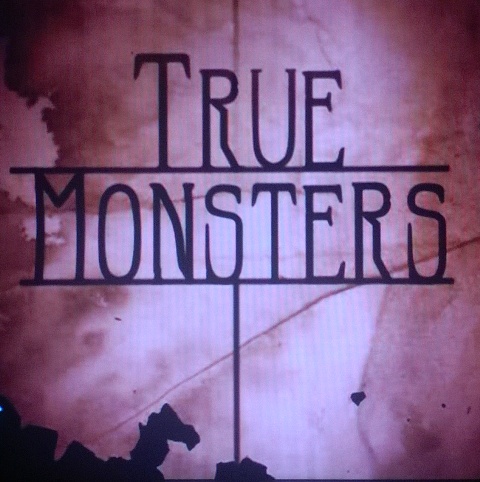 Just in time for Halloween, a new TV show explores the surprising truths and devilish secrets behind popular legends, folklore and the paranormal, proving that sometimes truth can be stranger than fiction…

True Monsters, airing on the History Channel, attempts to explore, well, real monsters. In the pilot episode, Devils and Hell, an odd assortment of guests discuss various topics, including authors, historians, priests, a psychologist, a cryptozoologist, a playwright, a mythologist, a theologian, a special effects makeup artist and a wizardry headmaster.

The first segment covers The Jersey Devil and separate bizarre origin stories, both originating more than 200 years ago in Colonial New Jersey. Whether the creature was birthed by Debra Leeds or was an embodiment of Daniel Leeds or was something different altogether, sightings of this creature continue to this day, almost three centuries later. Reportedly, Napoléon’s brother (Joseph-Napoléon Bonaparte) witnessed it and just last week a New Jersey resident supposedly took several pictures of it. The devil is definitely in the details.

The second segment covered Krampus, the Christmas Devil. Originating as pre-Christian pagan folklore from Germany, Austria and Poland during the 11th century, Saint Nicholas had a nemesis that punished bad children in December. Much like the Bogeyman, Krampus was feared by many and used to inspire good behavior by parents.

The next segments discussed the background of Hades from Greek mythology, Hel, which is the name of a place and a person, who is similar to Hades in Norse mythology (it’s a female) and Lucifer, along with his fall from grace. Story elements from each of these legends were eerily similar.

The final two topics felt a little rushed and somewhat out of place. The Jinn are devilish creatures; Arabic desert demons that some believe are real today. Jinn are the polar opposite of angels. The final topic of this episode touched upon exorcisms, mainly focusing on a family in Gary, Indiana. Haunted by strange events and possession, a clairvoyant declared the family’s house had more than 200 demons within it. Father Michael Maginot performed an excruciating exorcism and the family has since reported that things have calmed.

Evil comes in all different shapes and sizes, with the best myths often depicting things of the spiritual and physical world that we encounter on an every-day basis. There were some great stories depicted in this episode, but there were a couple that could have been expanded upon in a separate episode (hopefully they will return). The series’ future episode titles show promise: Cannibals and Killers, Giants and Beasts and Gods and Monsters. I look forward to discovering more true monsters from this series, True Monsters.

Strength: A fun and informative series exploring the darkness of different time periods.
Weakness: Some topics get short-changed.
WTF Moment: Aladdin is the most popular depiction of a Jinn. This time it’s not an evil spirit, but wish-granting genie.

Notable Quotes:
– “We get ‘cold as Hel’ from Norse mythology.”
– “Picture, if you will, the Devil, but with Gene Simmons’ tongue.”