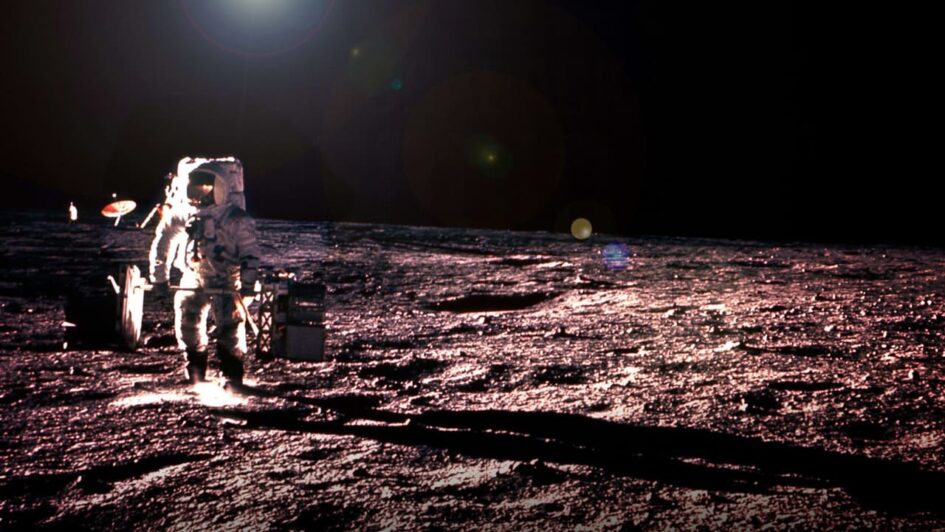 Per Matt
A lot can be accomplished within 50 years, and when you’re dealing with the space race, rushing to beat a rival country to land on the moon, time is money with humanity waiting on the outcome. Apollo: The Forgotten Films documents the time that NASA prepared astronauts to be the first humans, ever, to safely kick up some moon dust and return home safely, paving the way to inspire future generations to walk in their footsteps.

As a documentary, this film features archived and remastered footage that led up to the lunar lander’s famous voyage, as well as the Americans’ return to planet Earth. There’s a lot of behind-the-scenes information that’s shown, including images from NASA’s archives, along with test footage of multiple failed attempts through a decade of America’s trial and error of mastering outer space, but it all looks great in this biopic. Much of the unseen footage details the adventure to leave this planet, along with its perilous re-entry, and nothing is ever easy.

Flying to and from the moon was a three-man job and here it’s shown that multiple factors can turn a successful mission into a deadly one. Almost half a million scientists and engineers get Neil Armstrong, Buzz Aldrin and Michael Collins there and back again. Fifty years ago, the eagle had landed and these famous astronauts will live on forever for their feats.

It’s hard to imagine that 50 years have passed since that very first moon landing. It’s even harder to fathom a human hasn’t touched down on the moon in more than 47 years. Space is a dangerous place and inhospitable for all human beings, which makes this very first successful mission all the more incredible. Obviously, there’s little room for error and the astronauts had a little disaster preparation for what they might be facing on their historic journey. Lessons were learned along the way while dealing with data dropout and multiple computer program alarms.

Originally airing on July 21 via a weekend-long celebration of NASA’s accomplishments and the individual astronauts who achieved them, initially, I wasn’t really planning on writing up this historic documentary. In reality, I was planning on watching and writing up another space-themed documentary, Apollo 11, which is up for quite a few cinematic awards and I was hoping to compare and contrast the two productions. Instead, I experienced chills down my spine as the crew flew by the dark side of the moon and felt tears of joy as the lander touched down onto the Sea of Tranquility, as well as elation when the eagle finally splashed down into the Pacific Ocean and the U.S.S. Hornet rescued America’s heroes. I really enjoyed this one and thought it would be best to get the word out about it.

I will admit that I tend to geek out on science-fact documentaries (as well as the big-screen adaptations they inspire, especially Hidden Figures most recently), which is one reason I had planned on watching this one months ago, before life got into the way. I really do hope more documentaries are produced like this one, featuring remastered footage of historic events. And I will continue to try to watch more documentaries in a timely manner.

I expect more from our current space program and if humanity is ever to terraform Mars, we first need to figure out a way to colonize the moon… that is, if we haven’t already done so, secretly. Forgotten Films is a great documentary. Please check it out.