From Finland to a Galaxy Far, Far Away: Joonas Suotamo’s Chewie Trek 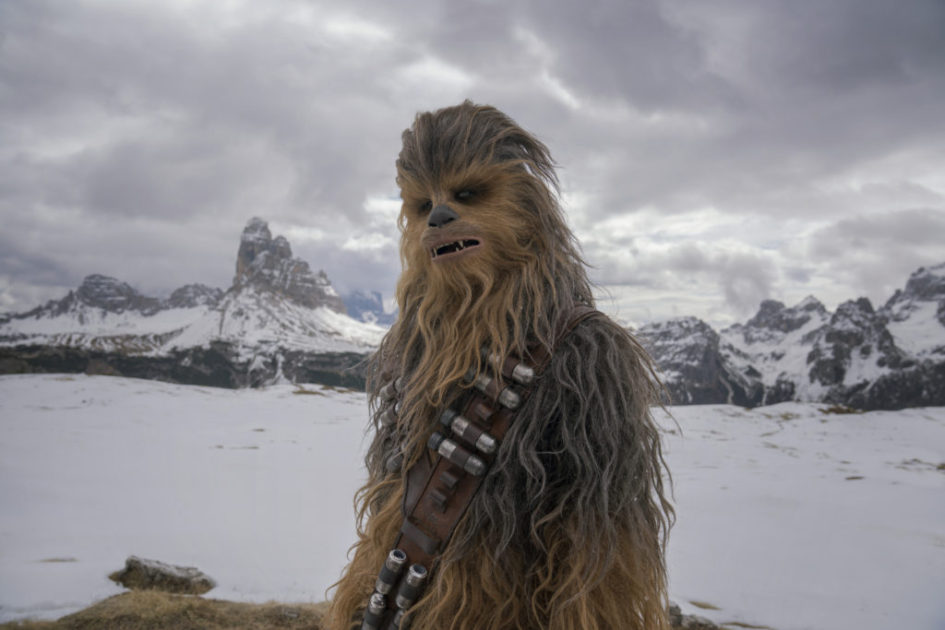 Joonas Suotamo is Chewbacca in SOLO: A STAR WARS STORY.

Per Matt
Following in Peter Mayhew’s footsteps, Joonas Suotamo took the long road to becoming Star Wars‘ famous sidekick. Little did he know he would travel from Finland to Happy Valley, before returning home and eventually fully embracing the ways of the Wookie.

Growing up, Suotamo loved acting and later in life, playing basketball. As he grew into his 7-foot-tall body, he left his family and signed an athletic scholarship at Penn State University. A foot injury hampered his physical abilities, but the primary reason he chose to attend PSU was the film program offered at the Bellisario College of Communications, where he graduated within three years. Joonas receives top billing in ESPN’s E: 60, “Finding Chewbacca,” which recounts his behind-the-scenes adventures that led him to Hollywood. While I’m not a regular viewer of this program, the unlikely journey of Joonas is top-notch.

Suotamo appeared in select scenes of The Force Awakens and was featured prominently in The Last Jedi, but throughout the years, Chewbacca has received the least amount of fanfare for the original trilogy’s main characters. Kashyyyk and the Wookies were written out of the Return of the Jedi script, replaced with Endor and those annoying Ewoks. Making a cameo in Revenge of the Sith, Chewie only briefly appeared in the single prequel film. And while Chewbacca never actually received that medal from Leia (in A New Hope) or a consolation hug after the death of Han (in The Force Awakens), the character steals every scene in which he appears in Solo: A Star Wars Story. It feels like vindication for Chewie’s fans, as the character portrays the heart of the audience. While Han is the primary focus of the standalone anthology film, Chewie is the main character everyone loves to root for.

While no one asked for a Han prequel (and everyone’s interested in seeing more Lando), Joonas’ portrayal of Chewbacca will hopefully continue in future films. And since the character’s only “190 years old” in Solo, with an average lifespan of roughly 400 years, it’s totally possible the character will pop up in future prequels AND sequels!

P.S. Stick around for Solo‘s end credits. The music’s great and the groundwork is laid for a Chewie subtitled spin-off, one that will hopefully be directed by a prominent anime director. That’s my pitch for the next anthology film, at least.

Time is always on the side of the good guys… and apparently, the Wookies.