From Punk to Deadly Class: Henry Rollins in 2019 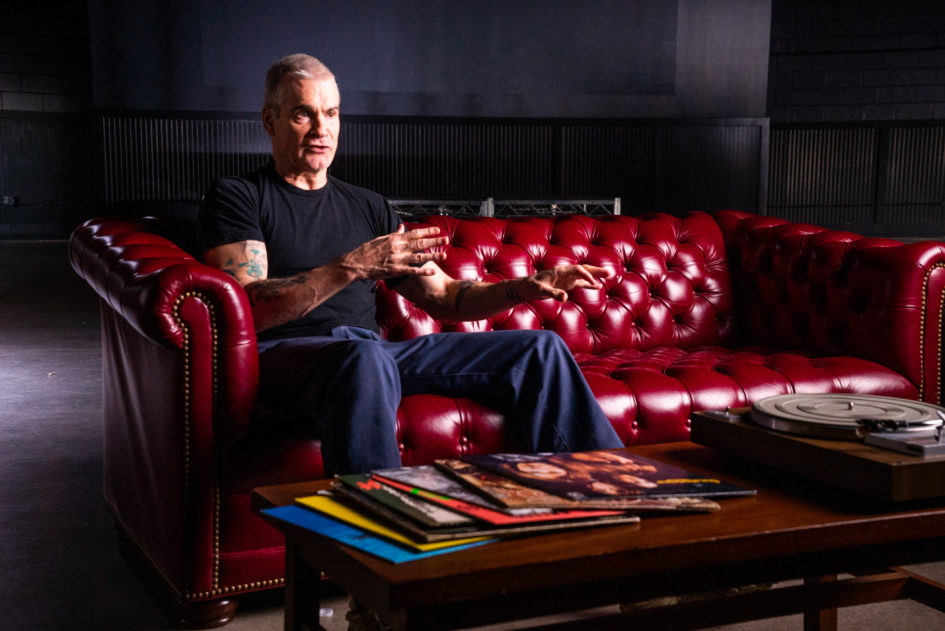 Musician, author, actor, DJ and award winner, Henry Rollins is a multi-hyphenate entertainer. So far, he has had a rocking year on television in 2019. Having previously appeared in the Syfy ’80s comic book adaptation Deadly Class and currently appearing in the EPIX ’80s documentary series, Punk, the actor-musician has really been in demand this year, as the workaholic is constantly staying busy.

Two of Rollins’ noteworthy roles have aired recently. Only appearing in three episodes early in the season for Deadly Class, Rollins’ character, Jurgen Denke, was a poison-lab chemist-turned-disillusioned teacher who yearned for something more than teaching the deadly arts to a school full of wannabe assassins. Season 1 of the show recently wrapped, but his acting style conveyed a straight-forward, quiet intensity that made you believe what he was saying was true. In fact, the few scenes in which he appears quickly made him one of my favorite characters on the show. It’s a shame he didn’t have more screen time. If there’s any justice, Deadly Class will return for a second season and Jurgen Denke will make a strong stand for what’s right in the world. Hopefully, the killer kids will give him a chance to make a positive influence in their lives.

In Punk, Henry Rollins gives another powerful performance. The great documentary series, currently airing on EPIX, highlights the rise and fall of the genre throughout the years, as detailed by many of the musicians and influencers of the music, from back in the day. Through the three episodes that have already aired so far, Rollins has proven to be a fan of the music, offering knowledgeable commentary on a variety of topics. Episode 3 focuses on the rising hardcore punk scene, which got its roots as a DIY culture — something Rollins is an expert on. From fan to frontman of Black Flag, Rollins’ story is detailed. For fans of the genre who may not have known too much about the finer details behind the music, it’s great to see Henry Rollins give his story, but the musician has hardly slowed down since then.

Transitioning to other formats hasn’t seemed to phase Rollins, working as a social activist, a writer, a TV host, a Los Angeles DJ, an occasional actor and probably the most unpredictably, a spoken word Grammy winner. When he’s not touring the globe, you may recognize his roles as a voice actor in animation (Batman Beyond, Teen Titans, Mr. Pickles and The Legend of Korra), in television shows (Hawaii Five-0, Portlandia, Z Nation, Now Apocalypse) and movies (Bad Boys II, Johnny Mnemonic, Lost Highway, Heat).

Should Deadly Class receive the green light for a second season, there’s a pretty good chance Rollin’s character will return, as Jurgen’s storyline was left open-ended with a decent chance of being revisited. And although the character only had a few brief appearances, he felt real and was probably one of the best written characters. And with two more episodes remaining of Punk to air, there’s a pretty good chance Rollins will return there as well. Henry Rollins has definitely rolled with the punches throughout the years and has become quite the well-rounded entertainer.