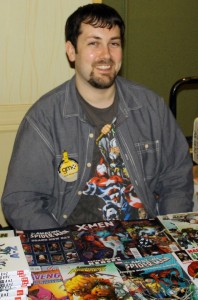 Per My Brother
Jacob Rougemont was a special guest at the Geek Media Expo volume 4 recently, held in Nashville, TN. Originally, he took his interest in Marvel comic books and created the webpage, Avengers: Earth’s Mightiest Fan Page. From there, his research and writing led to contributing to the Marvel Appendix, as well as The All-New Official Handbook of the Marvel Universe: A-Z, Marvel Legacy: The 1990s Handbook and the Marvel Universe trade paperbacks. Jacob speaks to me in an exclusive interview about working in the Marvel Universe, translating the Marvel Zombies saga and naming our place, within the Marvel Universe.

What brought you to the Marvel Universe?
– “I got into comics around 1991 or 1992. I had a friend who was into X-Men. He got me into X-Men and the cartoon came out shortly after that. That’s kind of what got the interest. I was in high school and made a Website — and it’s still out there — Avengers: Earth’s Mightiest Fan Page. It’s just made by me, and I still update it on occasion. I started with that, and some fans told me I should branch out and cover all the Marvel characters. And I did, for a time. I was working on a Marvel Heroes and Villians sister site. And then I started working on The Marvel Appendix, which I still, actually, contribute to a lot. It’s run by Jeff Christiansen, who eventually became the head of the Marvel handbooks. When he started, he recruited many of the site writers to contribute to the Handbooks. So I kind of fell into it by accident.”

What books did you work on?
– “The first book I ever helped out with was The Avengers 2004 handbook. I started with that. I did a couple of pages there. In terms of being freelance, it’s kind of an as-needed basis. I didn’t do a whole lot in ’05. I did some proofreading for some of the handbooks that came out, during that time. At the end of ’06, I did some pinch-hit writing for some of the people who didn’t get to finish the books they were working on. From that, I went on to doing the ’90s themed handbook, because I got into Marvel in the ’90s. Shortly thereafter, they started doing the hardcovers, and I became a regular contributor at that point. I have been involved with most of the handbooks, in some fashion or another. I wrote quite a few between when the hardcovers started in ’07, up until this year. Each of the hardcover trades has 10 to 15 pages of updates, so I’ve been writing updates in those. While I’ve been doing that, I branched off into the official index series, which went about three volumes, and I think it’s finished… for the time being. With comics, you’re never finished forever. They’re liable to come out with another volume, at some point. Or re-do the ones they have.”

What’s the most bizarre character you had to research?
– “I’d have to go with The Street Speeder, which is a character, in the Deadpool handbook. He really had next to no backstory. We kind of went with what we had. Occasionally, the research team, as a whole, will get to speak with the creative teams, and see if they want to provide extra information, to be published in the handbook for the first time. That, all together, we were able to push it to half a page. It’s really hard to fill a book with Deadpool characters, because most of them get killed in one issue.” 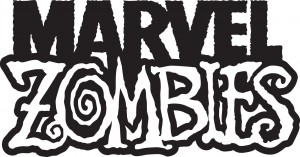 In the handbooks, are there any Marvel Zombies entries?
– “There is an entry on the Marvel Zombies. I didn’t actually work directly on that issue. One of the themed handbooks was titled Marvel Zombies: The Book of Angels, Demons & Various Monstrosities. If I recall correctly, the entry was written as if it was a bio on that alternate Earth, where the Marvel Zombies come from.”

Reading Marvel Zombies books, I get so confused by the characters traveling to different planets and different universes.
– “Speaking of handbooks and zombies, too, I should point this out. In the back of the second trade or hardcover, is an appendix of all the Earths, and what numbers they are. Volumes Two through Five of the handbooks have the listings of all the alternate Earths in their appendix. A new alternate Earth is getting created all the time. That’s kind of hard to keep completely updated, but at the time when those were made, that was all of them.” 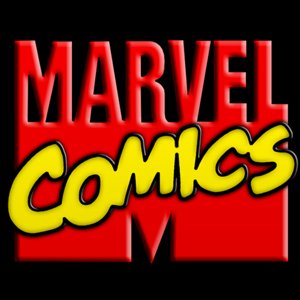 What is the Earth of the original Marvel Universe?
– “Earth-616. You know, the real-life universe, that you’re interviewing me, also has an Earth number, in the Marvel Universe. We’re Earth-1218 — the real world. I think it was first revealed in an Exiles letterspage. Somebody wrote in and asked that, and they actually gave it a number.”

Will you be attending any conventions in the near future?
– “I don’t have any for the rest of this year (2012). I will be going to one in Clarksville, TN in March. I’ve put in to be a guest at DragonCon. I didn’t do it last year, but I went to DragonCon two year ago. Last year, I just waited too long to register. I usually do a lot of the local conventions, so I don’t have very far to travel.”