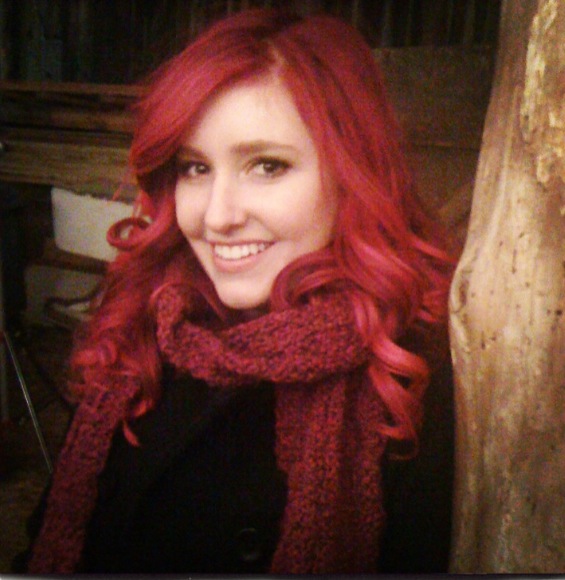 Per Matt
At the upcoming Geek Media Expo, Rhylie Crosswhite will be doing a little bit of everything.

That’s because she will be multitasking throughout the entire weekend. Director of Programming Rhylie Crosswhite hopes to take a little time to enjoy herself during the brief moments when she’s not working at the convention. So, if you see her taking a rare break, make sure to thank her for all her hard work, since she’ll be overseeing the content of the entire show. Recently, Rhylie took a brief timeout to answer a few questions about working the convention, costuming (Halloween has been her favorite holiday since childhood), fandom and dream interpretations.

I used to live in LA and hated it, but San Diego was always my favorite. What brought you from San Diego to Nashville?
– “I was never a huge fan of LA either, good job getting out of there! haha. I moved here over two years ago because of a dream, literally. My dad and I discovered that we had the same exact dream, the same night! In the dream, he called me to tell me that I needed to move to Nashville, TN, or none of my dreams and goals in life would come true.”

Did you previously work any of the many conventions in Southern California?
– “The only other convention I’ve worked was, in fact, SDCC. I worked in Talent Relations and loved it.”

Was it your hope to build GMX to something like SDCC?
– “No, and yes. I love SDCC more than most things, but I do believe that it is it’s own thing and should remain that way… I don’t want GMX to be compared to SDCC or even D*C forever… we are finding ways to stand out on our OWN. SDCC has got the popular arts and culture covered! They are the champions. I want us to have that aspect… but amidst other things. We aim for GMX to cover so much more than that; we want to get all of the geeks of all trades together celebrating, learning from, and having a great time with each other.”

What are your primary duties at GMX?
– “Make sure everything gets done! Hahaha. I will be walking around, encouraging others, helping put out ‘fires,’ making sure the goes off with as few hiccups as possible. I also hope to spend time mingling and actually enjoying the event! I was recently promoted to Director of Programming, but am still maintaining the position of previous role, Programming Manager, until we fill that role. I also act as a Channel Group Coordinator, who the Programming Manager manages.” 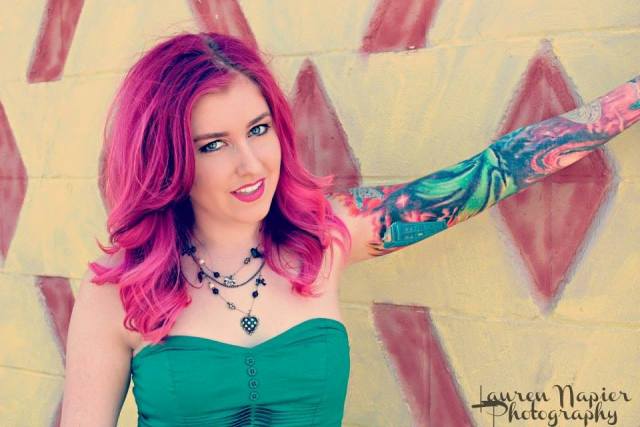 What are some of your duties as the Director of Programming?
– “To keep this as short as possible… I manage the content of the show. Everything you see, hear, drink, eat.. has been chosen by me, or my team and ultimately approved by me. I work with the hotel alongside our OPS team to ensure logistical aspects of the event. First, my duties are fun things like brainstorming, reaching out to awesome people and getting their interest and networking and such. Then, it moves to e-mails and spreadsheets and organizing all of the information in several different capacities; every panel/event requires necessary information I have to give to certain other departments and areas like: Registration, Tech Ops, Loss Prevention, Marketing, Talent Relations, etc. I guess if we were on a ship… I’d be the first mate, the lookout and also a deckhand.”

What changes can we expect at GMX this year, from seasons past?
– “Although I am still learning how to best execute my role… I feel like we are much more organized this year than in previous years! We’ve got a new big event called the Speaker Series, which will be different than anything we’ve had before and I am excited about it. We’ve got a lot more content in the maker and science/technology areas, we have more creative and interactive content than ever before, and also a nice diverse list of bands playing!”

What are you looking forward to the most at GMX this year?
– “Probably the Geek Slam, Speaker Series, Bands, Pyramid Ball, Learning Basic Klingon, and Telescope Building. However, most of all, I am excited about our ‘fireside chat.’ This is where, after the event is over, we get whoever is still around to come into a room and give us feedback. I am proud of what we’ve done this year, but I am already excited about Vol. 6 and thinking constantly of how I can improve myself, my team, and the content itself… so, it’ll be amazing and helpful to see what attendees have to say! Bad or good, I can take it; I genuinely want to hear it all, so I can take it and improve upon it.”

Are you a cosplayer?
– “No. I wish I was that awesome, but I just don’t have the skill or time or money, probably.”

What are a few of your favorite costumed characters to portray?
– “I did cosplay Effie Trinket last year and it was real fun.”

Will you be cosplaying at GMX?
– “Probably not, as I want to be recognizable. However, I will probably don a Starfleet uniform or at least a really awesome Spock hoodie I bought from thinkgeek… it is blue, so it might still be considered a uniform?” 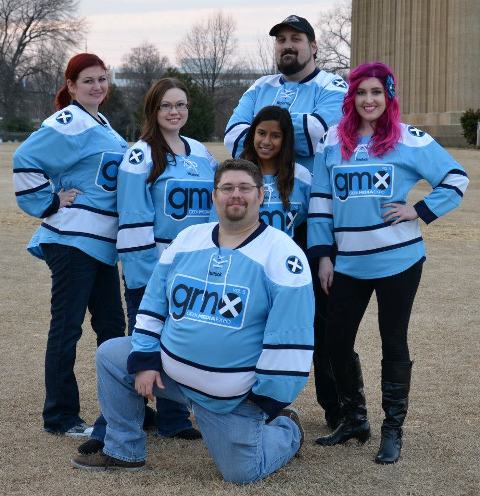 What inspired you to get your fandom inked onto your arm?
– “Tattoos are a normal thing in my family. My uncle is a tattoo artist and my parents are covered in them. I grew up appreciating and wanting them. I chose three of my favorite ships (Enterprise, Millennium Falcon, and TARDIS) because of what they represent. To me, science fiction, while having all kinds of cool stuff like aliens, spaceships, and outer space… is above all about philosophy. I truly strive to be better each day than I was the previous, and I have to thank these sci-fi programs for teaching me (or reaffirming in a much cooler way than my parents originally said) how to make a positive impact in the world. I guess sci-fi programs like these three just really helped me shape my view on the world, and myself. I have always felt more relatable to these types of shows/movies than others.”

In a winner-takes-all battle royal, who ya got: Star Trek vs. Star Wars?
– “Harry Potter will find a way to win.”

What are you currently geeking out to?
– “Really old Alfred Hitchcock films! Tis’ the spooky season afterall! I am also rewatching all of The X-Files, and tune in each week for Agents of S.H.I.E.L.D. I am, of course, waiting with bated breath for Doctor Who, Sherlock, and Downton Abbey to return!”

What’s your favorite Zombie program/movie?
– “I would probably have to say Night of the Living Dead or 28 Weeks/Days Later. Yet, also Zombieland and Shaun of the Dead were spectacular in their own sense.” 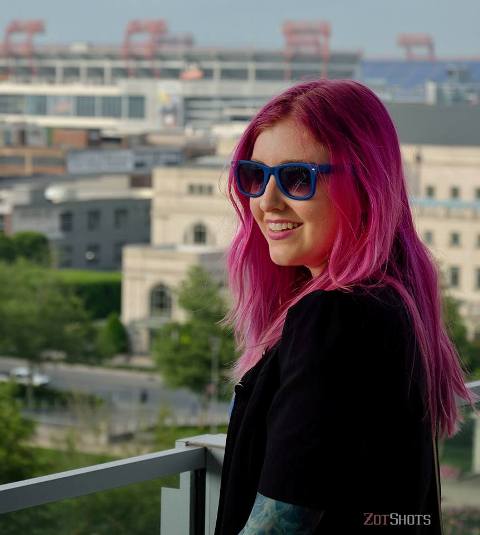