Getting Lost in the Woods With Shudder’s Hunted 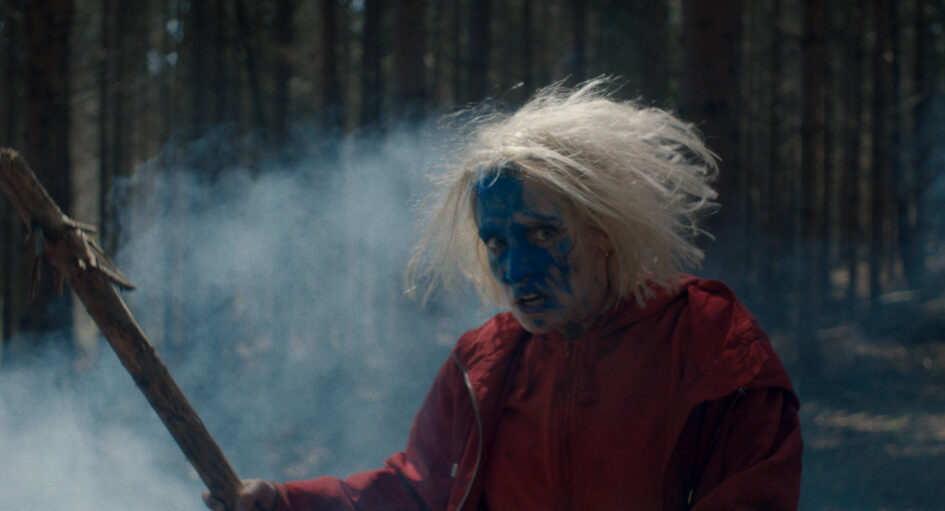 Survival horror films are a “hit or miss” subgenre. In some cases, you get amazing films like Universal’s The Hunt. In others, you get what is widely known as one of the worst horror films ever, in 20th Century Fox’s The Happening. Both films have a pretty good cast and crew to their credit, but while The Hunt hits the mark, The Happening misses entirely. Still, it appears that this section of horror films tends to get a lot of love from Hollywood, as this genre is churned out with great frequency.

But what exactly is a survival horror film? In essence, it is a film in which the main actor or group of actors have to fight against an enemy. Sounds kinda like just any horror or action film, right? The difference is that the survivor typically also has to fight against other forces, and with limited to no resources. The survivor(s) are typically in a race against time, nature and their opponent with little means to defend themselves and with no help in sight.

Let’s take the 1978 film, Halloween, as an example. In it, Laurie Strode is chased by Michael Myers through the town of Haddonfield. Yes, Laurie’s life is on the line. Yes, she is facing off against an enemy who has no greater desire than to kill his obsession. However, Halloween is not considered a survival horror film, simply because there are no other forces working against Laurie. She is not in dire need for medical attention during the majority of the chase. There is no major environmental event. There is a single antagonist. She is not vastly outnumbered by her foes. Laurie is also able to protect herself and fight back to some extent (hence the coat hanger to Michael’s neck). And while help is in short supply, she does have the guardian angel of Dr. Loomis. These factors make Halloween slasher horror and not survival.

Shudder has a slew of survival horror films in its many offerings. The most recent of these is the 2020 film Hunted. Directed by Vincent Paronnaud and released in January, Hunted is akin to the children’s story, Little Red Riding Hood. Hunted introduces us to Eve (Lucie Debay), a project manager sent to a town to oversee a construction project. Unwinding at a local bar, Eve is wooed by a stranger (Areih Worthalter). After some drinks, he talks her back to his car. Once inside, the stranger and his accomplice (Ciaran O’Brien) take her into the woods, with the idea of filming a snuff film. Stranded in the wilderness with no survival training, Eve has to fight Mother Nature, along with her pursuers, to make it out alive. 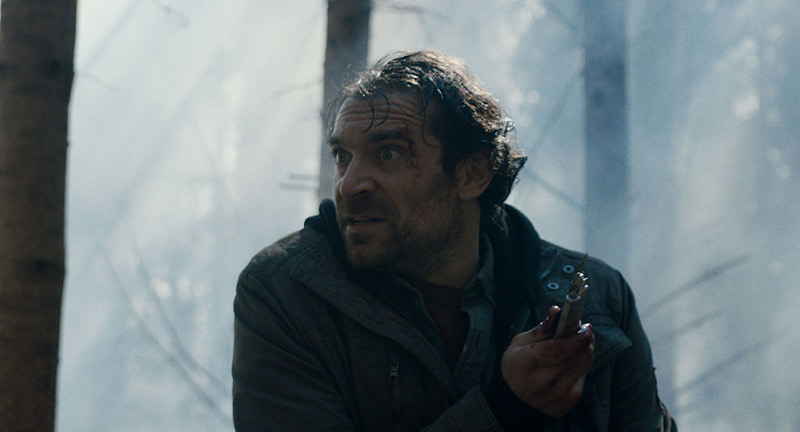 Paronnaud takes a different approach with this film than many other directors. In Hunted, Eve is the only character who is named. The other characters are never given any designation. We just have to call them by their actions in the film. This would make one think that Vincent wants us to focus almost our entire attention in getting to know Eve. We should want to know a little about her background. Pain should be felt if she gets hurt. As her chances of survival decrease, the audience should feel that they are there with her.

But Paronnaud made the decision in Hunted to spend a large amount of time focusing on the two unnamed antagonists. The disgusting duo have moments during Hunted in which the audience actually feels like they know more about them than Eve. Understanding their motivations is well known throughout the film, and even though it is revolting, it is still more background than we have on the “final girl.” Fleshing out the character we should care about feels like it was forgotten.

Eve goes through a major change over the course of Hunted. She starts out more of a meek character. While we don’t get much of her backstory, she seems pretty likable. Yes, she is naive. She got into a car with a man she just met at a club in a town where she knows no one. But that can be overlooked by the amount of alcohol she previously consumed.

Mere hours later, Eve takes on a feral state. She becomes a wounded animal, fighting for her survival. In a lot of ways, she loses her human side completely. While this may be what would happen in real life if confronted with this type of situation, the audience loses even more of a connection to Eve. This loss of connection to the main hero, combined with the previously mentioned fact that we know so little about her, leaves the viewer even more disassociated with her.

All in all, I felt like the choices made in the film just leave Hunted “lost in the woods.” I give it a two out of five stars. I honestly lost any empathy I had for the hero. Getting to know her better would have been great. Instead, I know more about her enemies than her. This makes Hunted a very weak survival horror film.