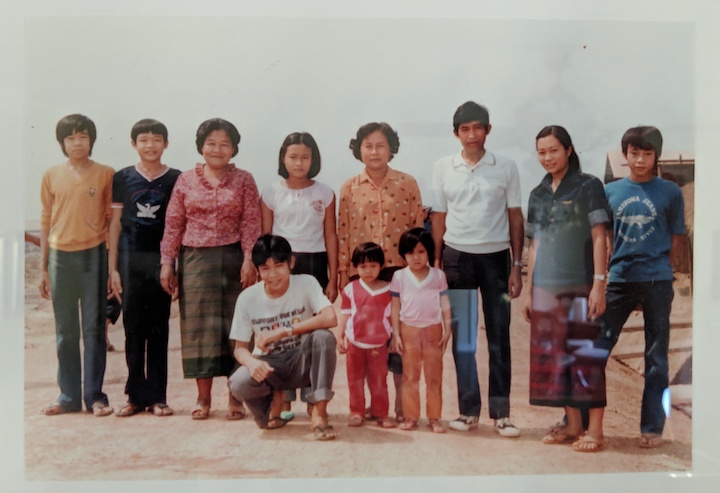 Ghost stories are my favorite kind of stories.

Forget princesses and happy endings, I can spend hours on r/nosleep reading about the most horrifying experiences and down-right chilling tales. Every culture around the world has these sorts of tales or folklore. Many of them are terrifying and some are just silly. I’m here to tell you about a terrifying story from my family’s past.

My grandmother and her children fled Southeast Asia after the Vietnam War in the late ’70s. They escaped in the middle of the night with nothing but the clothes on their back and whatever they could carry. My mom was the fourth born in a line of nine children and was only 17 years old when they arrived in America. They had a tough time getting out of the wreckage of governmental disputes and hostile takeovers, but they did it and I am SO THANKFUL for my family’s bravery. 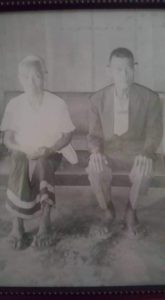 My sister and I moved away from a big chunk of my family when I was 11 years old. Every year, my sister and I would go visit my dad in Tennessee and spend time with all my family. I loved hanging out with my two youngest aunts. They would tell us about how they came to the U.S. and all the ghost stories from across the world. My family has been touched by ghosts and spirits, maybe even demons, and there was one story that scared me the most. This particular ghost story was told to me by my youngest aunt. 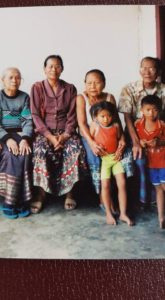 In Southeast Asia, there are oodles of different types of ghosts and spirits.

Spirits play a large role in the Buddhism religion, and some believe that spirits co-exist with the living and that they should be respected. There are many different types of spirits, found in all kinds of objects and places. Where my family is from, there is a type of ghost called a “phi pop” (pee pohb). It roams around possessing human bodies, searching for raw meat, eventually eating their intestines from inside. And apparently, there were a lot of them. Right now, you might be asking yourself, “Where does this type of ghost come from?” My grandmother believes it started with people practicing bad magic, but she’s not entirely sure. She also told me that she’s encountered a handful of people who carried (were possessed by) a phi pop, but this ghost that my oldest aunt, M, carried was way worse than that. 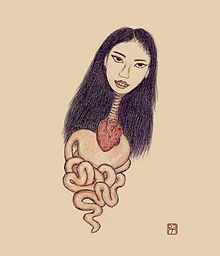 When M was around 15, she started carrying this spirit and every now and then M would have episodes. My grandmother thought maybe she was having a seizure, but seizures don’t last more than 10 minutes. You see, when someone has a seizure, their lungs stop working. The human brain can only go so long without oxygen. The “seizures” would stop as soon as a doctor arrived.

Oh yeah, and seizures don’t make you see a very large no-headed giant man come at you and feel like he’s choking you to death.

This happened for a while until Grandma could get M to a proper hospital. There were no other explanations. M obviously wasn’t having seizures and she definitely didn’t have rabies. They ended up calling a shaman to help find out what was going on.

The shaman arrived and took an egg and placed it on the palm of his hand. He started asking the egg questions, kind of like a OUIJA board, but with an egg. The Shaman told the egg to stand straight up if it was a malevolent spirit possessing M, and it stood straight up on its own. He continued to ask it questions to find out if they were able to expel the ghost.

Unbelievable, huh? I thought so too, but my grandmother has no reason to bullshit you, so I trust her. How did they end it??? They had to hold an exorcism.

The shaman made a concoction of different herbs and whatnots for M to drink. He made an effigy (voodoo doll) out of beeswax that had the likings of M. As simple as it seems, all they had to do was offer up the statue to the ghost to possess, and my oldest aunt has been “seizure” free since.

The stories don’t stop there! We talked to my grandmother for a minute, and then she came back and had two more tales. From a real encounter with a phi pop, to her father-in-law’s spirit wreaking havoc on her youngest son, these are the types of ghost stories I’ll continue to tell my children for years and years.