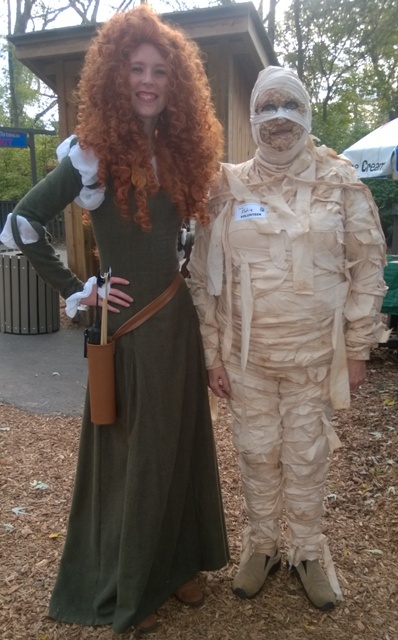 Per Matt
The spooks come out at night…

Last week, I really got into the holiday spirit by visiting the Nashville Zoo’s haunted Halloween event, Ghouls at Grassmere.

This family-friendly event equally caters to the young, as well as the young at heart.

Everyone was decked out in Halloween costumes, from the employees to the many little trick-or-treaters who were running around and visiting each of the candy stations, scattered about the Zoo.

Since it was dinnertime for the majority of the zoo’s animals, many of them were hidden from the public, while they fed. However, there were many flamingos on display, as well as an active camel, exercising in his nearby exhibit. 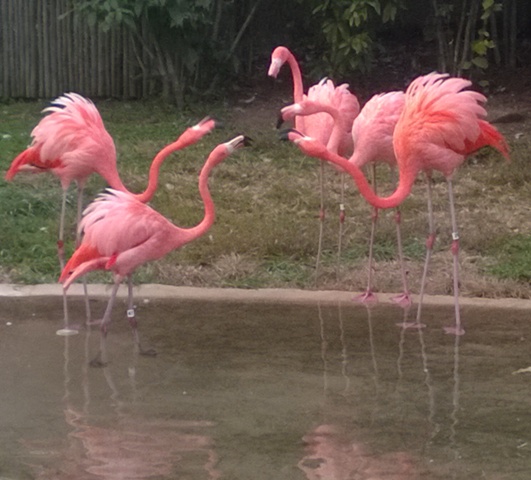 Candy decorations were placed in strategic locations that could make anyone hungry for a delicious treat.

A haunted hayride, a Monster Mash dance tent, a vortex tunnel room and a monster lab for kids were just a few of the spooky activities for all to enjoy. My favorite was the Scary Go Round, which is a creepy version of the Wild Animal Carousel. Midway through the ride — which plays some GREAT themed music, by the way — the lights temporarily go out and the crowd goes wild!

There were quite a few costumed creatures (including more than a few little Zombies!) and cosplayers roaming the grounds, as well as many photo-op stations available to capture the moment. And just in case you were a seeking a tasty snack, make sure to be on the lookout for free Krispy Kreme doughnut samples that really hit the spot. Such a PERFECT sponsor!

There are only a few days left to enjoy the seasonal fun of Ghouls at Grassmere this week. Make sure to visit the attraction before it disappears for another year from the Nashville Zoo! 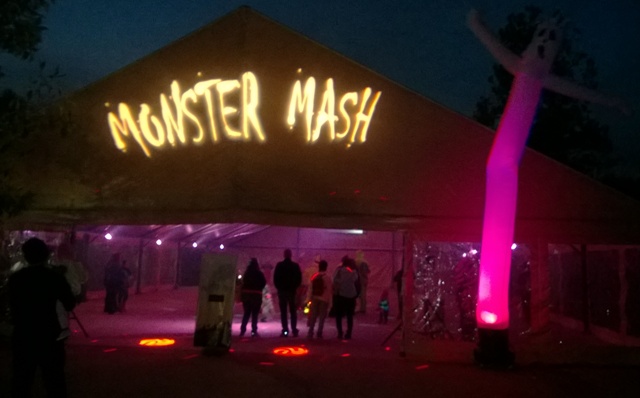