Guillermo del Toro: Made of Fairy Tales and Fantasies

Per Matt
No stranger to sci-fi monsters (Pacific Rim), dark fantasy (Pan’s Labyrinth), horror (The Orphanage), supernatural superheroes (Hellboy, Blade II), high-fantasy adventures (the Hobbit trilogy) and the vampire Apocalypse (The Strain), Guillermo del Toro is a master filmmaker of multiple genres. With this week’s release of The Shape of Water, del Toro returns to the well of fantasy-drama films, which feels so natural for the talented writer, director and producer.

There’s been a lot of chatter, recently, about del Toro’s latest release. Screened at the 74th Venice International Film Festival, The Shape of Water was awarded the Golden Lion for the best competing film. Not long ago, the movie received three awards from the Los Angeles Film Critics Association, including Best Director, Best Cinematography (Dan Laustsen) and Best Actress (Sally Hawkins). And recently, it received 14 nominations at the Broadcast Film Critics Association’s Critics’ Choice Awards, topping all films released in 2017. But most importantly, we want to know if the movie is supposed to be an unofficial prequel to Hellboy?

After attending a recent screening of the film, the answer still isn’t very clear. But one can always hope…

Del Toro has crafted so many different types of movies throughout the years, showcasing the vision and cinematography of different worlds, where the film’s audience get whisked away to with each viewing. As for that element, Water doesn’t disappoint. Set during the Cold War of the early 1960s in Baltimore, the movie focuses on janitors Elisa Esposito (Sally Hawkins) and Zelda Fuller (Octavia Spencer) and their supernatural discovery (aka, “The Asset”) at the Occam Aerospace Research Center. Fear of the unknown (and of a possible Russian attack) are mixed into the mystery, creating a great overall dynamic for the storyline.

Reading a recent interview with Guillermo del Toro, as a child, he was fascinated with Universal’s monster movies, particularly Creature From the Black Lagoon. According to him, this movie is dedicated to a younger version of himself, one which features a sympathetic monster, but also serves as a love story for the creature. Mission accomplished! While the film isn’t exactly suitable for children (there’s a substantial amount of adult content and full-frontal nudity), adults and teenagers alike seem to be the target audience who will appreciate it the most.

Up next for del Toro is Carnival Row, Pinocchio, Pacific Rim: Uprising and an untitled Michael Mann documentary(!), which doesn’t seem that odd, as the filmmaker seems to feel right at home working within a variety of genres. Whether he’s creating a world full of vampires, hobbits, Kaiju or mysterious sea monsters, he has an eye for creating something unique and believable. Although he wrote the Hobbit movies, it’s too bad we’ll never see his vision of directing J.R.R. Tolkein’s prequel. It’s also a shame we’ll never get to see his big-screen adaptation of the popular Halo video game franchise, as well. But attendees of the film will absolutely catch the beauty, the terror and the elegance found in The Shape of Water, all of which originated from del Toro, himself. It’s a movie that’s got something enjoyable for fans of just about every genre imaginable. 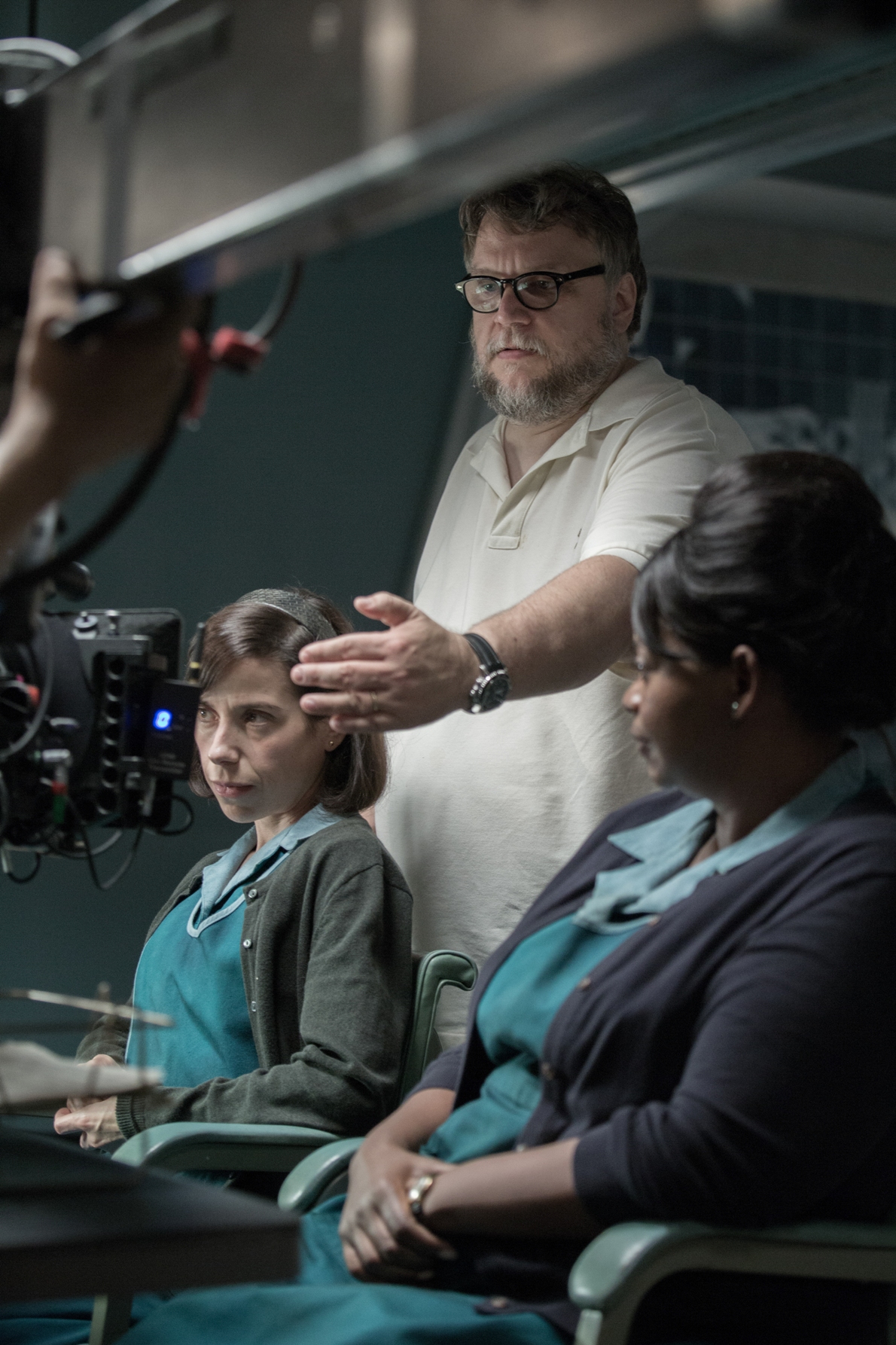