Star Wars: The Last Jedi — Thoughts of a Sci-Fi Cynic

Little man's got Porg rage after reading this.

Long ago, in a galaxy not that far away, George Lucas had the visionary insight to rip off every sci-fi story of the ’40s through ’70s to create what would become the most bafflingly beloved and fiercely defended science-fiction saga in the genre’s history. Arguably the most well known sci-fi property in existence, Star Wars has a devout global following and Star Wars: The Last Jedi (in theaters December 15th) has me thinking of some recurring themes in the various trilogies. I’m thinking that a look at the past will provide an idea of what to expect from the new episode.

Now, I’ll just go ahead and warn you, I enjoy this series as much as any other card-carrying nerd, but being a regular reader of science fiction and very critical of plot and story in film, I am not afraid to criticize this series for its many flaws. Congratulations if you’re one of those fans well versed in the endless “expanded universe” books, comics and media, but I’m looking at this purely from the standpoint of the extant films and this article is based solely on what I can pop into my DVD player and watch.

That said, Star Wars has a gift for telling this operatic and at times overreaching story about a family that continues to ruin the galaxy by trying to save it. Looking at the original trilogies as a roadmap for this latest installment of the life and times of the Skywalker clan, there is already a precedent that has been set by writers and producers, and certain things are to be expected in The Last Jedi.

Star Wars has a habit of creating these over-hyped characters with little to no dialogue, who end up selling a huge number of action figures, who have little to no substance when it comes to the plot of the movies. In The Phantom Menace (Ep. 1), it was Darth Maul, the horned Sith Lord with the double-ended lightsaber who managed to do what no other movie villain has done in the last 20 years: Kill Liam Neeson. This is a pyrrhic victory for Maul, however, when young Obi-Wan cuts him in half at the waist and allows the bisected Sith to fall into a pit of mystery. Empire Strikes Back and Return of the Jedi (Ep. 5 & 6) introduce us to the galaxy’s most badass bounty hunter, Boba Fett, only to kill him off by shooting him into a Sarlacc pit with little more than the Wilhelm scream as a farewell. This brings us to Captain Phasma. The chrome-plated Stormtrooper was hyped as the most exciting villain, ever, in the Star Wars Universe since Darth Vader and they kept a shroud of mystery around her until The Force Awakens (Ep. 7) landed. Phasma, who is so inconsequential that she was shoved into a trash compactor on the new Death Star… I mean, Starkiller Base, was replaced in the popular zeitgeist by a random trooper (TR-8R) with a mace who tried to beat the hell out of Finn, the only black man in the universe besides Lando Calrissian.

Well, guess that’s what happens when you sell the most action figures.

And now that I’ve mentioned this Freudian overcompensation that is the Death Star, let’s talk about the ever-increasing size and frailty of these planet-killing mega weapons. From the Trade Federation’s command ship, a giant sphere surrounded by a semi-circular ring that was in itself the size of a large asteroid, to the incomplete Death Star two, when are the bad guys going to figure out that planet-sized weapons platforms are a ridiculous waste of resources, effort and personnel? I mean, really, you’ve obliterated six planets in two star systems over 60 years or so and lost every single battle you’ve ever fought with these things. From tiny thermal exhaust ports to flying fucking battleships and fighters inside to blow up the engine core, how many Stormtroopers have to die before the bad guys just give it up and move on?

Finally, the porgs. Before anything was known about The Last Jedi in terms of story, we knew about these pigeon, corgi, gerbil hybrids. Like the Ewoks — and to some extent the Gungans — it looks like we’re about to suffer through yet another obnoxious marketing campaign that has absolutely no merit to the plot of Episode 7 beyond selling some toys and providing some cuddly comic relief. Unless they somehow manage to beat the First Order and bring balance to the Force, why do we fucking need them? I mean, it’s almost as ridiculous as the thought that Phasma escaped the trash compactor, and the pseudo-Death Star explosion, so she can appear in the next… oh, yeah, so I guess that is happening. 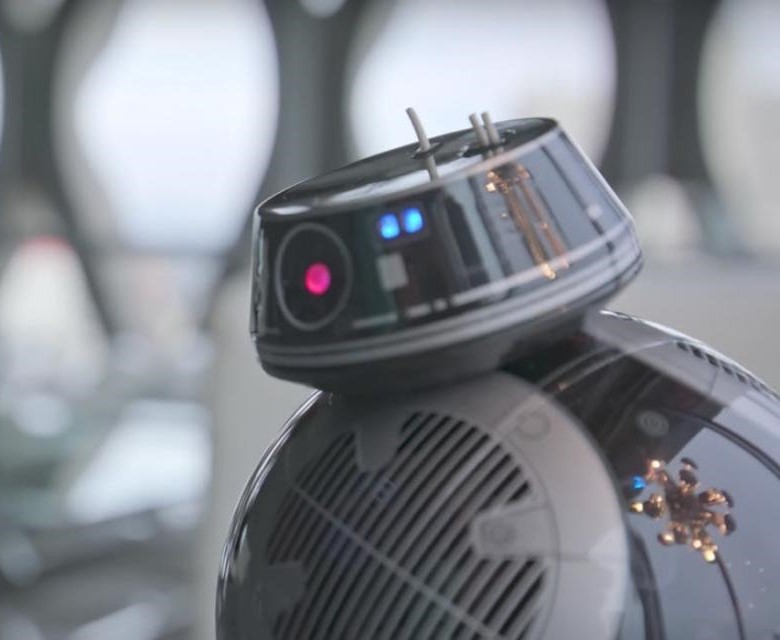 The writing in Episode 7 was pretty good and it was probably the first Star Wars movie I’ve managed to enjoy since I saw the original trilogy for the first time as a kid. It’s been a damned sight, better than Episodes 1 through 3, but there’s a measure of predictability that has come to be expected from the series over the years. I’m expecting to see either a frozen, monster-filled tundra or a swamp-laden wonderland, as well as some deep personal betrayal and limb severing before the credits roll.

Look, for those of you suffering some serious porg rage with me over this article, keep in mind I do enjoy Star Wars. I’m just a little critical of seeing the same three movies remade again and again and sold as something new. Here’s hoping that The Last Jedi breaks free from that trend and finally explores that galaxy far, far away without the needless marketing and pointless fan service of its predecessors.