Have We Actually Seen the Last of Samurai Jack? 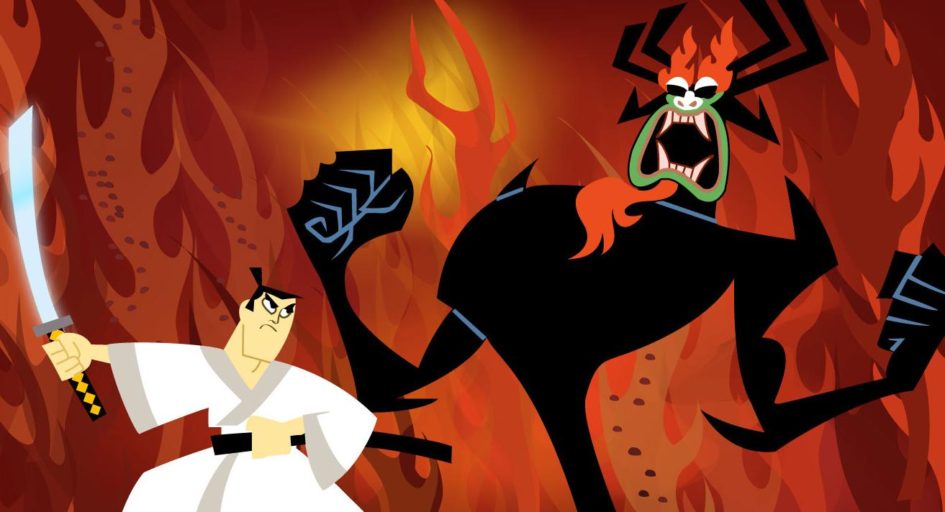 Samurai Jack returned for a final season, 13 years in the making, after its initial run on Cartoon Network, airing on the Adult Swim programming block of the network earlier this year. The 10-episode revival felt like a stroke of genius as it was intended for a mature audience this time around, often dealing with violence, death, guilt, hopelessness, hallucinations, double entendres and even nudity. While the storytelling elements might have changed a bit, the season as a whole was incredible.

Expertly voiced by Phil LaMarr, Jack is still a minimalistic speaker, ever the introspective character, his actions speak much louder than anything spoken. Vigilant to help the powerless, he has fallen into a deep depression. Having spent 50 years fighting Aku and his mechanical monsters after being transported to a dystopian future world, Jack feels the incredible guilt of dishonoring his family, while abandoning them. The ghosts of the past still haunt him, turning his life into a living nightmare as he faces a new and powerful threat. The Daughters of Aku are seven assassins raised and trained with the sole purpose of killing Jack. Seems like he’s got a lot on his plate for Season 5.

It’s been a long time since watching the pilot, which originally aired on August 10, 2001, so I’d totally forgotten Jack’s backstory. As the son of an emperor, he longs to return back to the past of feudal Japan, but he doesn’t doubt that his destiny is death in the future. Series Creator Genndy Tartakovsky expertly crafted stories that mash up science fiction, action, post-Apocalyptic Western, fantasy and horror genres seamlessly. His visual flair — using storytelling via animation, not dialogue — paired with great atmospheric and moody music created a great soundtrack for the intense animation. This season absolutely felt like an improvement over all of the past seasons combined, making me wonder how the series might have looked differently if its intended audience was always an older demographic.

“What madness is this?”

Past seasons of the TV show were always fueled by the hero-vs.-villain interactions of Jack and Aku, but sadly, iconic actor Mako Iwamatsu, who voiced Aku, died in 2006. He is replaced by Greg Baldwin, who does a decent job, but unfortunately the main character feels like it has been written out of the main storyline, as Aku played a very minor role throughout the last season, depressed and seeing a psychologist about his failures to destroy Jack. Aku is the ultimate  evil, personified. Unfortunately, he feels underused. The rest of the voice actors are incredibly solid, with Tara Strong and Tom Kenny doing a boatload of the work.

The series, as a whole, has won multiple awards in the past, including four Primetime Emmy Awards, six Annie Awards and an OIAF Award, and with all the critical acclaim the revival has received, here’s to hoping the show will win a few more. The show’s finale originally aired on May 20th, which was three months ago. I finally got around to watching the revival and, to be honest, I was enjoying it so much, I didn’t want it to end, so I stretched out watching the 10 final episodes. Now that they are done, I am sad. Especially since Jack doesn’t get to live happily ever after.

But There’s Good News: Samurai Jack: The Complete Series will be released on Blu-ray and Digital HD on October 17, 2017. The box set will feature all 62 episodes of the show, along with bonus content, exclusive featurettes, behind-the-scenes extras and special commentary.

With all the renewed attention the show has received (especially since reruns of the final season have been continuously airing each week via Toonami programming), Adult Swim has paired with Fathom Events for a special one-night-only exclusive movie screening. Taking place at select locations on Monday, October 16, the fully remastered premiere movie from the show’s first season will be shown, along with video commentary by Genndy Tartakovsky. Ticket sales will begin on September 15 via the Fathom Webpage.

Will Jack ultimately return for another adventure? You should never say never. Should the sales of the new box set and the movie screening do well, there might be a good chance. You can check out Jack’s further adventures in the non-canon monthly comic books released by IDW Publishing, if that’s your thing. But for the TV show, just look to voice actor Phil LaMarr’s previous project, Futurama, as evidence. That brilliant animated show was cancelled multiple times, but always seemed to get another chance. Here’s to hoping for more Jack. Hopefully it won’t take another 13 years to return.