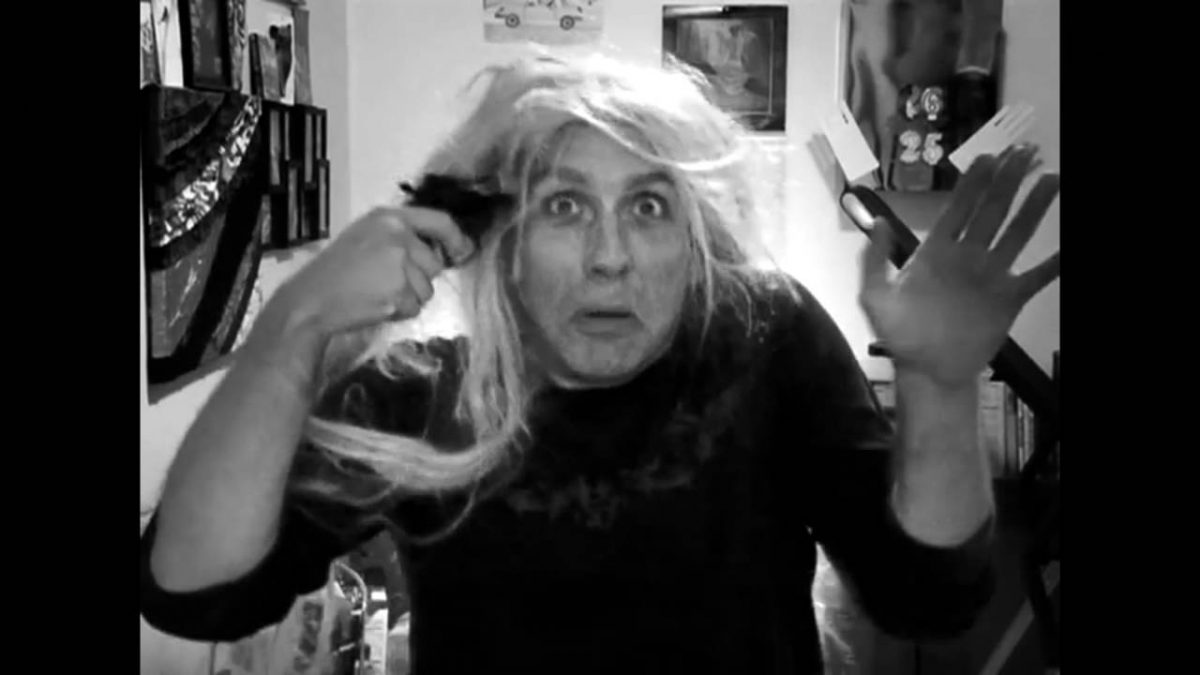 Welcome back to another installment of #hauntlife, the weekly column that focuses on many different aspects of the dark entertainment world. As you probably can tell from the many different topics I cover here, it is a large, strange world. Let me just say thank you to all the readers who keep this blog going.

One of my favorite things to do on here is to review films. Not just any films, though. I like to walk on the wild side. There are so many “mainstream” films out there, but there are even more underground or “indie” flicks that most people never even know exist. This especially seems to be the case for horror films. I mean, you could turn on Netflix or Hulu right now and find a plethora of horror films you probably never heard of or imagined. But even those are too hip for this square.

If you really want to get to the really good stuff, you have to head off the beaten path. No Netflix. No Hulu. The real gems live on sites like Youtube and Vimeo, where independent filmmakers have the chance to showcase their movies. Yes, they typically have bad audio, bad editing and bad acting. But if you are like me, you can almost always find something great to report.

Troma films tend to follow that formula. They scour the media world looking for stand-out films that may not make much money compared to Hollywood, but strike a tone with their audience. Films like Toxic Avenger, Class of Nuke ‘Em High and others started out as just films. But over time, they have become cult icons. And to be honest, I love watching pretty much everything they have picked up and released.

That brings me to my review of Hectic Knife, a new action/comedy flick from writer/director Greg DeLiso and Peter Litvin, who plays the titular role. The film also stars Georgia Kate Haege, J.J. Brine and Traci Ann Wolfe. Budgeted at around $15K, this film proves that low budget does not mean low quality.

The film centers around Hectic Knife, a scraggly haired, jaded vigilante, cursed with immortality, and completely broke. After being trained the art of knife fighting in India, Hectic returns to city life to take on scum and villainy. Just as he hits the lowest point in his life, a new villain named Piggly Doctor breaks onto the scene, ready to take over the world. In order to face this evil, Hectic must reevaluate his life and come to terms with who he is and get back into the game before it is too late.

There are many, many films out there with bad acting, bad fight choreography and bad special effects. Then there is Hectic Knife. The actors and actresses appear to be reading lines off cue cards. The special effects consist of horribly implemented limb-regeneration effects and retractable knife blades. And the fighting looks worse than what you would see at your local city park when the LARPers take the field for competition. In fact, those LARP fights are way more convincing.

With that being said, this movie does not take itself seriously at all. All the things I just mentioned would normally be reasons I would hate this movie. But Hectic Knife just pokes fun at itself. Overblown action, completely stupid dramatic moments, and well placed one-liners make this film something very, very special. And don’t get me started on the bagel scene (I will save that surprise for you lucky people who will watch this flick).

Hectic Knife would make the ultimate drinking film. I found myself cracking up and saying, “WTF did i just hear/see” more times than I can count. If I was taking a shot each time, I swear I would be plastered within 60 minutes. Maybe i should try that next time I watch it.

I give Hectic Knife a perfect 5/5 bagels… er… I mean, shaky light bulbs…. um… stars… yeah… stars. The first 10 minutes made me think, “Great, this movie is going to blow.” But then I realized it was meant to be completely out there. Hectic Knife is off the rails on a crazy train of violent magnificence wrapped in a golden wrapper of comedic genius. I will definitely add this film to my library, as soon as it is available for sale! I hope that Greg and Peter keep their creative juices flowing and bring more films like this.