Here Come The Mummies Get Lively With All Excess

Here Come The Mummies rocked the Ryman Auditorium in 2018. Photo Courtesy: Matt Kelsey/Zombies In My Blog.

Per Matt
The calendar may have technically flipped to November, but Halloween is celebrated year round here, at Zombies In My Blog. In early October, Here Come The Mummies performed a rousing set to a packed house at the Ryman Auditorium in downtown Nashville. That night was also notable because their latest CD, All Excess, was also released then.

Seeing Here Come The Mummies perform live is an unreal — some may say it’s an undead — experience. These great musicians are equally great entertainers and they always create a fun show that will make you move to their music. Since moving back to the area, I’ve really enjoyed seeing this hometown band perform on or around Halloween for the past five years and this year’s location was the best one yet. The Ryman Auditorium felt just right as a venue for the undead rock-funk band, as the historic venue feels intimate, but still seats a large crowd. It’s a perfect place to see Here Come The Mummies!

There was no opening band for the almost two-hour show and the crowd really got their money’s worth. HCTM played many of their hit songs, while “Fenk Shui” and “Freak Flag” really got the crowd into the funky spirit. Proceeds of the show were donated to Cumberland Heights, which helps provide financial assistance benefiting chemically dependent adolescents and young adults.

If you’re not able to see Here Come The Mummies perform live, then you should definitely check out their new album. All Excess is a nine-song CD that includes 37 minutes of funk recorded during the 2018 Wicked Never Rest Tour. Individual songs were recorded live at Alabama, Florida, Illinois, Indiana and Iowa tour stops. 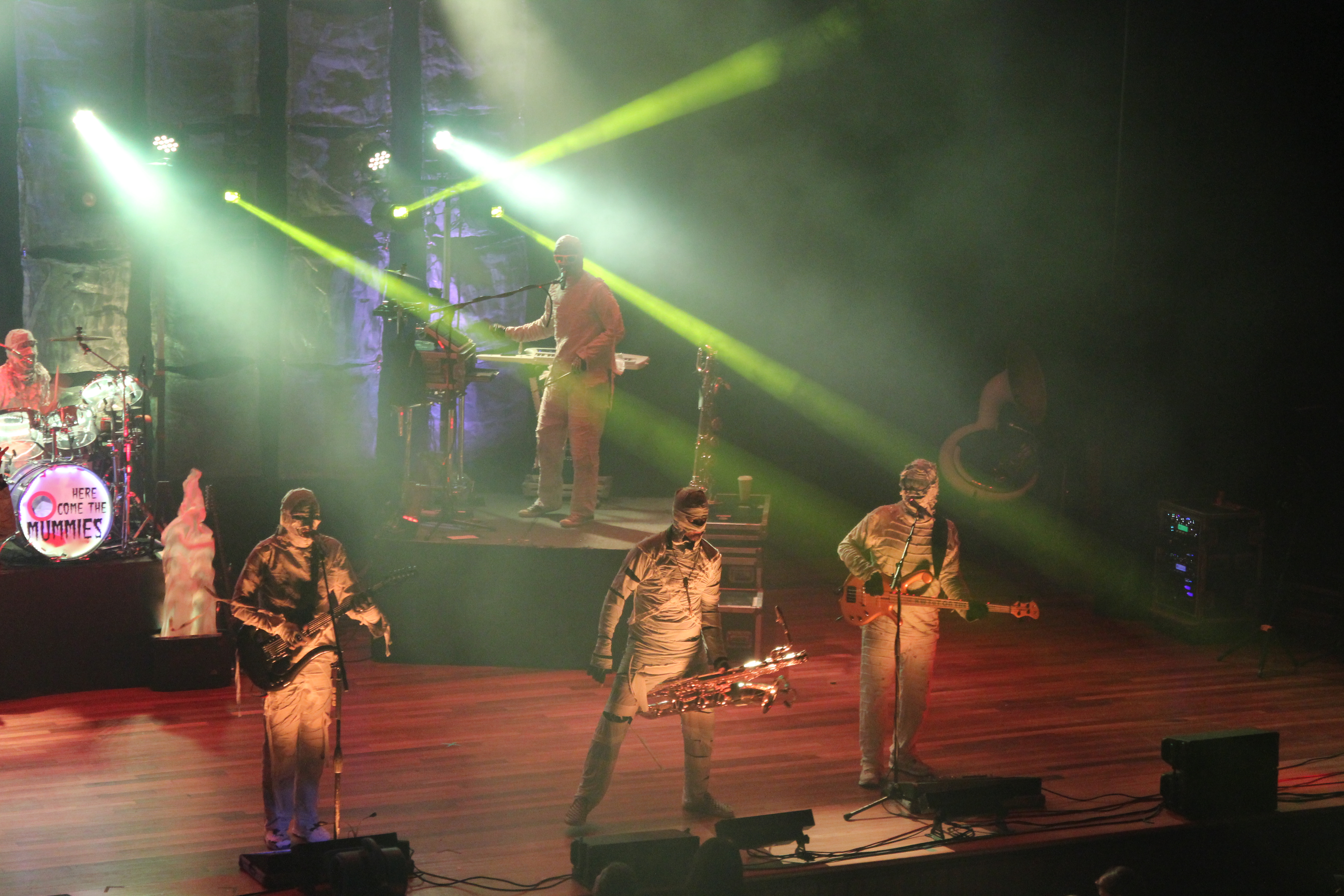 Here Come The Mummies get funky at the Ryman Auditorium in Nashville, TN. Photo Courtesy: Matt Kelsey/Zombies In My Blog

While Here Come The Mummies might be known more for their suggestive (and suggestively outrageous) lyrics, the band should be equally known for their impressive music, as many of these performers have previously won Grammy awards. There’s a funky horn section in “Whip it Out” that features great trumpet and saxophone riffs. “Hit Me” feels like it would feel at home in a ’70s-themed movie or TV show. The keys sound great, as always, on “Threeway on the Freeway” and “No Vaseline.” There’s a familiar lyrical theme to “Shag Carpet” and “She Loves Dick” and the great Latin musical theme of “I Spy” differentiates it from all the other songs in this release. The bass and lead guitar both sound on point in “Telescope” and “Flying Solo.” I’ve got to say “Whip it Out” is really easy to groove to, which makes it my favorite song on this release.

Overall, if you’re remotely a fan of George Clinton and Parliament, there’s shades of those bands within HCTM, but naturally, Here Come The Mummies seriously take their funk to another level. If you get the chance, definitely check out the band live in concert and get their new CD from their webpage.

To quote Mummy Cass: “Nothing else matters.”