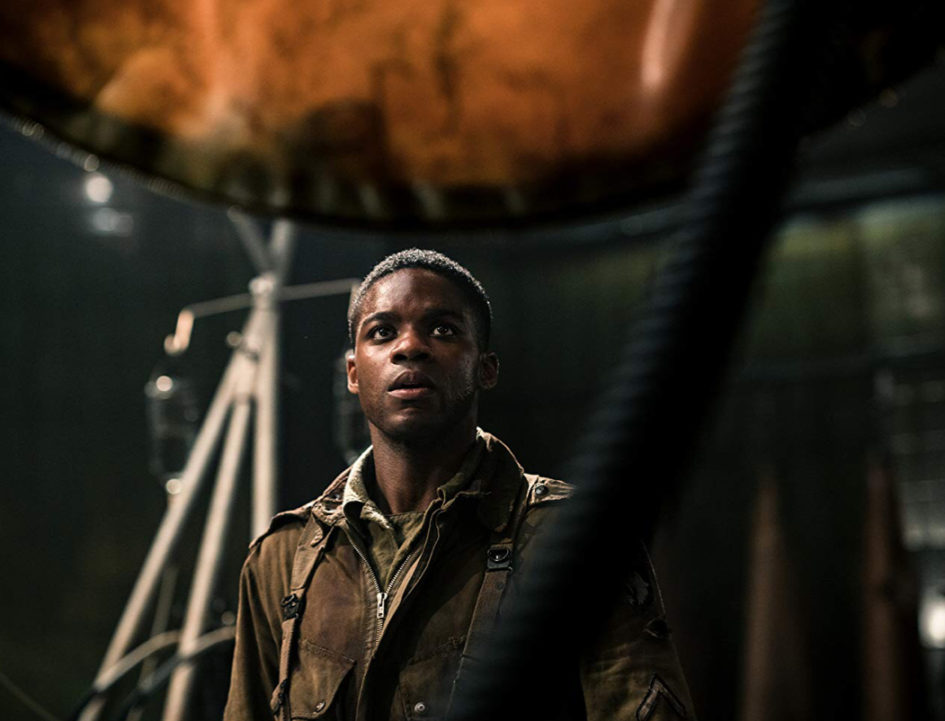 When I saw the trailer for Overlord, I was as excited as I was skeptical.

So many times you will see a good trailer only to find out the clips were the only good things about the movie. Sadly, that is the case for Overlord. Don’t get me wrong, it was OK, but did not satisfy my lust for blood and horror. I will give Director Julius Avery props for making this movie about more than just a rerun of every Nazi/American soldier movie ever made.

Here is what I liked: The makeup and effects were pretty good. I’d love to say they were great, but you will just have to judge for yourself. Like biscuits in the oven, everyone has an opinion on whether they are brown enough. When you think of WWII movies, you usually think of French countryside and you wouldn’t be disappointed. I think the French countryside is tricky. Too much cutsie and it looks fake. These guys were just a hair over with the “damaged” hole in the roof, so I gave it a thumbs up. You get the gist of what the setup was for the movie.

When the movie begins, I settled into my heated recliner and prepared to be scared and waited and waited and waited. Finally, I got to the part I love: the reveal. I’m convinced that the timing of the first sighting of the monster is crucial. You see glimpses in the trailer, but you only get the total effect within the movie. Some people will say a director will build up suspense to have the maximum effect. I say that only works if the end is worth it. So, in this case, it was just frustrating.

This movie starts with soldiers on a mission, but not on the mission they thought. You will see see some French countryside and Nazis, mad scientists, talking heads, a not-so-loveable kid and some monsters. Sounds like overload to me.

There is good news in all of this. First of all, I got to see trailers for several new horror/superperson movies that could be a big deal. Anytime Stephen King is involved, I’m there. Remember Pet Cemetary? It’s back. One of the trailers is just so exciting that I didn’t believe how it would work. It involves characters from three different movies all meshing together. Remember this word: GLASS. You will understand when you see the trailer. One of my favorite directors is M. Night Shyamalan. This may just get him back at the top of the heap. So, buckle up little buckeroos. Good things are on the way.

Oh, so sorry, are you overloaded with information yet? I know you started reading, hoping for help on whether to put down your hard-earned money on Overload or not, but I can’t give you that. I can only say I saw it once, but wouldn’t go to a theater to see it again. I would watch it on Netflix one more time. On a scale of one being the worst and five being best, Overlord gets two-and-a-half Zombie heads.